V Conference of Otorhinolaryngologists and Audiologists of Russian FMBA

On 21 and 22 May 2018, the meeting took place in this beautiful city blooming with lilacs and drowning in emerald greenery, in the Clinical Hospital No. 122 named after LG Sokolov. Previous conferences were held three times in Siberia, once in St Petersburg, and now again in St Petersburg.

The programme started with a lecture from the conference President, Professor Y Nakatis in which he talked about his 45 years of experience in otorhinolaryngology, including a short but very touching film about his journey in the profession.

On the first day, there were sessions on paediatric otolaryngology and audiology. W Mann presented new data on the relationship between obstructive sleep apnoea and otorhinolaryngological pathology. M Profant’s talk was about cochlear implantation in patients with otosclerosis. The day ended with a discussion of the problems of occupational pathology in otorhinolaryngology and two satellite symposia devoted to the treatment of hearing loss, in addition to live transmission from the operating theatre for surgery performed by Dr H Diab, and laryngeal surgery which was performed by Dr I Nazhmudinov. 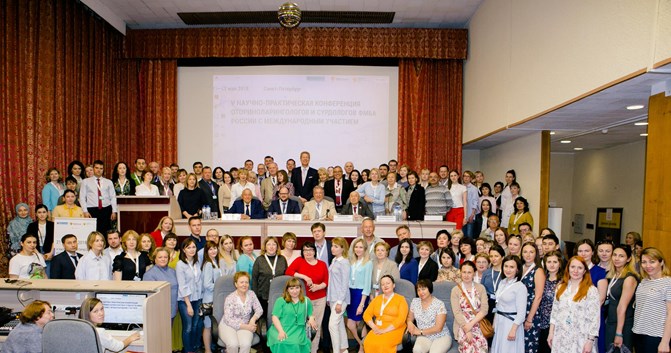 The sessions of the second day were on throat and larynx diseases, paediatric otorhinolaryngology, and general problems of otorhinolaryngology. An attempt to establish a link between obstructive sleep apnoea and pharyngolaryngeal reflux was made in the report by A Lopatin. R Puxeddu shared the current state of surgical treatment of the laryngeal carcinoma. The second day ended with a symposium on the use of bacteriophages in correcting disorders of the biocenosis of the mucous membrane of the upper respiratory tract.

A dinner was arranged in a Neva boat with delicious traditional Russian plates, and wonderful music. At the end of conference Prof Y Nakatis announced the release of a new journal, Experimental and Clinical Otorhinolaryngology. 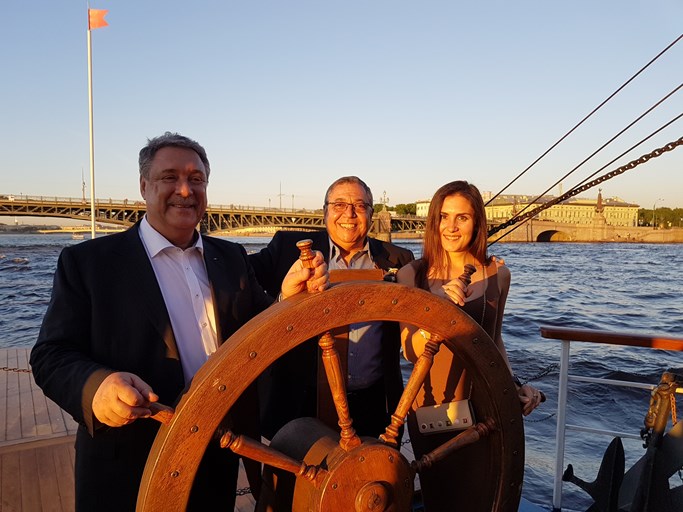 A dinner in a Neva boat