Cochlear implantation in Tanzania: the journey and the outcomes
By Aveline A Kahinga and Ali F Jaffer

It is estimated that over 400 million people worldwide live with disabling hearing loss, 39.9 million of whom live in sub-Saharan Africa [1]. This article by Dr Aveline Kahinga and Mr Ali Jaffer demonstrates the effort that has been made in Tanzania’s journey to meet the needs of profoundly deaf children.

A recent study assessing newborn hearing in Tanzania revealed a prevalence of hearing loss of 0.5% in a group of 600 neonates [2]. This translates to five per every 1000 live births. The lack of early identification and intervention programmes in this region when compared to other regions around the world means that childhood hearing loss often remains undiagnosed until later in life.

These children are only diagnosed after concerns are noted by their caregivers about delayed speech development, usually around two years of age. Similarly, prior to the introduction of universal newborn hearing screening in high-income countries (HICs), the average age at diagnosis of congenital hearing loss was approximately 20 months [3]. Additionally, in low- and middle-income countries (LMICs) there is often a delay in intervention. This is due to a variety of reasons including a lack of audiology services and financial constraints, as well as the time it takes for parental acceptance due to the stigma attached to deafness.

The start of the journey

Over the past decade, a considerable effort has been made within the ear and hearing care field in Tanzania. There is an increase in awareness of hearing loss and the steps that can be taken for an early diagnosis. This has been supported by the introduction of more comprehensive diagnostic services at various centres, primarily in the capital, Dar es Salaam. Although newborn screening programmes are not widespread, the availability of otoacoustic emission and diagnostic auditory brainstem response (ABR) testing allows for more prompt diagnoses. In the past, a patient would go to Kenya, South Africa, or India to obtain the same services.

“Children from the first round are beginning to attend mainstream schools alongside hearing peers, and some of them are bilingual already”

With diagnostic services improving and becoming more accessible, steps were then taken to offer intervention to patients diagnosed with hearing loss by way of digital hearing aids. In Tanzania, the uptake of hearing aids is influenced by similar factors to those identified in other countries: stigma, appearance, high expectations, and financial constraints [4]. Financial factors play a major role in influencing decision-making for hearing aid uptake in developing countries, especially where national health systems or insurance do not cover them. Nonetheless, as awareness of the consequences of hearing loss and the benefit of intervention increases, hearing aid uptake is gradually rising.

The next stage: cochlear implantation

This brings us to the next stage in the hearing care journey – cochlear implants. All over the world, the advent of the cochlear implant revolutionised the management of patients with severe to profound sensorineural hearing loss. It offered a solution for this group beyond conventional amplification [5]. Over the years, several patients in Tanzania - primarily prelingual hearing impaired children - not benefitting from hearing aids were being implanted in other countries. While this served to implant over 50 patients who required the device, it came with its own set of challenges. Firstly, the cost per patient was quite high. This included air travel, accommodation from pre-implantation until switch-on, the implant itself, surgical and hospital fees, and rehabilitation for a few months post-implantation. Once the patient returned home, they would need to travel back to the other country for services such as mapping, troubleshooting, and for spare parts. This was not cost-effective and prolonged the time it took for patients to access any of these services.

“With an increasing number of patients requiring rehabilitation services, the introduction of speech and language programmes at universities within Tanzania is vital to meet growing demand”

In 2013 Dr Edwin Liyombo (Head of ORL at Muhimbili National Hospital) and Mr Fayaz Jaffer (Audiologist & CI Specialist at HearWell Audiology Clinic) initiated the process of making these services local by establishing the Cochlear Implant Group of Tanzania (CIGT). They worked tirelessly alongside MED-EL towards this goal, beginning with capacity building of audiologists and speech therapists. Health workers from the hospital and HearWell were sent on training courses organised by MED-EL, and were given access to equipment to locally support cochlear implant (CI) patients. Mapping of CI processors, troubleshooting of the devices in case of failure, and spare parts were now all available in Tanzania. In 2016, the 3rd International MED-EL Rehabilitation Academy was held in Dar es Salaam, involving participants from 11 different countries and promoting proficiency in cochlear implant rehabilitation. 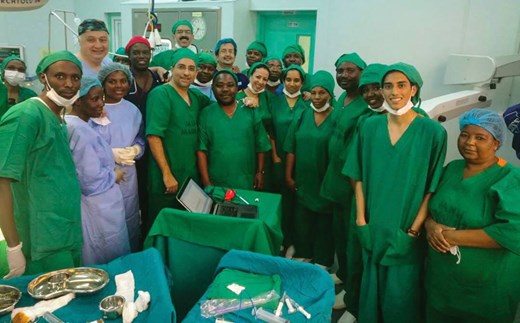 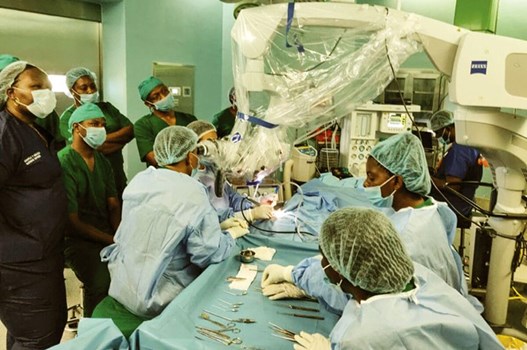 Surgical team in the operating theatre. 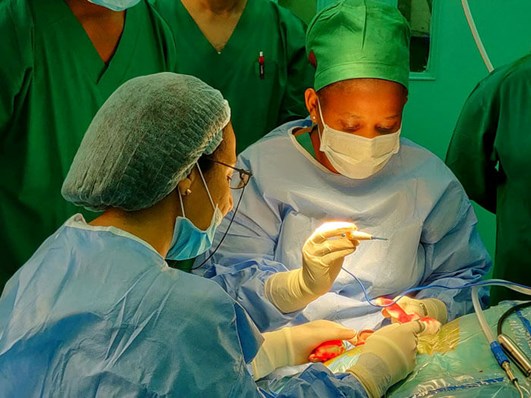 These efforts culminated in the first ever cochlear implant surgeries done in Tanzania in June 2017. Five prelingual children were unilaterally implanted at that time. From then until May 2021, 39 patients have been implanted, two of whom were bilateral implantees; 38 are prelingual children, and one is a post lingual adult. The most recent round of surgeries was carried out in April 2021 and included the first ever case of incomplete partition III (IP3) implanted in the country.

As members of the cochlear implant team, we can confidently say that the programme is exceeding expectations. The cost per patient has been reduced significantly as all services are now readily accessible within Tanzania. Children from the first round are beginning to attend mainstream schools alongside hearing peers, and some of them are bilingual already!

Of course, every development presents its own challenges, with one being limited funding for implants. Although implants are more available, there are not enough to cater for the increasing demand. Parental commitment, as in HICs, is another significant challenge to navigate, especially with prolonged rehabilitation. Nonetheless, parents are becoming more aware of the importance of rehabilitation and are better equipped to deal with the challenges they face based on the experiences of former parents. 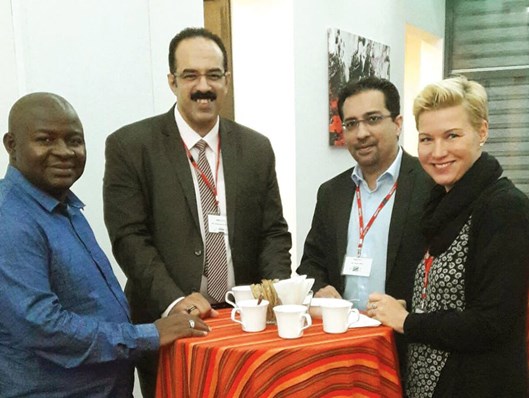 Looking to the future

With a cochlear implant programme now up and running, Tanzania seeks to continue its development. Three areas are being targeted – screening, education, and access. The implementation of screening programmes around the country will significantly reduce the time to diagnose hearing loss and provide an accurate estimate of its prevalence.

With an increasing number of patients requiring rehabilitation services, the introduction of speech and language programmes at universities within Tanzania is vital to meet growing demand.

Finally, we aim to foster the development of audiology and speech therapy services in other regions around the country. This will also increase access to these services and allow for quicker diagnoses, thereby reducing the impact of hearing loss in the population.

When looking back at this journey, it is clear that it could not have been possible without a number of passionate individuals. Dr Edwin Liyombo and Mr Fayaz Jaffer still lead the country’s efforts in the advance of ear and hearing care. Mohamed El-Disouky of MED-EL has been an unwavering supporter of this programme and of the capacity building of surgeons, audiologists, and speech therapists. We have to acknowledge the late Professor Hassan Wahba of Ain Shams University, Cairo, and Dr Sunil Dutt of Apollo Hospital, Karnataka, for performing the first surgeries in Tanzania, and Professor Lobna El Fiky of Ain Shams University, Cairo, for continuing the mentorship of local surgeons. 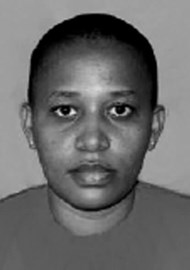 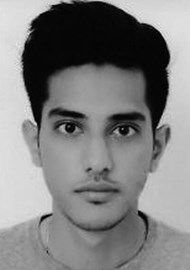