There are a variety of ways to reduce the bulk of hypertrophied turbinates. Kimberley Lau and Showkat Mirza describe their technique which can be used in difficult cases and with minimal morbidity. As ever, one aim should be to avoid excessive removal of the turbinate tissue to avoid the risks of dryness and crusting that may ensue.

One of the common causes of chronic nasal obstruction is inferior turbinate hypertrophy, which may be due to allergic rhinitis or drug-induced rhinitis. Chronic nasal obstruction can significantly affect the patient’s quality of life. The first line of treatment is normally medical, which includes short-term decongestants and/or corticosteroids.

The term ‘turbinoplasty’ was introduced in the 1980s [2,3] and is an umbrella term that covers various methods of intraturbinal surgical reduction of the inferior turbinate with preservation of the mucosa. Currently there is a lack of consensus as to the ideal surgical mode of treatment for turbinate hypertrophy. There is, however, consensus that techniques which preserve nasal mucosa have lesser side-effects and complications than those techniques in which the mucosa is damaged [4]. The main serious complication of turbinate surgery is bleeding.

Technological innovations in rhinology surgery have led to the development of powered microdebriders that have been used in turbinate surgery since the 1990s. The goal of microdebrider-assisted turbinate reduction is to excise the erectile soft tissue of the inferior turbinate while preserving the overlying mucosa. However, the risk of bleeding persists in this type of procedure.

The Olympus Diego Elite System is the only powered debrider platform with built-in haemostasis using bipolar available for ENT. Here, we present a challenging case as an example of where a Diego Elite microdebrider turbinoplasty was performed with a 2mm bipolar PKSMR blade.

We present the technique in the case of a 43-year-old female who complained of bilateral nasal obstruction for a number of years due to rhinitis medicamentosa from chronic decongestant spray usage. She had a number of medical problems including pulmonary hypertension requiring warfarinisation and she was HIV positive. She had already undergone cautery and outfracturing to inferior turbinates as well as a radiofrequency to inferior turbinates by other surgeons but with no improvement with either procedure. Due to the pulmonary hypertension, she was not fit for a general anaesthetic and if the warfarin had to be temporarily stopped, she would require heparinisation.

She had been tried on maximal medical management including avoiding decongestants, oral prednisolone, topical betamethasone nose drops and steroid sprays as well as oral and topical antihistamines. 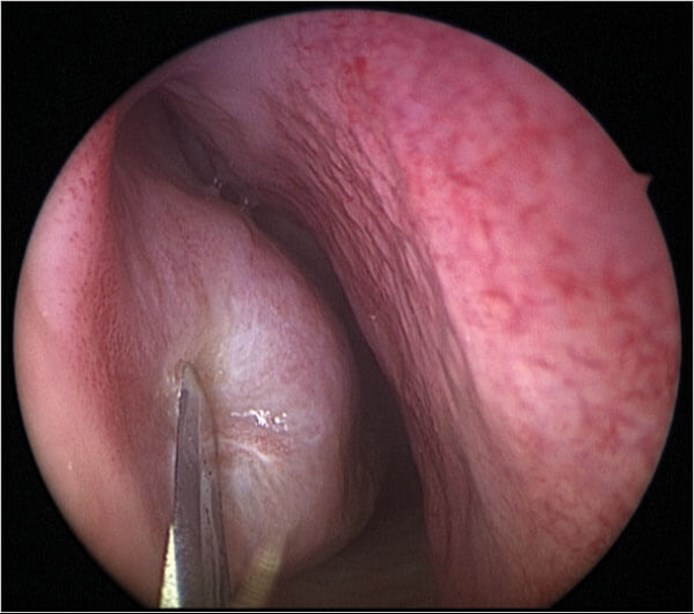 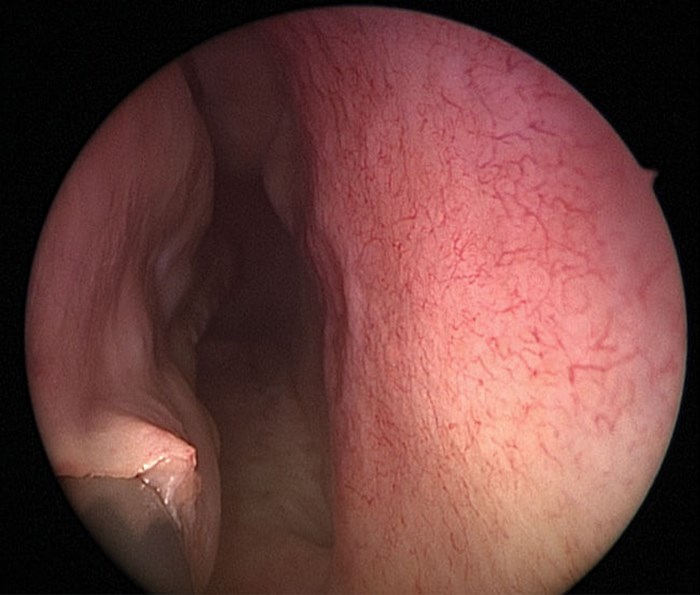 Surgical options included a partial turbinectomy or turbinoplasty but there was a significant risk of severe primary and secondary haemorrhage. We elected to perform an endoscopic submucosal 3mm Diego Elite microdebrider turbinate reduction on one side initially to minimise bleeding and avoid significant bilateral nasal packing that would be uncomfortable. The procedure was performed in theatre under local anaesthetic with no sedation, and universal precautions were taken. Moffett’s solution was applied topically on neuropatties and the anterior end of the inferior turbinate was infiltrated with 2.2ml Septanest (4% articaine with 1:200,000 adrenaline). A small stab incision was performed with a No. 15 blade (Swann Morton) at the anterior end of the turbinate to allow entry of the Diego Elite microdebrider.

A submucosal debulking and high setting cauterisation of the submucosal soft tissue was performed along the whole length of the turbinate. The turbinate was seen to visibly ‘shrink’ with minimal bleeding observed. The nasal cavity was packed with two absorbable Nasopore packs.

The submucosal Diego Elite 2mm bipolar microdebrider turbinoplasty is a relatively new technique to effectively reduce turbinate hypertrophy while reducing the risk of bleeding. The procedure can be comfortably done under local anaesthetic and may be particularly useful in challenging cases where there is a significant potential for severe bleeding. This technique can also be used in children who have persisting turbinate hypertrophy after cautery to the inferior turbinates. 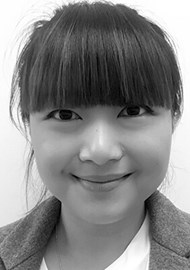 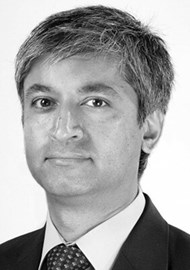