In this interesting article the author describes the potential benefit of mindfulness in the management of tinnitus, using a case report to illustrate this.This may well be an additional direction we can suggest for our patients. 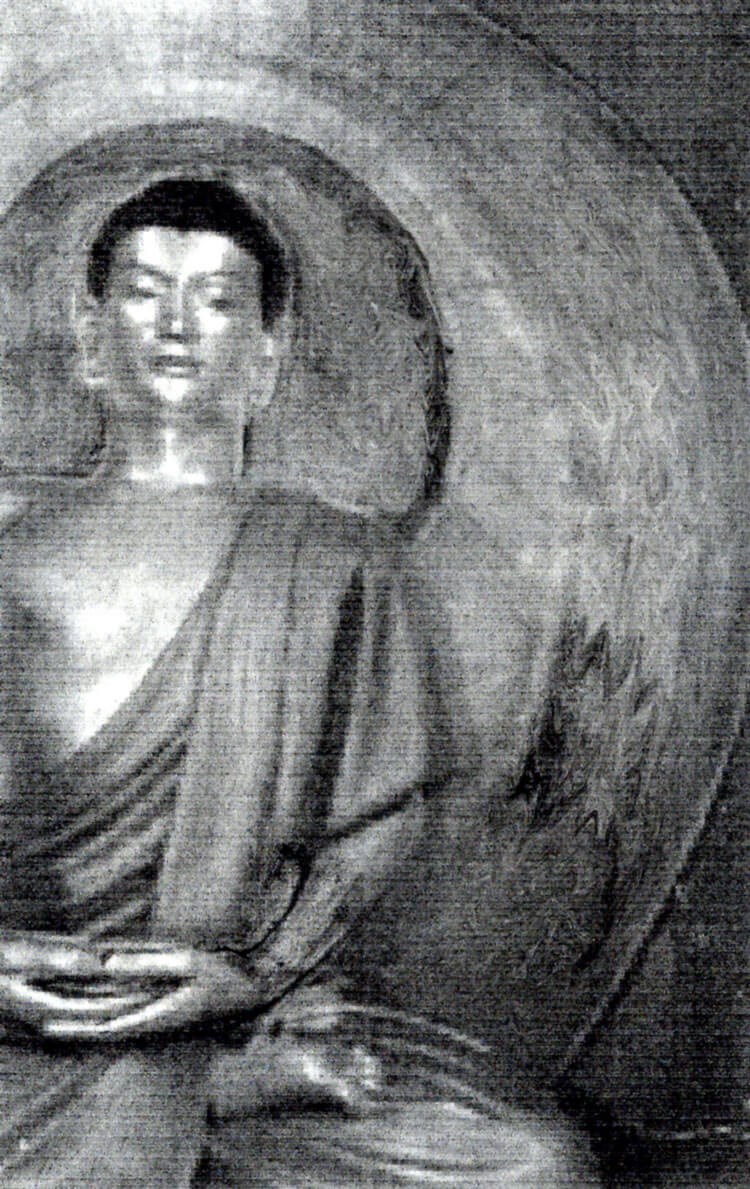 Meditation and mindfulness-based cognitive therapy (MBCT) both require training to bring attention to the present moment, and a sustained awareness of environmental and/or internal bodily activity. The process of perception is not forced, but ‘eased into’ and the meditator needs to remain unattached and at ease, merely observing rather than attempting to control.

The patient is a 68-year-old right-handed retiree. He experienced increasing pain and limitation of movement in abduction and external rotation of the left shoulder. This restricted his daily leisure activities and tasks such as using the handbrake when driving. The pain was excruciating. The pain onset was rapid, increasing in intensity over three days. The onset was not related to any trauma. He was engaged in strenuous gardening. An ultrasound scan of the shoulder joint revealed a glenohumeral joint effusion and oedema of the rotator cuff muscles, without tendon tear. Inflammatory markers were negative. Examination revealed clicking on movement, indicative of osteoarthritis.

He was referred for physiotherapy and initially required naproxen 500mg TDS and subsequently paracetamol 1g TDS. There was no indication to aspirate the joint and inject steroids.

He was able to engage in graded exercises. Pain tolerance was helped by his skill in mindfulness meditation. Meditation also helped the patient to sleep. The pain and pain-free range of movement improved within two weeks. He was asymptomatic by three weeks.

The practice of mindfulness

I commence meditation in the sitting posture, but not sitting cross-legged on account of lumbar disc prolapse. I meditate seated in a chair with my eyes closed and hands on my lap. I bring my attention to the awareness of my body, scanning the body from my head gradually progressing towards the soles of the feet. This relaxes the muscles except those maintaining posture. During the scanning, one becomes aware of rhythmic respiratory movements of the chest and abdomen and the beating of the heart. Mindfulness meditation can be commenced and sustained using numerous foci of attention, e.g. a spinning prayer wheel, an incantation, a lamp, or an image of a deity.

The Buddhist discourse, Anapanasati Sutta [3] recommends the focus on one’s breath; either the rising and falling of the chest and abdomen or the sense of air entry through nostrils. Whilst meditating on the breath, environmental sounds can intrude, but as the focus on breath improves, all distractions fade. Whilst attention is focused on the breath, it is imperative that one also ceases thoughts which bring forth images and memories of the past or plans for the future. Mindfulness requires that the meditator keeps the attention on the present moment. Focused awareness on breathing stops the mind wandering into the past and the future. 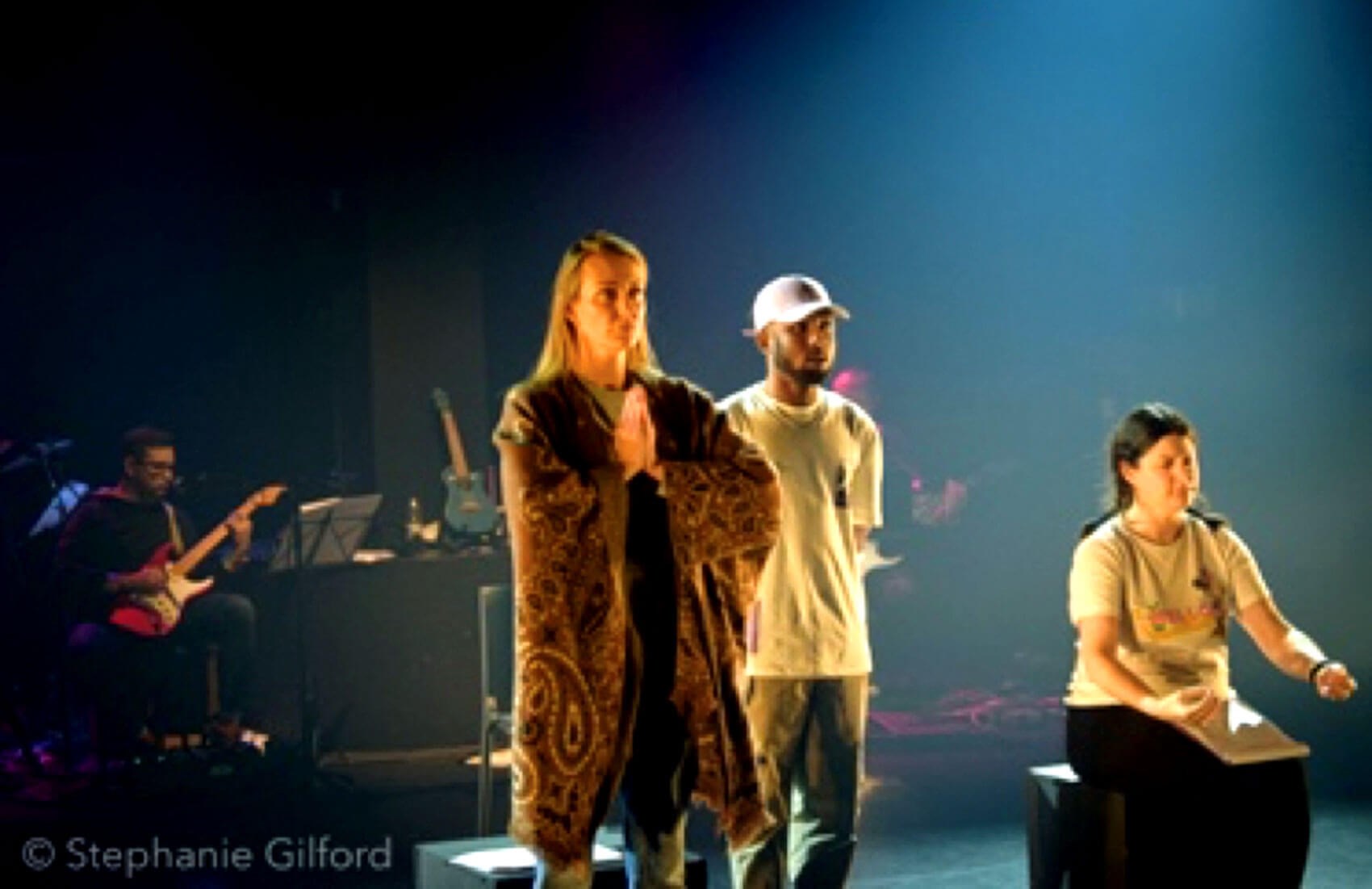 Are we there yet? Play by Jaika Witana from 14/48 Theatre Festival 2022.
Extract from the script: “The past is a fading memory... the future an unfulfilled dream.
The only reality is the sliver of existence in this present moment”.

Experiences I describe may be personal but there could be some commonality with other meditators. For someone well experienced in breathing meditation, the calm state of mind can be established in a few minutes. I experience a sensory arousal akin to tingling, pins and needles sensation throughout the body. This gradually subsides and there is gradual diminution of awareness and ‘disappearance’ of the hands, palms, kept one on top of the other and vanishing (awareness) of my face. In approximately an hour, a serene calmness is achieved. The Buddha’s discourses describe a sublime sense of happiness.

The ability to focus on the meditation object, be it a natural bodily activity e.g. breathing, or an external stimulus e.g. beam of light, or a sound such as the rustling leaves enables the meditator to disregard unpleasant intrusive sensations such as pain or discomfort. It trains the individual’s mind to gradually subdue the pain by reducing its perception. Detaching oneself from the unpleasant sensation and observing/perceiving it from a mentally-created remote vantage point is a meditative process taught by the Buddha in one of his discourses [4]. This is a useful means by which to let the pain come into perception but keep it distant.

Just as the perception of cutaneous sensations could be placed on a scale from pleasant to unpleasant, auditory sensations too could be placed on a perceptual scale from soft sounds, pleasant music to unbearable, uncomfortable high intensity sound inducing discomfort or pain. Tinnitus that arises in the auditory system which ‘mimics a sound’ could also be arranged on a similar spectrum.

"An individual experienced in mindfulness techniques could, using the same techniques to manage pain, train oneself to develop a tolerance and thus subdue even intrusive tinnitus"

An individual experienced in mindfulness techniques could, using the same techniques to manage pain, train oneself to develop a tolerance and thus subdue even intrusive tinnitus. I have noticed an increased awareness of bilateral tinnitus whenever there is sensory arousal in meditation. The same methods used to distract from the tinnitus, i.e. increasing awareness of breathing or detached observation of the tinnitus from a ‘mentally created vantage point’, decreases its subjective loudness.

A comprehensive account of how to deal with sound and perception of tinnitus is described in a Buddhist discourse of the Northern Tradition. Surangama Sutta [5] describes the way to acquire the skills to meditate using sound or tinnitus as an object of meditation.

I refer the readers to online resources on Buddha’s discourses and also advise readers to access online talks by Buddhist monastics and learn meditation. Practitioners could visit Buddhist temples and learn meditation techniques, without changing one’s life views or religion. The knowledge and skills gained would be an adjunct to the therapeutic skills learnt in the course of professional development.

Acknowledgement: I wish to thank Kasun Witana, BSc (Hon), Chartered Physiotherapist, for his contribution to this article.

Declaration of competing interests: JW is a Theravada Buddhist (i.e. of the Southern Buddhist Tradition) and is a mindfulness meditation practitioner. 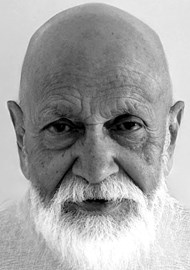