AUDIOLOGY - In conversation with Chris Mennan: A patient’s perspective on  single-sided deafness
Interviewed by Alex Griffiths-Brown

Chris Mennan is a retired policeman and started working as an Audiology Technical Officer at the Shrewsbury and Telford Hospitals NHS Trust in 2012. In this article he speaks to ENT and Audiology News Features Editor, Alex Griffiths-Brown, about his experience of single-sided deafness. 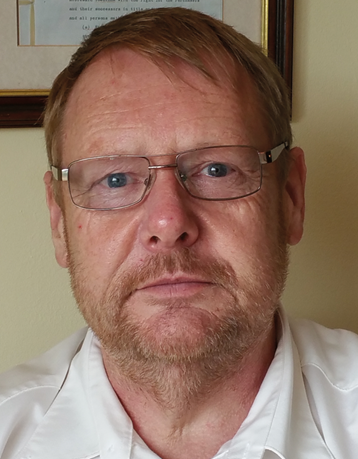 How did you lose hearing in one ear?

Overnight is the short answer. I went to bed as normal but during the night I was awoken by popping and banging noises in my left ear. The following morning the hearing in my left ear sounded very dull and I had a constant noise which sounded like a big diesel engine ticking over. The following day I went to an emergency access ENT clinic and had a hearing test. I was given a hearing aid which quickly became of little use to me because within about a week all high volume sound caused discomfort and sometimes pain. At the time this happened I was on a high dose of bromocriptine having been recently diagnosed with a pituitary tumour.

What impact has this had on everyday life and on aspects of life which you particularly enjoyed?

When this happened I was already in a fairly dark place having had an accident at work and retiring from my job of 25 years as a police officer, the last 17 of which I was a dog handler. I was in constant discomfort, sometimes severe pain as a result of damage to my spine and had become depressed. My hearing loss just made things worse. I had great difficulty accepting what had happened and that I could no longer hear properly. One day I could cross a road safely and within a week I could have quite easily been run over, as I was unable to appreciate where vehicle noise was coming from.

“I find it very hard to be in noisy places like restaurants and pubs or even meetings at work and I feel a great pressure to try and just fit in.”

I gradually acclimatised to the left ear being dead and just hearing a constant waterfall or lorry engine, sometimes I was even convinced I could hear people mumbling. At this time I had very reasonable hearing in my right ear and was told by my consultant that the NHS did not consider single sided deafness to be a medical problem and that I should basically just get on with it. I found this very, very hard to take.

I also found I was unable to tolerate noisy places and my ability to comprehend speech in the presence of any type of background noise made me quite emotionally upset, especially when it was something that mattered to me. I very quickly became annoyed, then upset and then angry. The worrying part is that I have a great deal of difficulty controlling this even now, I am unable to comprehend speech even if the kettle is on in the office at work. If someone speaks to me while I am typing up notes my mind empties of what I was trying to do and I find this really hard to manage even now 14 years on. I find that certain noises, for example china, cutlery noises, chairs being dragged across the floor, are horrific and shocking noises for me and I feel the urgent need to get away from them.

What adjustments have you had to be make?

I think that I am the sort of person who really doesn’t do this very well generally! After I was fitted with a BAHA at the Queen Elizabeth Hospital in Birmingham in 2010 the head shadow problem has 95% disappeared and since the Oticon Power Plus was fitted in January 2014 things like clarity have improved further. As I have now lost a lot of the high frequency hearing in my right ear the BAHA is at its limit and I’m wondering what’s next. I find it very hard to be in noisy places like restaurants and pubs or even meetings at work and I feel a great pressure to try and just fit in. In reality I suppose that it isn’t going to happen. I have just about every conceivable toy, like FM systems and directional microphones to help me, but the majority of the time they can be more of a nuisance than a benefit. As a result of these problems I don’t go out socially anywhere near as much as I used to because I am unable to converse with people, which rather defeats the object of going out.

“The BAHA helps as it removes the problem of head shadow and the head shadow’s part in my problems with hearing consonants. I find that speech recognition is better with it than without it.”

Has the BAHA been beneficial?

My first BAHA was an analogue device which did help a bit but I was slightly disappointed with it. With my next device the clarity was a lot better but despite many attempts we could not stop it feeding back. I wrote to Oticon Medical and told them my story and asked for help. They flew Tove Rosenbom (their Head Audiologist) to Birmingham where she fitted me with a Ponto Power BAHA. I was very impressed with this device and clarity of speech came back to me at a higher degree than previously. It even seemed to help a bit in noise. I would put it on in the morning and forget it was there. This BAHA virtually removed the head shadow effect and the latest Ponto Plus Power which I have now had for 18 months is even better.

What situations does having a BAHA help with, and where is it of no benefit?

The BAHA helps as it removes the problem of head shadow and the head shadow’s part in my problems with hearing consonants. I find that speech recognition is better with it than without it.

The BAHA provides no benefit in terms of being able to tell where sounds are coming from. The disadvantages of it are that I can’t wear it when cutting hedges or when I’m working in small spaces, under the car for example – as I keep knocking it off. It also attracts dumb questions! 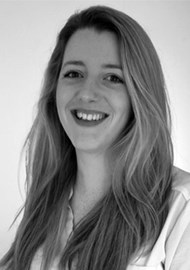