EBM and ENT: In conversation with Martin Burton
Interviewed by Maha Khan

As part of our new Evidence-Based Medicine section, we’re honoured to feature an interview with Professor Martin Burton, Director of the UK Cochrane Centre. Professor Burton is Professor of Otolaryngology at the University of Oxford and Consultant Otolaryngologist at Oxford University Hospitals, with a clinical practice in otology. His academic interest is in the application of evidence-based medicine. Maha Khan asks Professor Burton about his professional journey and his current role within Cochrane UK. 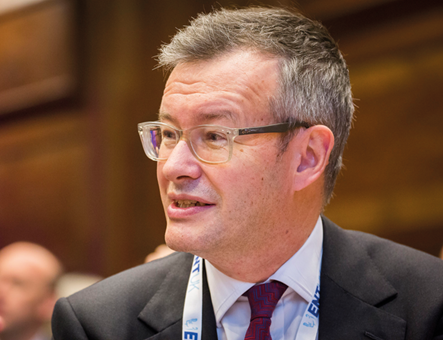 Professor Burton, could you tell us more about how you became involved in academic medicine?

As an SHO I had an interest in having a clinician scientist career and I was working at Southmead Hospital, Bristol. At this time it was early in the days of cochlear implantation and I decided to take some time out to go to the United States and do some research in the area of cochlear implantation, and the most encouraging response was from Joe Miller at the Kresge Hearing Institute in Michigan. He offered me the opportunity to spend a year there in 1986-1987.

While I was in the States, I met two clinicians – one was John Kemink, who was the head of the Division of Otology at the University of Michigan, and the other was his fellow, John Niparko. They were very encouraging from a clinical point of view.

When I first spoke to people about going to the States, they advised me that I would find it difficult to return to the UK system, but it was easier in those days to take time out. When I did come back, people were interested in meeting me precisely because I had done something a bit unusual.

Do you recall any other mentors who have been strong influences?

Whilst I was a registrar in Oxford, Bernard Colman, Bill Lund and Andrew Freeman were very encouraging of my academic endeavour. I had the opportunity to take a year out and work with Professor Graeme Clark, another great mentor, in Melbourne in 1991. A couple of months later I began my senior registrar post in London and was particularly influenced by the University College Hospital consultants who were very supportive of my clinical development.

After this, I decided to gain some advanced clinical experience in the States, and this is where history comes into it. John Niparko, who was the fellow I worked with in Michigan in 1986, was now the head of otology at John Hopkins, Baltimore. I became John Hopkins’ first ever fellow in neuro-otology and skull base surgery at his instigation, which was exciting!

“You don’t need to worry too much if the research you do at the beginning doesn’t end up being your life’s work. People sometimes hesitate as they are unsure what they want their life’s work to be, but you should just get on with it.”

The next person who has been very influential is Sir Iain Chalmers, one of the founders of Cochrane. It was fortunate at the time that the evidence-based medicine movement had just got going, and I suggested to Iain Chalmers that I would return once a Cochrane ENT group had been established, as there wasn’t one then. He instead encouraged and guided me through the process of assembling a group of like-minded individuals to establish the Cochrane ENT group, launched in 1998.

What was the biggest challenge that you faced whilst gaining your research experience?

I think challenges faced by trainees now are different; on one hand it was easier to move in and out of the system then, but on the other hand the training system was less certain with more steps involved, which made it easier to step outside.

I think it is helpful to do research earlier rather than later, as the sooner you do some, the more you can build on it. The other side of the coin is that you don’t need to worry too much if the research you do at the beginning doesn’t end up being your life’s work; there are plenty of examples of people who began their academic life in one area and have ended up in quite a different area. One example is George Browning, whose MD was in gastro-oesophageal reflux but he is a renowned otologist. In my case, my original research was in cochlear implantation and I don’t do implants anymore. So, any research experience is training in methodology, techniques, critical thinking and scientific writing. Anything can be helpful! People sometimes hesitate as they are unsure what they want their life’s work to be, but you should just get on with it. Serendipity does play quite a big part in this; opportunities open up, doors open and close in quite random ways sometimes.

What is your present role in Cochrane ENT?

Cochrane groups are based around clinical topics and led by a coordinating editor; for many years I was the only coordinating editor of the ENT group. At the time, it was usual for groups to have one coordinating editor. It is now more normal to have two. The point at which we got a second one in ENT was when I took on the role of director of Cochrane UK. It was therefore too much to undertake both roles, and Anne Schilder joined us.

Can you tell us about what the Cochrane ENT group has been working on recently?

When we started, we had no ENT reviews in the Cochrane library! We relied on individuals coming forward with an idea and we helped them prepare a review on almost any topic within the general field of ENT. People would prepare their initial review, we would help them revise it and help a lot with training them ‘on-the-job’. What we ended up with was a set of reviews which reflected the interests and enthusiasm of our contributors.

That was 10 or more years ago. The pendulum has swung now; almost universally across Cochrane, those funding Cochrane activities want to see us prioritisng topics of importance to major healthcare systems. Particularly in the UK, we are funded by the NHS and we look to do topics which are of importance to NHS patients.

“Cochrane has always been an organisation that is welcoming to people who want to join us, and now has far more ways in which people can be involved. Now people can join Cochrane and do smaller pieces of work and different tasks.”

We don’t have resources to help people through the process of doing a review from start to finish. We now focus on priority topics, and the author teams that do them should be capable with a relatively low amount of editorial input from us. The way that has actually panned out is that what we’ve done is identify some particularly important clinical areas and sought to do suites of reviews in those. The most recent one is a set of reviews on chronic rhinosinusitis which actually came about because the NIHR asked us to do a set of reviews on this topic of importance to them.

What we did was a piece of work which you might call a scoping project first. This means we can see what the different treatments are - medical and surgical- and prioritise them in terms of importance to patients. We then submit to NIHR a set of reviews on what we thought were the most important high priority topics, which they commissioned. We pretty much undertook those in-house rather than using outside reviewers.

How do you think that Cochrane ENT is changing?

Cochrane has always been an organisation that is welcoming to people who want to join us. At a collaboration level, Cochrane now has far more ways in which people can be involved. We’re about to introduce a membership scheme for individuals and organisations. We’ve developed a whole set of activities under the umbrella of ‘project transform’ whereby individuals can participate in Cochrane’s activities without having to do a review from start to finish, whereas in the past that is what defined membership of Cochrane.

Now people can join Cochrane and do smaller pieces of work and different tasks, or be involved in the processes of prioritisng review topics, disseminating reviews, or helping derive products from reviews. We are very keen that clinicians understand that the entry points are now different. In terms of succession planning and building a cadre of individuals who can contribute to Cochrane reviews at the highest level, we still want to find those people and give them the opportunity to be mentored through the process, but that is a different mechanism from the old-fashioned way of just getting on and doing it.

We’re establishing mechanisms where some people can be trained up to do Cochrane reviews in their entirety, in the hope and expectation that that will become something which they will be committed to in the long term.

What is the most important thing that Cochrane provides for the ENT clinician?

Most Cochrane reviews are used as the building blocks for guidelines, and that is their most important use. We hope that reviews will be of interest to ENT readers and to lay people as well; that’s why we have a plain language summary.

The other use is for people who are research-active. Reviews provide a platform from which to do further research. There are some very specific recommendations which come from Cochrane reviews in the ‘Implications for Research’ sections, which people might find interesting.

Do you have any final thoughts you would like to share with the ENT and Audiology News readers?

We’d like people to check out the Cochrane ENT website and see if they’re interested in working with us. Something which the whole of Cochrane is hopeful of is that we can promote evidence-based practice and systematic reviews in general. We’re always interested in finding individuals who want to help promote evidence-based practice not just in their own institutions but also in society in general. At Cochrane UK we are working with students, we are working with lay people. If there are people within the ENT community who would like to go out and talk to any of these people about evidence-based medicine we are certainly interested in hearing from them as we see this as and important part of our role as well.

Maha is an ST5 trainee in otolaryngology in the North West. Her clinical interests include airway pathology, and her academic work is focused on the application of evidence-based medicine and clinical research. 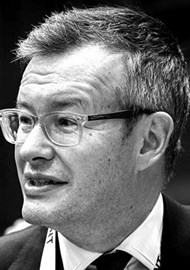 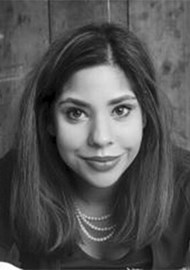