In conversation with Professor David Kemp
Interviewed by Ted Killan

Ted Killan, Vice-Chair of the British Society of Audiology (BSA), caught up with Professor Kemp to discuss his scientific journey over the past 40 years, and what we can expect from OAEs in the future. 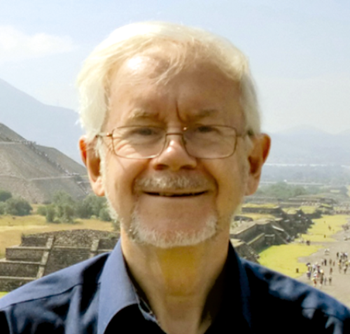 In a nutshell, can you tell us what otoacoustic emissions (OAEs) are?

It’s hard to put it in a single nutshell! OAEs are small sounds detectable in the ear canal which are driven by vibrations inside the cochlea. These vibrations are created by sensory cells as they actively respond to sound. It’s essential to note that OAEs are just a small leakage of that energy which is released for other purposes, viz to help the cochlea separate sound frequencies and then to compress the enormous range of sound intensities that we receive into a compact form suitable for transfer to nerve fibres.

When and why did you first become interested in auditory science-related research?

I’ve being interested in ‘sound’, and all things ‘audio’ from secondary school days. My first research was on electromagnetic waves in geophysics, not on hearing, but I always turned my recordings into sounds so I could use my ears to help understand those recordings better.

Your discovery of OAEs challenged established scientific opinion at the time. What was it like to be behind the paradigm shift?

Yes, it’s true that in the late 1970s and early 80s the very existence of OAEs challenged long held views about how the cochlea reacted to sound, i.e. that it was ‘passive’ ’and ‘proportionate’. But that erroneous view was already being challenged by several earlier research findings. Many in the auditory science community were in denial about this. Forward thinking researchers used OAEs to support the new view of the cochlea. The existence of OAE couldn’t be denied, so OAEs greatly intensified the argument. But OAEs didn’t resolve the issue or lead the way. That came with the confirmation of sharp mechanical tuning and non-linearity in the cochlea, and with the demonstration of hair cell electromotility. What was it like to be part of all that? Exciting but also scary to be challenged by eminent researchers who knew so much more than I did.

What was the hardest part of this?

As every researcher knows, grants need renewing and criticism from high places doesn’t help the next funding application! So I found myself putting in very long hours to try and secure funding for my research – and for my family’s security. That was hard.

If you had to name three major events along your scientific journey what would they be?

After my PhD in radio-physics I quite wanted to do something in the ‘astronomical’ direction and was offered a post doc position to detect ‘gravity waves’. I reluctantly turned that down because of the insecurity of academic funding. How lucky was that decision? It took 45 more years before anyone had success in that field! My switch to auditory research seemed more likely to be worthwhile but much less exciting – or so I thought. The discovery of OAEs proved me wrong! But a crucial factor in my being able to interpret and follow up the discovery was the great support of fellow scientists and management at the Institute of Laryngology and Otology.

A significant clinical impact of OAEs is their use in newborn hearing screening. When did you start to think that OAEs could have such a significant role to play?

Working in the basement of the Nuffield Hearing and Speech Centre at the RNTNE London in the 1970s I could not fail to be aware of childhood deafness and the serious problems with detecting it early enough. But to be honest that wasn’t the first application I thought about. I first saw OAEs as a screening method for adults to detect the first signs of damage from noise, and to identify the location of deafness. OAEs had shown that noise actually changed the cochlea’s physical responsiveness to sound. It didn’t simply ‘deaden the nerves’. That was revolutionary. I concentrated more on the science of OAE while others at the Institute of Hearing Research in Nottingham and Sam Tucker in London were more focused on developing methods for infant hearing screening. Niels Johnsen in Copenhagan was actually the first to demonstrate OAEs in babies. He made his own machine for that.

But the routine use of OAEs on babies needed serious product engineering and the hearing test device ‘industry’ wasn’t at all interested in that. I got seriously interested in newborn screening in about 1987 only after it was clear that nobody else was going to invest in a commercial OAE instrument. My research assistant Peter Bray designed a really practical way to do OAEs outside of the lab using a desktop computer ( the ILO88) and that made all the difference to the usage of OAEs.

What clinical uses of OAEs might be possible in the next 40 years?

The range, speed and reliability of OAE applications is currently limited by the complexity of the technology needed and by our lack of understanding of the cochlea. Both those limits will be overcome sooner than 40 years. But what will audiology be like in 40 years? We will know for sure what genetic risk factors each patient has. We will have a whole new range of ‘hearing health’ tests able to detect weakness in the auditory system currently hidden from audiometry, more like going to the opticians. We will have drugs to strengthen, protect, even restore auditory function. In all of those cases I’m sure new OAE tests will play a vital role as part of new prognostic and diagnostic test batteries, and as a monitor for the various treatments that will become available.

Whose work in OAEs do you most admire?

There are so many. Jon Siegel and others have done so much to develop ways to improve the quality and frequency range of OAE measurement. That’s coming through in the near future. Brenda and Glen Martin pioneered the clinical use of DPOAEs. Chris Shera, John Guinan and George Zweig have done most to investigate and communicate exactly how OAEs are produced, but we still don’t have a complete picture. Susan Norton applied herself to understanding everything about OAEs in the 1980s, and then went on to help discover hair cell regeneration, to educate audiologists across the USA, and finally to formally validate OAEs as a newborn hearing screening tool.

Based on your experiences, what advice would you pass on to someone starting a scientific research career?

Science doesn’t progress by the application of a standardised ‘process’. It progresses by a mix of fierce curiosity, researched knowledge, practical skills, systematic documentation of observations, competitiveness and collaboration, patience and impatience, imagination, crazy speculation and wild ideas. Nobody has all these attributes, at least not at the same time. So my first advice is – know which of these attributes you have and then find a field of research that is at a stage where it needs your strengths. My second piece of advice is to explain your work to others as often as you can and expect criticism, but don’t worry too much about criticism from those just defending the status quo, however expert they are. Take most notice of criticism from those who you know have taken the time to really understand what it is you are doing. 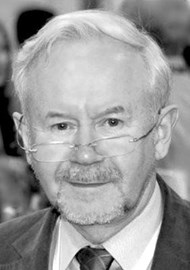 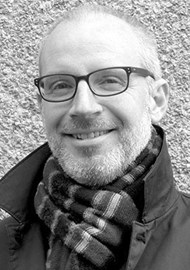