Prof Zhiqiang, President of the Chinese Society of Otorhinolaryngology, Head and Neck surgery takes us on a journey spanning over a hundred years of ENT in China: A story of an amazing achievement in a country with a population over twice that of all 28 EU countries put together. 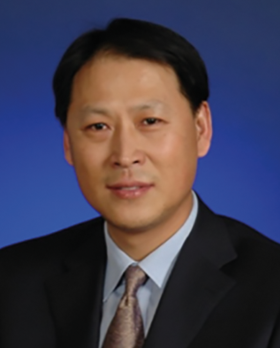 With a population of over 1.381 billion, China is the world’s most populous country. It has arguably the largest and most complex healthcare system. Can you briefly introduce the structure of China’s healthcare system? For example, the common form of public and private healthcare? Can patients receive free medical care from the government?

At present, public and private medical institutions coexist in China, but publicly owned and funded hospitals and clinics provide the majority of care to the general public. According to China Healthcare Data Blue Book (2015 Edition), the public medical institutions accounted for 70% of the entire healthcare revenue. Clinical research centres are in public hospitals, and most of them are affiliated to universities.

In recent years, the number of privately owned and run hospitals and clinics has increased rapidly, especially in fields of high-end medical care, specialist medical care, rehabilitation and care for the elderly. The government provides universal medical / social insurance to everyone with the recently merged Urban Resident-based Basic Medical Insurance Scheme and the New Rural Cooperative Medical Scheme.

The scheme has low premium and wide coverage. The insurance is financed by premiums from both employers and employees. Local governments, mainly at the municipal level, set the level of deductibles, copayments, and reimbursement caps according to the local economic level. The typical employee’s contribution is around 2% of their salary. Patients can seek treatment in specified hospitals and most of the costs can be reimbursed. In addition, residents can voluntarily purchase commercial medical insurance from independent insurers to receive additional medical security or reimbursement for non-social security hospital visits.

Can you briefly introduce the Chinese Society of Otolaryngology Head and Neck Surgery? When was it established and what sub-branches does it have?

Chinese Medical Association (CMA), the professional body of doctors and allied scientists in China, was established in 1915, with its vision on uniting medical professionals, disseminating medical knowledge, upholding medical ethics and promoting social justice. In 1950, CMA decided to set up the Ear, Nose and Throat Society Preparatory Committee, and the first session of the National Otolaryngology Academic Conference was held in Beijing in 1952. The chairman of the committee was Professor Zhang Qingsong from Peking Union Medical College Hospital. The society has since become the voice of Chinese ENT surgeons and their allied scientists.

“One of my top priorities during my term as President of Chinese Society of Otolaryngology, Head and Neck Surgery is to promote more in-depth exchanges between Chinese ENT doctors and their international colleagues.”

Over the last six decades, the organisation has been promoting academic exchanges nationally and internationally, organising continuing medical education, editing and publishing professional journals. It also played a role in evaluation of scientific projects at the national level. In recent years, the organisation has put a lot of effort towards supporting young ENT surgeons in their academic development and to promote translational research. It has been acting as a messenger between the ENT community and authorities, to reflect the concerns of medical professionals working on the frontline. It now has otology, rhinology, laryngology, head and neck surgery, voice and phonetic science, audiology, and paediatric ENT sections.

As the president of the society, can you give a brief account of the past, present and future directions of ENT in China?

ENT as a specialty has a history of over 100 years in China. Talking about the modern medicine in China, I have to mention Peking Union Medical College Hospital, a hospital set up with the fund from Rockefeller Foundation in 1921. Over the past century, the hospital has played a leading role in the development of modern medicine in China. The department of otolaryngology in the hospital was one of the first ENT centres in China. Professor Liu Ruihua was the key doctor who introduced the modern otolaryngology into China. Many key figures in Chinese ENT history have worked in the department: Li Baoshi, Hu Maolian, Lang Jianhuan, Zhang Qingsong, Xu Yinxiang, Lin Bijin are a few to mention.

The department trained the first generation of otorhinolaryngologists in our country. These young talents went on to different parts of China, and started their own ENT departments. Nowadays, many well-known ENT departments in China have links which can be traced back to the department of otolaryngology, head and neck surgery of Peking Union Medical College Hospital. Professor Zhang Qingsong became the head of the department in 1949, and went on to become the president of the Otorhinolaryngology Society of the Chinese Medical Association for three consecutive terms. Furthermore, he created the Chinese Journal of Otorhinolaryngology, and served as the editor in chief for three consecutive terms.

He also created the first allergy and immunology department in China. After the retirement of Professor Zhang Qingsong, Professor Wang Zhizhong become the director of the department. He also served two terms as the president of the Society and Editor in Chief of the Chinese Journal of Otolaryngology. He pioneered transsphenoidal pituitary surgery in China, and performed the first cochlear implant surgery in China, which is a single electrode device developed by a Chinese research team. He made significant contributions to introduce obstructive sleep apnea syndrome treatment in China and was one of the most famous doctors in the country.

The first multi-channel cochlear implant surgery in China also took place in the department by Professor Cao Keli. I am a neurotologist and skull base surgeon, I spent some of my training in University of London and University of Zurich with Professor Fisch. I am also honoured to be elected as the president of Otolaryngology Society of CMA. Chinese ENT surgeons and their allied scientists have achieved remarkable progress in all fields of otolaryngology and head neck surgery. They have been working very hard over the last six decades, many of them working in the rural area and small county hospitals ENT departments, providing basic ENT care to their local people. China has started its own neonatal hearing screening programme, and state-funded paediatric cochlear implant programme.

Chinese ENT doctors have been leading the field in genetic research in deafness. One of my top priorities during my term as President of Chinese Society of Otolaryngology, Head and Neck Surgery is to promote more in-depth exchanges between Chinese ENT doctors and their international colleagues. 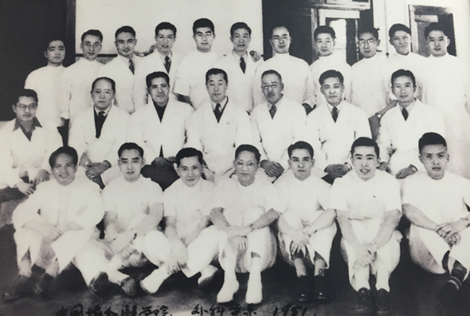 Can you tell us about the Chinese doctor training system? If a newly qualified young doctor wants to become an ENT specialist, what does he / she need to do?

China’s medical training is divided into undergraduate education and postgraduate education. The medical school selection is a part of the higher education selection process and all candidates have to take national higher education entrance examinations. The selection is based on merit. The duration of medical school undergraduate education is five years. The curriculum is evolving all the time. The precise curriculum varies from school to school, but the vision is laid down by the State Department of Health, which is to equip medical students with a wide range of scientific and social knowledge, as well as basic medical skills, so they can practise patient-centred medicine throughout their career.

All medical students will have a one-year internship, rotating between general medicine, general surgery, gynecology and paediatrics in their school’s affiliated hospitals before they are granted a bachelor degree in medicine.

“I often tell my trainees that ENT is the specialty where you can find the whole universe in the small deep holes.”

Postgraduate education is divided into master’s and doctoral stages; each will take three years. Admission to postgraduate ENT training programmes is rather competitive and is done though the national entrance examination. Once entering in to the programme, each trainee will be assigned a supervisor and mentor. China started postgraduate medical training reform in 2015. All postgraduate trainees need to complete structured junior resident training during their three years of master’s degree study, which needs to be validated before they can enter the higher specialist training programmes. The programme aim is to train young doctors to become independent ENT specialists. They also have to complete their doctoral project, so they are able to carry out independent scientific research after their training.

Do you have any suggestions for young doctors who are new to the ENT field?

I would sincerely encourage young doctors to consider ENT as a career. The breadth of the specialty is arguably the widest in medicine. It covers scientific fields from immunology to genetics; from molecular oncology to neurophysiology. The surgery can range from a routine tonsillectomy to a massive resection of hypopharyngeal cancer with free flap reconstruction; from a simple ventilation tube insertion to the auditory brainstem implantation. I often tell my trainees that ENT is the specialty where you can find the whole universe in the small deep holes. The surgical-related anatomy is very complex, and you will need solid scientific knowledge to do well. You must know your anatomy well. I would also suggest to young trainees not to subspecialise too early in your career. ENT head and neck is an interconnected specialty: to understand such connection is very important, otherwise you may find yourself a premature subspecialist.

Finally, young doctors should have respect to the heritage of the specialty and they should also have innovative spirit. Medicine is an evolving science: we have to constantly look for ‘true answers’ in our day-to-day practice, we have to be critical of our own answers, we should never be afraid to put our innovative ideas forward, and should be happy to see those ideas being tested and criticised, so together we can push the speciality moving forward. 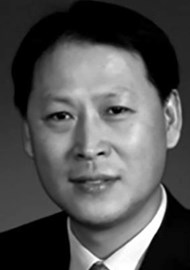 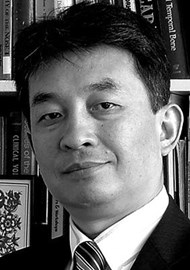 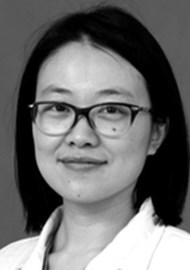