BACO International 2018 has some truly astonishing speakers, but perhaps none more astonishing than Hugh Montgomery. His friend and colleague David Howard chatted with him about some of his diverse interests. 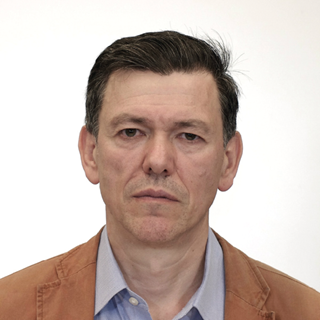 Prof Hugh Montgomery will be giving the first of the keynote lectures at BACO 2018 with the fascinating title of ‘Lessons learnt for medicine and science from research in extreme environments’. Hugh is absolutely qualified to present this topic as his enormous research output covering the environment, extreme altitude, sport, exercise and health clearly shows. In addition he has had no less than 80 affiliations and appointments related to these topics, notably being a Fellow of the Royal Geographical Society and a member of their Medical Cell and Expert Advisory Panel. He is a research director of the Xtreme-Everest Medical Research Team and Senior Co-Editor of the journal, Extreme Physiology. He also founded the UCL MSc course in Climate Change and Health. Those of you who have heard his many contributions on radio and television (notably Desert Island Discs in 2014, the height of fame!) will know about his ultrathon running, mountaineering, naked sky diving (for charity!) and diving achievements. He was intimately involved with the raising of the Mary Rose and holds the world underwater record for piano playing!

I asked Hugh about the people and circumstances which have brought him to this point in his illustrious career but typical of Hugh we began our interview discussing the merits of Grumpy Mule coffee! Hugh grew up in Devon and has fond memories of his childhood. He clearly remembers going to the hospital with his father on numerous occasions, even as a very young child. His father was a consultant paediatrician who essentially was on call all the time (a one-in-one rota) throughout Hugh’s early childhood. If Hugh’s mother was busy, then the children went with Dad to the hospital. His father clearly was an inspiration to Hugh in many ways, not least of all in having a very strong work ethic and definite principles with regard to his patients and life in general.

Hugh clearly learnt these lessons in full and has had a glittering career with a huge list of prizes gained at school (Plymouth College), Middlesex Medical School, and during his postgraduate training. The awards cover not only his clinical excellence but his renowned research efforts and continue to this day. His CV would make a book! For those of us who know him well, he’s one of the great polymaths of his generation with a huge interest in a great width of things, both within and outside of medicine.

We then discussed what motivated him towards a career in intensive care medicine. His initial stimulation was from his biology master at school, Mr Clifton, who had a particular interest in physiology which he taught preferentially to the A-level biology students rather than the botanical aspects of the curriculum! In his usual disarming manner Hugh described choosing Middlesex Medical School because when he went there for interview he noticed that they took an exceptional amount of time off to undertake the Christmas show each year and somebody kindly bought him a beer in the bar. Excellent solid academic reasons for choosing a medical school! He was however, fortunate to be taught physiology by the brilliant Eric Neil and undertook one of the early intercollated BScs in Physiology, gaining a First Class honours, of course!

“The way that Hugh encourages young doctors to follow what they are interested in, rather than any particular career pathway is extremely refreshing.”

Hugh’s interest in cardiovascular and respiratory physiology proved subsequently to be very useful when working as a house doctor for the famous Middlesex Hospital cardiologist, Howard Swanson. Hugh remembers being particularly adept at the diagnosis of heart murmurs (something which the mere mortals amongst us found difficult).

I asked him what particular attribute had made him into the extremely competent and well-known senior academic that he is today. Interestingly Hugh felt that his most useful attribute is also the one for which he is so often criticised – and that is that he is rarely focused on one subject at a time being interested in a great many things simultaneously, both in research and clinical medicine. In these days of big projects and big project grants, his interest in many things is not always felt to be the way to go. On the other hand the tremendous variety of projects that he has engaged himself and his scientific and junior doctor colleagues with has been greatly to their benefit. Certainly his work with the Xtreme Everest medical team is a wonderful example of this and something which I’ve no doubt he will cover in his lecture.

Knowing Hugh, as I do, I asked him about his managerial and administration roles. We both laughed considerably when he was describing his lack of administrative and managerial skills in the conventional sense, but I know that his great enthusiasm is hugely appreciated by the members of his team and he is highly organised when it comes to research and clinical matters. His curiosity is a great driving force for our research. The way that Hugh encourages young doctors to follow what they are interested in, rather than any particular career pathway is extremely refreshing.

I asked him if there are any key lessons that he had learnt and would advise young doctors to follow. He quickly replied that it was important to avoid negative people like the plague! I was not surprised to hear this because Hugh’s entire attitude is one of ‘can do’ and this clearly has made him the tremendous doctor, researcher and scientist that he is. 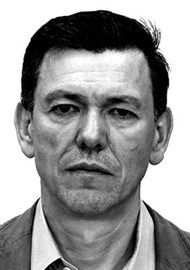 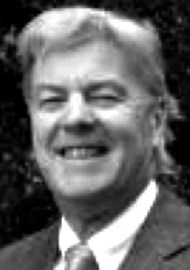