The making of a paediatric airway surgeon: In conversation with David Albert
Interview by Michael Kuo 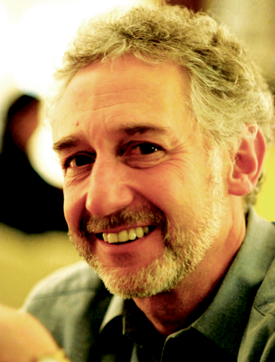 When did you first get interested in subglottic stenosis (SGS)?

I was an SHO at Kings when we were asked to see a neonate failing extubation with SGS. He went to GOS and had a tracheostomy as this was before the days of cricoid split or endoscopic dilation. This sparked my interest and led to studying all the NICU neonates at extubation to look for aetiological factors.

So what do you think are the important aetiological factors?

It’s multifactorial. Some neonates will start with a smaller subglottis which is accentuated by intubation, particularly if the tube is a tight fit or the actual intubation is traumatic. Length of intubation itself is not a major factor if there is a leak and little tube movement. Acid reflux may also contribute.

What are the important differences between your practice now and when you started?

Initially, patients had a tracheostomy and then a period of observation to see if they would grow out of their SGS. We showed that most did not improve and, in the majority, the stenosis, worsened perhaps due to bacterial contamination of an inflamed subglottis via the tracheostomy. This was behind the idea of the open cricoid split operation, which decompressed the subglottis and allowed extubation without tracheostomy. It worked because early stenosis is soft and more easily treated than mature stenosis. More recently, dilation has been used to treat soft early stenosis, often at the same time as an endoscopic rather than an open cricoid split.

It’s interesting that dilatation has returned and is so popular when it was abandoned in the 70s.

The difference is that dilation now uses balloons, similar to cardiac balloons, which exert a carefully controlled radial force, without the damaging longitudinal shearing force that damages the mucosa and causes more stenosis. It’s popular as it seems an easier option than open surgery but still needs care and experience for it to be safe and successful.

What advances have you seen in open surgery?

When I started, I was taught the Evans laryngotracheoplasty (LTP) which was an ingenious expansion using a castellated incision. This worked well for congenital stenosis but was superseded by the Cotton rib graft laryngotracheal reconstruction (LTR). This used rib cartilage that could be easily carved to fit as an interposition graft expanding the subglottic diameter. Placing the graft anteriorly was easier than posteriorly and was usually sufficient. For severe stenosis, grafts were placed anteriorly and posteriorly. This technique is still the main technique for open surgery of paediatric stenosis across the world.

So not much has changed since the 80s then?

Not exactly. The basic operation has remained largely unchanged but now it is often possible to leave the patient intubated, but without a tracheostomy, at the end of the procedure – a so-called single-stage technique. While this does involve time in the ITU, it helps to avoid long-term complications after the tracheostomy is removed, such as a persistent tracheocutaneous fistula or collapse at the site of the tracheostomy.

Another innovation is placing a posterior graft endoscopically with the advantage that the anterior larynx does not need to be opened just to access the posterior larynx.

Have results improved over the years?

First, I should mention that in the early days there was no grading system. We looked at this in Cincinnati, identifying which factors related to outcome. By far, the most important was the diameter or degree of stenosis. The Cotton grading system allowed comparison of results.

“Resection is, without doubt, the treatment of choice for severe stenosis but the stakes are higher when it fails.”

The results of a single surgery have probably not changed much over the years but some of the failures of the initial surgery can now be salvaged using endoscopic techniques, such as balloon dilation. We are also more cautious now about operating on an active larynx and appreciate the importance of reflux and infections such as MRSA. 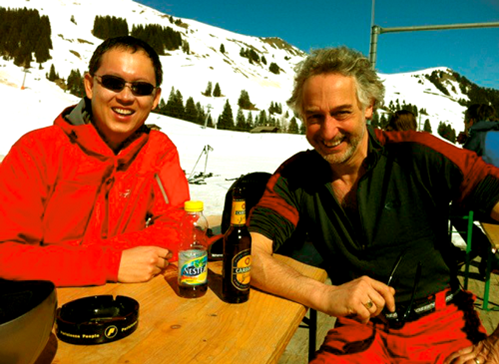 Mike and Dave planning another meeting.

Resection is, without doubt, the treatment of choice for severe stenosis but the stakes are higher when it fails. There is a debate about whether to use it initially when there is the best chance of success or whether it should be reserved for failed graft procedures. Extended resection which combines both techniques is used in a few specialist centres with success.

What advice do you have for the young airway surgeon?

Learn open and endoscopic techniques and use appropriately. Be gentle with endoscopic dilation and stop if it is not working. Optimise patients prior to open surgery and use single-stage techniques if possible, as it avoids so many stoma issues. Finally, monitor your results and ask for help with complex cases. 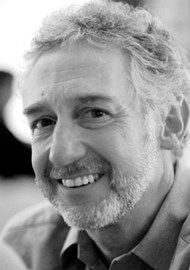 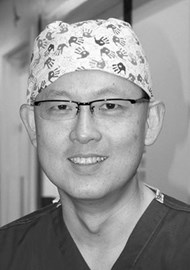