Voices: In conversation with Nick Coleman
Interviewed by Lucy Handscomb

Nick Coleman is an author and journalist who has written for several national newspapers and music magazines. Following sudden unilateral deafness in 2007, he wrote The Train in the Night, which describes his experience of hearing loss, rehabilitation and what he learned along the way. He also features in Lindsey Dryden’s documentary film about deafness and music, Lost and Sound. Here he talks to clinical scientist, Lucy Handscomb, about his latest book, Voices. 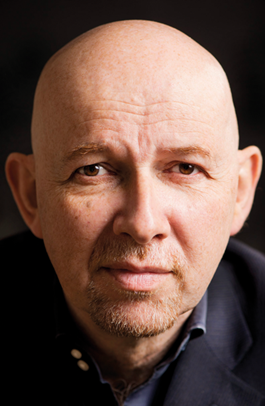 When did you first have the idea for writing a book about great songs and singers?

For nine months during 2012/13 the hearing in my one good ear went down almost completely. For the duration, I clung to the memory of certain singing voices rather as a man overboard clings to a life buoy. I became aware that I had internalised those voices somehow over the years and they were now an indivisible part of my inner world. When the hearing came back I felt almost crazily driven to write about what those voices may or may not mean to me – partly in case my hearing went completely again and the option would no longer be open to me.

Out of all the great songs there are, how did you choose which to focus on in the book?

The book is really an emotional journey, into the way certain voices have brought shape, colour and texture to my experience of life; and meaning too, if that doesn’t sound too pretentious. It was harder knowing what to exclude than to include. If a song or a vocal performance had made my life sing for a while, then it was in. The enjoyable part was exploring the precise reasons why that song or voice had made my life sing.

Which parts of Voices did you most enjoy writing?

The chapter on the mysteries of Joni Mitchell was really stimulating to write – I could have gone on and on – but most fun was had tackling the vital subject of girl groups. The comparative study of the voices of Messrs Jagger and Lennon nearly killed me.

Can you describe your writing process? Do you start with chapter one and progress to the epilogue, or take things in a different order?

I start at the beginning and proceed in an orderly fashion, accepting, as I go, that diversions may have to be taken. The aforementioned Jagger/Lennon chapter was deserted for a good five months for example, while I distracted myself with easier things to write. One of those distractions was the chapter on why jazz instrumentalists should be considered as voices, which appears much later in the book.

“I became aware that I had internalised those voices somehow over the years and they were now an indivisible part of my inner world.”

Do you have a favourite place to write?

Not really. But it has to be silent so I can hear what’s going on in my head, apart from the tinnitus. 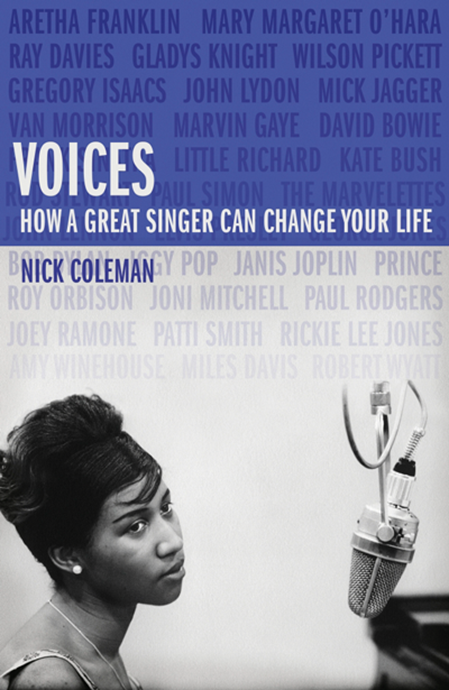 Which three songs would you load onto a space capsule to give aliens an impression of human music?

Hmmm. Tricky. Depends on what I wanted the aliens to think and feel about human kind. Let’s say I wanted them to understand that we are capable of insouciant joy, reflective rapture and complex contradictory feeling tinged with regret and indomitability. In that case I’d offer them The Marvelettes’ ‘Please Mr Postman’, Van Morrison’s ‘Into the Mystic’ and Joni Mitchell’s ‘Song for Sharon’.

What should the busy clinicians reading this listen to at the end of a stressful working day?

All of the above. Plus anything from their established taste that is not felt to work on them like muzak.

Let’s talk now about you and your hearing. At the end of Voices you write movingly about the need to store in your head great voices that you can no longer hear as you once did. Do you feel that the process of writing the book helped you to do this?

I would say that the process of writing the book has put me even more closely in touch with those voices than was already the case. I may not hear the world as well as I used to, but I get those voices better than ever.

As someone with a hearing loss, do you find certain singers or styles of music more accessible than others?

I was never much of a metal head. And banging techno and I have never been close. So it is no great loss to me that such things are no longer comfortably accessible. Big 19th/20th century orchestral compositions are no good either – but then I was always more of an Early Music/Baroque kind of guy. It’s a complex issue and needs more space than is available here to explore properly. But moderate amplitude, space and not too much density are all basic qualities I seek out in music. Plus the genius of great authorship.

What kind of hearing aid do you use?

Bog-standard NHS-issue Oticon. But I don’t often use it. I have enough hearing on the ‘good side’ to manage in most contexts and I only get the HA out when I really need to. I do use expensive musicians’ earplugs though for any kind of live music.

Do you have a music programme on your hearing aid, and does this help?

I do, but I only use the HA rarely when listening to music as I prefer the balance I get from my one dodgy ear, which gives me more bottom end, and is less trebly. I am actually more likely to want to suppress input with earplugs.

Is there any other technology that you find helpful when listening to music?

No. But I do find listening to music while doing something else – such as cooking, driving, etc. – more rewarding than sitting down in front of a posh stereo, which only draws attention to the act of listening and therefore points up the defects in my hearing.

“The book is really an emotional journey, into the way certain voices have brought shape, colour and texture to my experience of life.”

Do you still enjoy listening to live music?

When I can and when I know it will not be too overpowering. But it is difficult and always has unfortunate consequences for my brain. I get terrible migraines after any prolonged exposure.

Do you continue to sing yourself?

Oh don’t, Lucy. Possibly the most galling consequence of my initial unilateral hearing loss in 2007 is that ever since I have sung flat – and I can’t tell. Awful, awful, awful.

You’ve been to many ENT and audiology appointments over the years. What simple things can clinicians do to make patients’ experiences better?

Ha ha, dozens and dozens of appointments. And I have only ever felt short-changed or frustrated by them on the few occasions when the clinicians have not been prepared to listen carefully and then respond to what is being said to them. Incidentally, I am a great fan of hearing therapy. I found it genuinely beneficial in the way it helped me to fix my attitude towards my hearing loss – even though those benefits cannot be actually measured.

And finally… What are you planning to write next?

I am having a bit of a rest. Voices took a surprising amount out of me. I write all the time but no books are currently planned. I live in hope though. Thanks for asking. 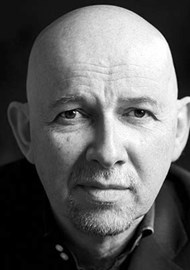 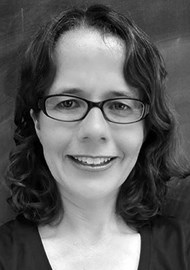