In the excitement of the festive season I am sure many of you will have omitted to commemorate the 60th anniversary of a highly significant world event. According to a small apocalyptic cult led by a Chicago housewife named Dorothy Martin, the world was due to end by flood at midnight on 20 December 1954.

Mrs Martin and her small group of believers expected to be rescued from this damp fate by a friendly UFO from the planet Clarion, and in preparation for this adventure many had given up their jobs, possessions and even recalcitrant spouses. Fortunately for posterity, their ranks had been swelled by three imposters: social psychologist Leon Festinger and two of his colleagues. Their account of the events surrounding December 20, When Prophecy Fails [1] remains a riveting read 60 years on and its findings deserve wider dissemination amongst surgical practitioners.

On the night of the 20th the mood of the cultists reached fever pitch, but as the midnight hour passed a sense of disappointment and bewilderment prevailed. However the indefatigable Mrs Martin received a dramatic new vision at 4.45am wherein the space brothers assured her that planet Earth had been saved by the devotion and sacrifice of her followers! A sudden sense of exhilaration possessed the hard core believers, who started phoning the press to report the joyous news and some ran to the streets to spread the word and find new converts to the cause. However, the more peripheral members of the group who had invested relatively little time or effort quietly slipped away sadder but one hopes wiser. 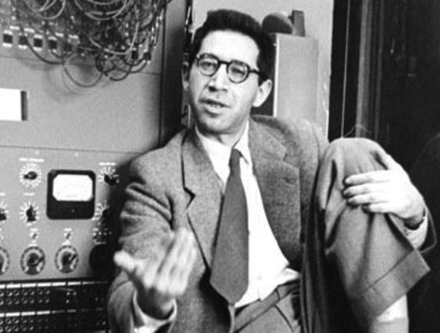 Festinger had expected exactly this series of events. Those who had invested most heavily in the imminent Armageddon were far more likely to justify their actions by confabulations and risible ad hoc explanations to maintain their self-esteem. Well, you cry, what on earth can this bunch of tinfoil-hat wearing deluded barmpots teach us hyper-rational evidence-based scientific surgeons? Dear reader, they demonstrated a classical case of cognitive dissonance (CD), a psychological concept of huge explanatory power and ubiquity. CD is defined as a state of tension which occurs whenever a person holds two ideas, beliefs or opinions that are psychologically inconsistent. The natural inclination is to try to reduce this dissonance; to live with two contradictory ideas in one’s head is to flirt with absurdity.

The fundamental source of CD is the need to maintain self-esteem. We all believe ourselves to be sensible, competent, compassionate professionals compared to all those other jackasses and buffoons around us. Thus whenever we do something obviously stupid, dangerous or embarrassing we must invest a huge amount of effort reducing CD by manufacturing self-serving explanations for this behaviour. For instance, that myringoplasty fell apart because the patient must have got it wet somehow, the Eustachian function was hopeless and that useless Registrar put the pack in all wrong. My personal technique and its execution were impeccable, and there is no question of me altering my behaviour as I remain a paragon of technical excellence - otherwise I would be a clear and present danger to patient safety and would voluntarily give up my licence to practice.

This may also explain a common patient behaviour following complementary therapies. No patient believes themselves to be a gullible fool susceptible to the most risible expensive quackery. Having undergone an ineffective and potentially dangerous procedure, CD will kick in to overemphasise any minor benefits to justify the time and expense. Thus patient satisfaction with alternative therapies remains stubbornly high despite masses of scientific evidence of their inefficacy.

“Well, you cry, what on earth can this bunch of tinfoil-hat wearing deluded barmpots teach us hyper-rational evidence-based scientific surgeons?”

When Festinger launched the concept of CD, Behaviourism ruled the psychological roost in explaining human thoughts and actions. We were all essentially oversized laboratory rats acting rationally to maximise rewards and minimise punishment by our behaviour. However, one need only sit briefly on a health service committee to see that human beings are self-evidently irrational and indulge in all sorts of daft shenanigans which require enormous amounts of self-justification to explain away.

Effort Justification is also a useful explanatory concept in this field. Basically the amount of energy expended in achievement of a goal affects the value an individual places on that goal. For instance the old primary FRCS was an antediluvian load of nonsense whereby enthusiastic motivated young men (most young women were far too sensible to indulge) were forced to spend a year of their lives learning by rote large tracts of indigestible anatomy and embryology texts in order to regurgitate said drivel under extreme duress to sarcastic crypto-fascist pedantic old fossils in suits (no offence). I still vividly remember staring glassy-eyed at the passage in Last’s Anatomy on the attachments of the clavipectoral fascia during Her Majesty’s speech to the Commonwealth on Christmas Day 1995. Now no rational human being would ruin their festive season, at least one serious relationship and a whole year of their life just to tick a box. Certainly this was my forcefully-expressed opinion in the months immediately prior to January 1996. 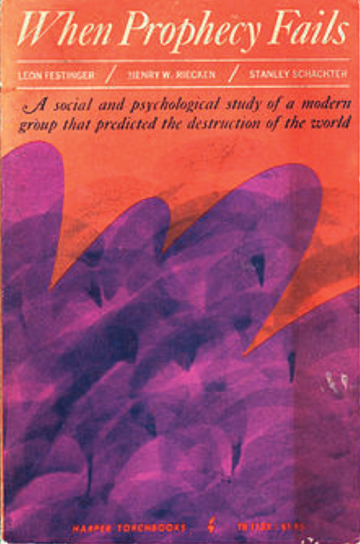 Festinger’s seminal study of cognitive dissonance in the field.

However, once I had safely cleared that hurdle my CD kicked in and I will happily tell all trainees within earshot that the old primary was a proper exam which made me the man I am, and nobody should call themselves a surgeon after breezing through the facile charade that is the current MRCS-lite. Although almost nothing learnt during that year has benefitted my patients, and I could not tell you today where the damn clavipectoral fascia condenses, I will still smile nostalgically whenever the old primary is mentioned and tell my trainees they really missed out on something invaluable. I have retrospectively increased the value of a goal which really did not justify the disproportionately heroic endeavour. Fraternities and secret societies learnt long ago that long bizarre, byzantine, humiliating initiation rituals led to greater loyalty and pride in one’s membership. Quite harrowing and disgusting hazing is commonplace in the army (and the odd medical school rugby club) and behaviour regarded as degrading and unacceptable in any decent society is indulged with a wry smile.

The same factors unfortunately apply to patients and their travails at our hands. Measurement of the subjective benefits of surgery is notoriously hampered by the patient’s need to justify such unpleasant and inconvenient experiences. We would expect the more disagreeable interventions to cause more effort justification, and indeed this seems to be the case. Sham surgery is an enormously powerful placebo, as patients undergoing Endolymphatic saccus decompression [2], Vertebroplasty and Arthroscopy of the knee have discovered [3]. We know that placebo pills that are perceived as expensive are more effective analgesics than cheap ones, so it may well be that enormously expensive operations will be perceived as more subjectively effective than their cheap and cheerful NHS equivalent [4].

Thus we reach the paradoxical conclusion that thanks to CD the more unpleasant, unnecessary and expensive surgical procedures we carry out on our patients, the greater the esteem in which they will hold us. On that thought may I wish you all a peaceful and prosperous 2015.