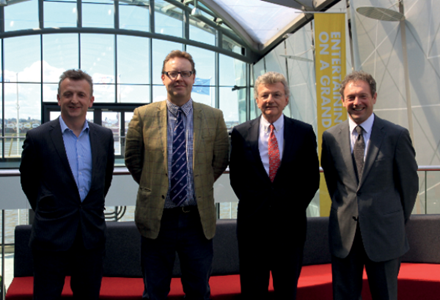 In the height of a glorious English summer, over 1200 of the finest minds in our speciality converged on the Mersey estuary for a three day frenzy of academia and fellowship. Many have compared BACO in the past to a long stag weekend with some Powerpoint slides, but there was something for all tastes this time around.

Starting on the Tuesday afternoon traditional golf day, “Hoylake, blown upon by mighty winds, breeder of mighty champions” can be a harsh mistress at the best of times, and gave many in the sizeable overseas contingent their first taste of proper links golf. They may not be rushing back to repeat the experience.

Returning to my old stomping ground in the North West, it was hard to resist the urge to don the shell-suit, bubble perm and moustache of youth. But the fair city has changed beyond recognition since its 80s nadir (as thankfully have I) and the Pier Head has never looked finer as the ceaseless hordes of delegates flooded into the ACC Centre.

There they were greeted by the 15th Master, the immaculately turned-out Ian Mackay, whose benevolent gaze and oratorical skills were much in evidence throughout. Chief organiser, polymath and factotum Andrew Swift then took to the podium to introduce Sir Ian Gilmore, former president of the Royal College of Physicians. His keynote talk on the health consequences of social inequality was rabble-rousing in its intensity, and many delegates felt inclined to man the barricades with revolutionary fervour whilst singing the Internationale. As a professor of hepatology, his injunction to the assembled throng to avoid temptation by the demon drink seemed to fall on stonier ground on the evidence of some of the evening’s exploits witnessed by this correspondent.

For the field is full of shades as I near a shadowy coast...

Highlights of the day included Tony Narula’s call to arms to organise and defend independent practice from the depradations of the big insurers and Claire Hopkins’ skewering of the incompetence and duplicity of those faceless bean-counters in the Department of Health. A novel inclusion was the session on Global Perspectives on Training chaired by the surprisingly hirsute Matt Clark. It gladdened the heart to see audacious young trainees prepared to escape the boil-in-the-bag UK system for inspirational adventures in the developing world. Piero Nicolai gave us the full benefit of his considerable experience, before the History of ENT session once again unearthed some gems. The Master paid tribute to his predecessors in the pantheon of rhinoplasty surgeons, and David Moffatt similarly expounded on the pioneering greats who bravely attacked the lateral skull base (and their deceased patients). 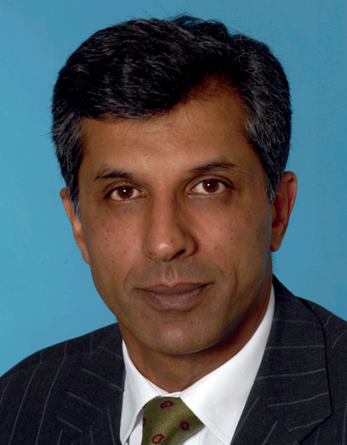 Highlights of the first evening included the Master’s Reception and Overseas Speakers’ dinner at St George’s Hall, the finest neoclassical building in the world (according to Pevsner, but what does he know?) Later on there was some remarkable talent on display at the karaoke bar, where a nameless West Country trainee’s rendition of Ricky Martin’s back catalogue will live long in the memory.

The next morning, those of us who had been “Livin’ La Vida Loca” emerged for a therapeutic bacon butty and mugful of Gaviscon Advance before proceeding to the ElefENT elearning update (http://www.e-lefent.org.uk/). You may remember this initiative was launched at BACO 2009, promptly strangled at birth by the DoH in time for independent relaunch at BACO 2012, and is now a globally important resource. In the meantime, countless worthless yet expensive DoH initiatives have been fanfared and sunk without trace to widespread indifference. There’s a lesson in there somewhere.

My personal highlight of the entire congress (karaoke aside) was Prof Randall Morton’s musings on minimalism in surgery. He repeatedly referenced his debts to his great mentors Chris O’Brien and Philip Stell, while espousing surgical philosophies which may well have had the latter gently rotating in the quiet earth. The power of charismatic zealots to drive surgical revolutions and innovations must be tempered by sober dispassionate recording of outcomes before the bandwagon becomes unstoppable.

Daniel Simmen gave a beautifully illustrated Yearsley lecture on his philosophy of rhinoplasty, often via an endoscopic minimal access technique of which I am sure Prof Morton would approve. It all looked heart-breakingly straight-forward and the following session on novel treatments for chronic rhinosinusitis had me bulk-buying industrial quantities of Manuka honey and aqueous gel for my next FESS list.

“The power of charismatic zealots to drive surgical revolutions and innovations must be tempered by sober dispassionate recording of outcomes before the bandwagon becomes unstoppable.”

To the clinical skills stations after lunch, where over 400 sessions were fully booked long before the closing date. The enthusiasm and commitment of the instructors was perhaps best exemplified by Nirmal Kumar driving round with 20 pigs’ trotters from his local butcher for skin flap demonstrations. Some of the Northern trainees eyed them with ill-disguised longing. All in all, this facility was one of the outstanding successes of the conference, and has cemented itself into the fibre of all future BACOs.

Friday morning began with an abortive attempt to infiltrate the Women in ENT launch. Apparently we’re actually encouraging this sort of thing in the speciality these days – what would Morell Mackenzie think? Having been given away by the old hairy legs and Adam’s apple once more I opted for the Dissatisfied Patient session. I was rather offended not to be invited onto the panel, having what must surely be the largest practice of this kind in the South West. Inner ear medicine has been a highlight of every BACO I can remember, and we always seem to be on the cusp of a major revolution, only to have the cup dashed from our lips. Anil Lalwani teased us with his amazing slides of the round window and his ability to puncture it before Pete Rea brought us back to earth with his optimistic pragmatism.

By the time Jonathan Bernstein had delivered the Lionel College lecture and the Scots contingent had taught us how to be emergency safe, there was an air of exhausted hysteria in the air. It only remained for the Master to bring down the curtain on BACO 2015 and call upon the elite of ENT to assemble three years hence in Manchester under the benign oversight of Prof Valerie Lund. Tribute was paid to the energy and sagacity of chief organiser Andrew Swift, and the brilliantly balanced programme provided by Prof Shak Saeed and Peter Andrews of the academic committee. Anne Haylock and the ENT UK office will cheerfully stab me if I don’t also give them full recognition for their magnificent organisational efforts.

As the bewildered remnants staggered towards Lime Street station in scenes reminiscent of Napoleon’s retreat from Moscow, we few, we happy few reflected on our great good fortune in sharing such camaraderie and conviviality in our chosen speciality. BACO 2018 will be held in Manchester, 3-6 July (provisional). 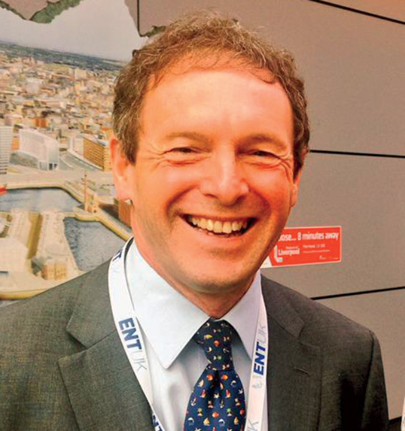 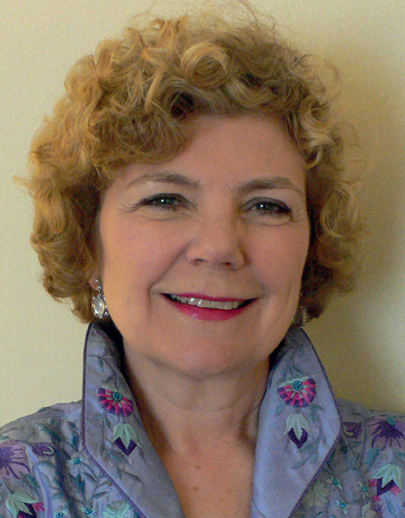 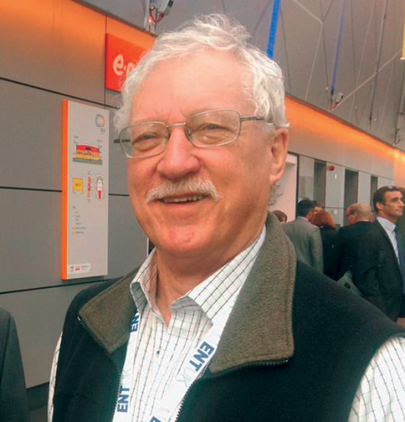