‘Bare below the elbows’
By Chris Potter

So it has finally happened. I have reached that stage of reactionary bewilderment known as middle age. As well having my finger nowhere near the pulse of contemporary culture, I am finding the siren charms of BBC Radio 2 and the Daily Mail ever more seductive. The catalyst for this Damascene conversion was an article informing me that our local University Students’ Guild had stated that men should under no circumstances dress as women for social occasions.

Apparently this act is perceived by the trans community as deeply offensive, on a par with ‘blacking up’ in terms of social faux pas. Now as a freeborn Englishman, since medical school I had always assumed that it was my birthright (along with habeus corpus and trial by jury) to slip on a pair of slingbacks and a little black cocktail dress of a weekend and spend a pleasant evening in a local saloon bar chewing the fat with likeminded enthusiasts. Indeed, during the rugby season I seem to remember spending an inordinate amount of time in the old twin-set and pearls whilst leading the communal singing in the union bar.

Now don’t get me wrong, I have great sympathy for the plight of our trans and transgender colleagues. Indeed, having recently achieved nearly 70% on our online mandatory Diversity Awareness module I feel I can speak as somewhat of an expert in this area. If genuine offence is taken I would be the first to hang up the espadrilles and boob-tube, but I fear this is a politically-motivated attempt by the Students’ Guild to attain some sort of moral high ground. Feel free to accuse me of cynicism, but I would suggest that there are distinct parallels to our current NHS dress code, the notorious ‘bare below the elbows’ policy.

“I had always assumed that it was my birthright to slip on a pair of slingbacks and a little black cocktail dress of a weekend.”

The rot all started back in 1991 when the Christmas edition of the British Medical Journal published a light-hearted piece on the microbiological flora of the junior doctor’s white coat [1]. Now the Christmas BMJ is full of such harmless filler, designed to provoke mirth rather than inspire some power-crazed underemployed wonk at the Department of Health (DoH) to alter the course of medical history. In response to adverse news media publicity over hospital-acquired infections, the DoH needed a fall guy to cop the blame for their multifarious policy failings. They seized upon the ideal scapegoat: those bone idle, workshy, golfaholic hospital consultants with their filthy fingernails, soiled cufflinks and faeculant wedding rings. Thus in 2007 the DoH released dress code guidelines forcing healthcare providers to remove white coats, jackets, ties, watches and long sleeves [2].

Feel free to call me a slave to evidence-based medicine, but one might have expected such a dramatic change in the professional environment to have been prompted by a tsunami of irrefutable microbiological evidence to instantly silence the naysayers. Two literature reviews had been commissioned by the DoH, coming to the unequivocal conclusions that, respectively “the hypothesis that uniforms / clothing could be a vehicle for the transmission of infections is not supported by the existing evidence”, and “no good evidence to suggest uniforms are a significant risk” [3, 4]. How on earth these findings led to the policy change has baffled much finer minds than mine. Some have seriously suggested that the statement “uniforms have been found to become frequently contaminated below the waist” (due to perineal and perianal flora) was hilariously misconstrued, leading to the ‘bare below the elbows’ dogma. 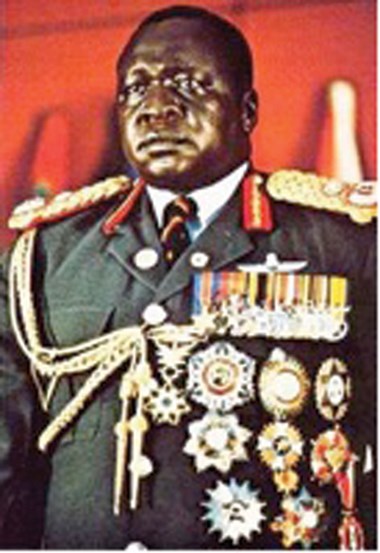 A famous military maxim states that the army with the most extravagantly-dressed generals will generally find itself on the losing side of any given conflict. Fancy uniforms are generally cheap to make and thus will intimidate a populace more readily than huge amounts of highly trained soldiers with masses of military hardware. One only needs to compare the tragic-comic military incompetence of Idi Amin (Figure 1) with the battle-hardened functionality of an IDF general such as Moshe Dayan (Figure 2) to get the point. Amin’s aim was to repress and intimidate his subjects into submission rather than defend a tiny infant nation against the surrounding overwhelmingly hostile states. Similarly in medicine the presence of an elaborate uniform may not signify great competence, but may be useful in giving the lay public the impression thereof, and is certainly cheaper than huge amounts of medical hardware and years of medical training. 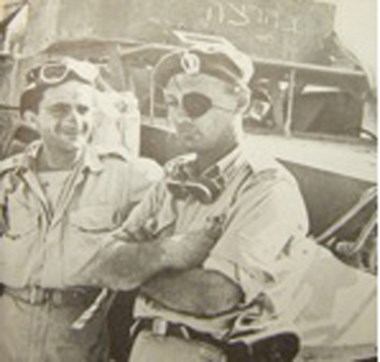 In the typical clinical encounter, significant mobilisation of the placebo effect often occurs without conscious intent on the part of the doctor. In particular, we know that a saline injection is more effective as an analgesic when administered by a doctor wearing a white coat rather than a scruffy character in a T-shirt. One might extrapolate that in order to harness our personal inner placebo we should don epaulettes and fancy hats and parade around the hospital in a sedan chair borne by senior registrars. However our patients are not a homogenous bunch, and perceptions of physicians in the media have altered considerably in living memory. In barely 50 years we have gone from the austere formality of Lancelot Spratt (Figure 3) to the urbane charm of George Clooney (Figure 4). It is surely no coincidence that in the same period our ability to combat disease has increased immeasurably, and the healing powers of the paternalistic authority figure have receded in the face of patient autonomy and novel therapeutic interventions. 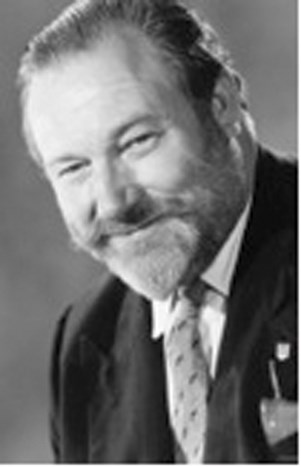 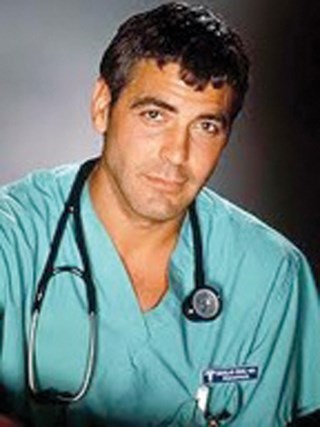 Thus as we have shifted as a profession from borderline quackery to the dizzying heights of evidence-based healing, we no longer seem to value the extravagant excesses of formal dress as the ritual of healing is subordinated to the technicalities of 21st century medicine. However, we must not allow this process to get out of hand. Looking at some of our juniors on the ward one might suspect they have recently staggered from a night-club lavatory, which hardly inspires confidence. In my youth, a mature adult wandering around in public in an open-necked shirt was not regarded as safe around children or sharp objects, and it still grieves me to see the hospital linen manager in a three-piece suit whilst I venture forth in my tank-top and corduroys.

We must agitate for an evidence-based uniform policy which combines practical functionality with unambiguous easy recognition of the role of the wearer, and maintenance of the dignity and gravitas incumbent upon our profession. Bang goes my boob tube.