Nature or nurture in surgical training
By Chris Potter

It’s Thursday in the UK, so that means time for another root and branch reform of medical training. If you’re not keen on the Greenaway Report (Shape of Training review) [1], don’t fret there’ll be another one along well before it gets implemented, so there’s no point getting agitated.

Anyway, the upshot seems to be another shortening of training hours to attain the same standards, with the pursuit of excellence sacrificed for concepts such as competency and ‘emergency safety’. ‘Twas ever thus, but it set me thinking about whole nature versus nurture debate. If we’re going to pare the training period to the bone, we need to be sure the talent being shovelled into the sausage machine is of a higher calibre than the motley bunch we’re currently saddled with (no offence intended).

Now the very concept of innate talent took a bit of a hammering in popular psychology a few years ago when Malcolm Gladwell tapped away at his keyboard until Outliers [2] plopped out. He espoused an extreme variant of the ‘deliberate practise’ view of expert performance, claiming that 10,000 hours of reflective rehearsal is required to achieve the level of mastery associated with being a world class expert. Speaking as someone with the misfortune of having waded through the entire Gladwell oeuvre, it seems to me that he alternates between stating the blindingly obvious and the self-evidently nonsensical. The ‘10,000 hour rule’ belongs firmly in the latter category, although our hero manages to martial several hundred pages of stylishly written seductive prose evidence in his defence. 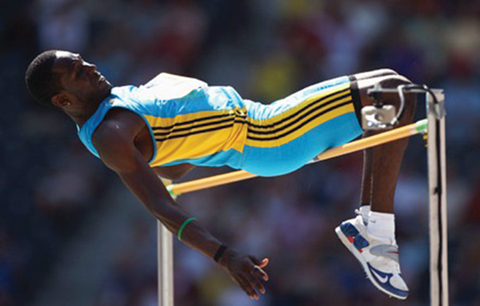 He favourably quotes the work of Anders Ericsson, who studied violinists at a Berlin conservatoire and famously came to the conclusion that the only factor separating concert soloists from future music teachers was the self-reported hours of practice before the age of 20 [3]. The magic number was – you guessed it – 10,000 hours. No genes, no talent, no natural aptitude, just the steady grind of years of self-denial and lonely tedium until the magic time is served and a virtuoso emerges.

It all sounds very meritocratic – hard work is rewarded and we all have it within us to become special simply by rolling up our sleeves and putting the hours in. This fits the satisfying personal narrative of many autobiographies wherein the protagonist starts from a humble background and by a combination of enterprise and sheer bloody-mindedness beats the odds to reach the top.

Gladwell bats away readers’ objections by contending that such ‘geniuses’ as The Beatles, Bobby Fischer and Bill Gates all served the requisite time before emerging to public adulation. With a wave of his hand, he dismisses Mozart’s not-inconsiderable corpus of work-up to the age of 21 as immature, suggesting he only finally came up with something decent after this formative period.

“No one has yet found a case in which true world class expertise was accomplished in less time” is the bold statement of fact on page 40 [2]. If innate talent really is a mirage, the selection of surgical trainees should be of no importance and we should just heave a few eggs through random school windows and let the lucky few targeted have the benefit of the full 10,000 hours before letting them loose on the unsuspecting public. It would be far more fun than the current charade.

“Hard work is rewarded and we all have it within us to become special simply by rolling up our sleeves and putting the hours in.”

But if there really is no inborn genetic influence on skill acquisition, how is it that simple possession of a Y chromosome makes you three standard deviations better at throwing objects? In other words, the average man can out-throw 997 out of a thousand random women, although the current Mrs Potter is surprisingly accurate with medium-range crockery, as the scar above my left eyebrow will attest.

Understandably it wasn’t long before the backlash emerged. David Epstein in The Sports Gene discussed the case of the high jumper Donald Thomas (Figure 1) who cleared seven feet at his first attempt for a bet in 2006, and with his seventh competitive jump (in tennis shoes) broke his university record. After less than a year of competition and half-hearted coaching he won the 2008 World Championships, beating immortals like Stefan Holm who devoted their lives to the discipline. More revealingly, over the next six years his performance has completely failed to show any improvement as he nears his 10,000 hours.

Comfortably the greatest female triathlete of all time, Chrissie Wellington was a recreational jogger who first sat on a racing bike at 27. Within five years she had broken the world record by over 30 minutes and was unbeaten in her 13 professional ironman races.

Aside from these anecdotes, cracks were showing in the scientific data. After all, Ericsson’s violinist data was based on three groups of just 10 musicians and relied on the honesty of self-reporting of practice hours and the subjective assessment of musical prowess. Better data came from a study of chess players [4], who are much easier to rate objectively in terms of expertise by their success at the board. To attain master status took about 11,000 hours on average (so far so good for Gladwell) but ranged between 3000 and 23,000 hours, with some poor plodders wasting over 25,000 hours for little improvement. Thus deliberate practice may simply be a proxy for ability – hacks who fail to improve will usually get the message and give up long before those who win effortlessly and continue for the full 10,000 hours of success. By selecting only the finest violinists of their generation, Ericsson had already excluded all of humanity without an innate aptitude for the instrument, completely removing the talentless from his study. Thus it came as no surprise that he found no evidence for the importance of talent. 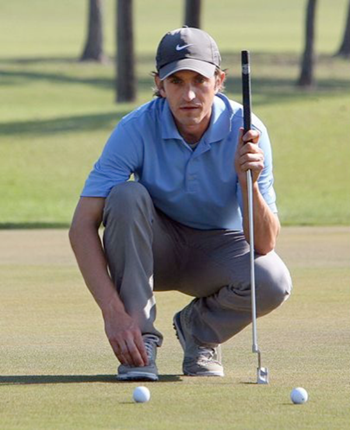 It gets worse. A recent meta-analysis [5] looked at the impact of deliberate practice on performance in a variety of endeavours. The outcomes were somewhat disappointing, using regression models to show that duration of practice explained only 12% of variance in performance. The relationship was stronger in highly predictable pursuits such as games (26%), music (21%) and sport (18%), but significantly weaker for education (4%) and the professions (1%). Even worse, the effect size was much larger in studies relying on retrospective self-reporting, with more robust prospective studies showing an effect size of a mere 5% for deliberate practice. Factors such as general intelligence and working memory capacity seem to have far more predictive value [6], and it would seem reasonable to continue selecting trainees who appear bright and industrious until better evidence comes along.

However, there is hope for some decent longitudinal data in the form of Dan McLaughlin, a former photographer from Oregon. Having ploughed through Gladwell’s works, he gave up his job and hired two professional golf coaches to give him the magic 10,000 hours by late 2016. After that, he hopes to join the professional tour and make his fortune, despite having no obvious talent for the sport (Figure 2). Getting into the spirit of things, I have resolved to chain myself to the temporal bone simulator in the hospital basement and have enlisted our department’s two crack otologists to supervise until 2020. Then you can watch me emerge into the broad sunlit uplands, finally able to perform a posterior tympanotomy without tears.