“Oh Manchester is Wonderful”...And other chants you might hear from the football stands or at BACO
By Chris Potter

Chris Potter is a lad of the North West, and we see him here letting his bleach blond hair grow out to show us his Northern roots.

When I was a lad, Manchester was a troubled city in apparent terminal decline; even us Liverpudlians in the midst of 1980s militant misrule felt a twinge of pity for the grim failure of our erstwhile rival. The city itself was a squalid relic of post-industrial slump, a collage of ugly derelict factories and warehouses covered in a centuries-old patina of soot and filth with the menacing wasteland of Saddleworth Moor lurking ominously to the East.

The people were hard to love; a collection of flat-capped, slack-jawed, snaggle-toothed, gormless, sallow-skinned halfwits smoking dubious roll-ups and supping lukewarm flat Boddingtons from a can. And that was the ENT department. 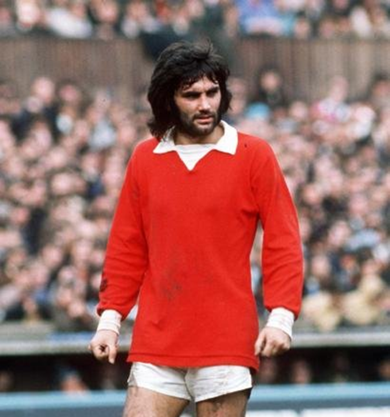 Figure 1. George Best “If you’d given me the choice of going out and beating four men
and smashing a goal in from thirty yards against Liverpool or going to bed with Miss World,
it would have been a difficult choice. Luckily, I did both.”

In many ways, Manchester’s rise to become the first modern industrial city seemed as unlikely as its precipitous decline and its subsequent renaissance as the ‘Northern Powerhouse’. The small river valleys of the Pennines were ideal for water-powered mills and the local thriving wool trade attracted skilled Flemish weavers. They were typical damn immigrants, coming over here with their fancy innovative skills and entrepreneurial brilliance to revolutionise the textile industry. Then, in 1781 Richard Arkwright opened the world’s first steam-driven textile mill on Miller Street and inaugurated the era of mass production – by 1871 32% of all world cotton production was concentrated around the hills of Southern Lancashire, and ‘Cottonopolis’ was born. Raw cotton was imported from slave plantations via the port of Liverpool and transported via a network of canals and the first steam-powered railway, opened in 1830 (and still running an hourly service).

Public education in this new city became paramount, and Chetham’s library remains the oldest free lending library in the UK, having been founded in 1653. It was here in 1845 that Karl Marx met Friedrich Engels, leading ultimately to their Communist manifesto. Engels made for an odd socialist, making a fortune exploiting the working proletariat in his father’s mills whilst riding with the Cheshire Hunt at weekends and spending the rest of his spare time taking advantage of an illiterate Irish factory girl and her sister. Sounds jolly good fun, but it did precious little to bring about the inevitable workers’ uprising.

“To paraphrase Monty Python; what, other than mass industrialisation, lefty firebrand radicalism and morose indie bands, has Manchester ever done for us?”

Political radicalism had already left its mark on the city in 1819, when a crowd gathered in St Peter’s field to protest the famine and chronic unemployment following the introduction of the Corn Laws. The authorities reacted by ordering the King’s Hussars cavalry regiment to disperse the crowd, resulting in 11 deaths and 600 serious injuries. The so-called Peterloo massacre was commemorated by the building of the Free Trade Hall on the site in 1853, soon after the repeal of the hated Corn Laws.

The Free Trade Hall was to see its fair share of revolutionary fervour, but only in the sphere of popular music. Sir Charles Halle founded the first permanent professional orchestra here in 1858, and it was here in 1965 that Bob Dylan was met with cries of “Judas” as he turned his back on his folk roots to play an amplified electric guitar. On 4 June 1976 the Sex Pistols played to an audience of 42 slightly baffled locals. It is said that just about everyone in the audience went home that night to form a band: The Smiths, Joy Division, The Fall, The Buzzcocks and (somewhat incongruously) Simply Red. Anthony H Wilson was inspired to form Factory Records (New Order, Happy Mondays, OMD, James) and open the Hacienda Nightclub, the epicentre of the later Madchester scene, and utterly terrifying to at least one adolescent scouser in Afflecks Palace bell bottoms in the late 1980s. 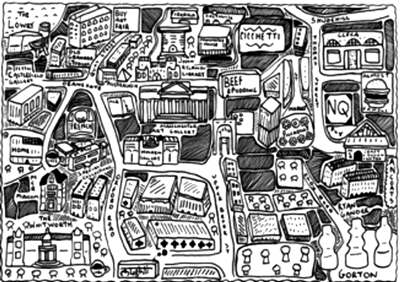 To paraphrase Monty Python; what, other than mass industrialisation, lefty firebrand radicalism and morose indie bands, has Manchester ever done for us? Well let’s start with the basics – nuclear physics. The atomic theory was formulated by John Dalton whilst working as a private tutor in his rooms on George Street. The atomic nucleus was discovered by Ernest Rutherford at the University of Manchester in 1908, and the atom was split in 1919 in the Coupland building of the University. The electron was discovered by JJ Thomson of Cheetham Hill, and James Joule came up with the Law of Conservation of Energy, and later the small matter of the First Law of Thermodynamics whilst a member of the Manchester Literary and Philosophical Society.

The first stored program computer, the first floating point machine, the first transistor computer and the first computer to use virtual memory were all developed in the post-war years under the oversight of Alan Turing and his colleagues at the University. Turing was to cut his own life tragically short after prosecution for homosexuality, leading to an interminably bad film starring Benedict Cumberbatch. Somewhat ironically, Manchester can now boast one of the oldest and most vibrant gay scenes in the UK around Canal Street.

The first professional football league was formed on 17 April 1888 at the Royal Hotel, and we are still enjoying the consequences. If you happen to live in cossetted, effete southern depravity, you’ve probably supported United since birth and don’t need to hear any more about Edwards, Charlton, Law, Best (Figure 1), Giggs, Beckham or Cantona. As a child I spent an inordinate amount of time at the other Old Trafford eating damp fish paste sandwiches during perpetual drizzle waiting for the cricket to start. It was said that if you could see the Pennines from the pavilion it was just about to rain, whereas if you couldn’t it was already raining.

Culturally speaking, feel free to immerse yourself in Antony Burgess, Howard Jacobsen, Norman Foster, Take That!, Vimto (not literally), black pudding, Uncle Joe’s Mint Balls, Coronation Street, Oasis, the Stone Roses, Les Dawson or Bernard Manning. Perhaps not the last of these, but you know who to blame anyway.

“The city where Rolls met Royce and Marks met Spencer is once again a thriving commercial and cultural metropolis with a rich history and even richer future beckoning.”

In our world of medicine, Sir John Charnley of Bury Grammar School developed the first successful hip implants at Wrightington, Herchel Smith pioneered oral contraception at the University and Patrick Steptoe delivered the first IVF baby in 1978 at Oldham General Hospital. Admiral Karl Doenitz, the final Führer of the Third Reich, spent much of 1918 as a prisoner of war (after his U-boat was sunk off Malta) building the water tower at Withington Hospital. It was demolished in 1988.

Manchester’s renaissance from its post-war nadir has several complex explanations, but many credit the Provisional IRA’s 1996 detonation of the largest bomb in the UK since the last war. Seventy-five thousand were evacuated from the city centre and there were no fatalities, but a huge amount of infrastructure was flattened. The city’s mass regeneration was already under way thanks to Michael Heseltine, but the city planners now had an opportunity to convert the centre into its modern incarnation as a ‘Northern Powerhouse’ (Figure 2). The city where Rolls met Royce and Marks met Spencer is once again a thriving commercial and cultural metropolis with a rich history and even richer future beckoning.

So get down to Manchester Central on 4 July and don’t forget to visit Old Trafford, Salford Quays, The Town Hall, the Curry Mile, the Etihad, the Arndale, and most definitely Afflecks. And if you have time and inclination, the biggest and best BACO of all time will be happening in the vicinity.