The seven ages of BACO
By Chris Potter

Chris Potter is a man whose prose style needs no introduction. Here, he gives us a poetic discourse on the different generations of attendees at BACO. 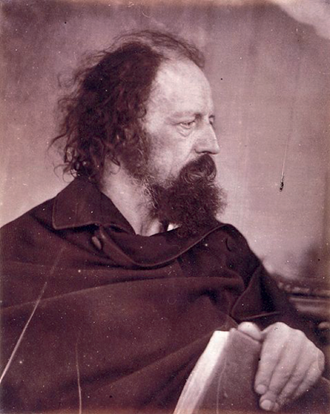 Alfred, Lord Tennyson has washed his hair and can’t do anything with it.

It’s that time of year again – the sap is rising, the dew is on the bud and the bird on the wing. My loins are girt and as Tennyson almost had it,

“In the spring a young man’s fancy lightly turns to thoughts of BACO”.

Every time the UK’s premier triennial ENT-related gathering comes round I see it as an opportunity to take stock and reflect on the glories and ignominies of the past three years. A bit like revalidation, but with less anonymised multi-source feedback and more simmering resentment. The hair may have grown thinner, the jowls wobblier and the abdomen more ptotic, but the intellect remains razor-sharp and a misguided optimism prevails in the seat of the soul.

Every BACO is different and yet remains reassuringly familiar, with similar experiences seen repeatedly through the prism of a maturing outlook on the world. Shakespeare once wrote that there were seven ages to man and, do you know, I rather think the old eggheaded scribbler had some sort of point.

One always used to be able to tell the BACO virgins by their fresh faces, shiny suits and the long phallic totems they bore with newly minted posters within. Many bore the scars of fruitless arguments with hand-luggage lackeys from low-cost airlines and medical illustration departments blissfully unconcerned by tight deadlines. There seemed to be a disproportionate amount of aimless wandering and fiddling with the conference bag, which would be retained for decades to come under the stairs in a twilight world with only some extension leads and a SCART cable. Illustrious speakers could be found bearing carefully compiled slide carousels on the way to the preview room (ask your seniors). In the days before our current extravagant study leave allowances, I dimly seem to recall sharing a bunk bed in a youth hostel with a likeminded parsimonious trainee. O tempora O mores.

“In the spring a young man’s fancy lightly turns to thoughts of BACO”.

One’s second BACO as a seasoned registrar was a different affair altogether. There were oral presentations to give, decadent bosses to impress and exotic-sounding drug company dinners to infiltrate. The plenary sessions seemed new and exciting, and the more overtly enthusiastic could even be seen taking notes which would remain undisturbed in a pristine lever arch file for decades. Many of my current hobby horses and prejudices originated around this time when ignorance, enthusiasm and naivete combined dangerously. Hence my ongoing devotion to either biofilms or gastroesophageal reflux as the prime aetiological factors of all ENT disease in some vague way. I was still somehow sharing a room (in a manly, Morecambe and Wise way) with a cheapskate colleague, much to my wife’s amusement, but we had procured the outrageous extravagance of the Travelodge.

“BACO evolves over the years and so do the delegates. We all have our exits and entrances, and one man in his time plays many parts.”

Third time around and I was looking for a job. The whole thing was a precision military exercise – the pliant SHO had the posters and I had a sharp three-piece pinstripe and the air of a man going places. Grinning like a Mormon missionary, I pressed the flesh and worked the room exuding the quiet desperation only a trainee in the six month period of post-fellowship grace can muster. I was a whirl of air-kissing and back-slapping forced bonhomie, with a constant eye over the victim’s shoulder just in case somebody more important should hove into view. I had my ear constantly pressed to the ground, and if the jungle telegraph suggested a sniff of a locum rhinology job in Berkshire, I’d be offering Nigel Bleach a vol-au-vent from the finger buffet and exchanging skiing holiday anecdotes before you noticed I was gone. The Ibis hotel had a single room with a Corby trouser press, and you could cut granite with the creases on my pinstripe pants.

The first BACO as a consultant was much more sedate and staid. The tweed jacket made its first appearance as I wandered languidly between sessions, pausing only to exchange pleasantries with old sparring partners or patronise the poor young Turks after a job. Some of the presenters started to appear remarkably fresh of face, and much of what they said was bafflingly new to me. Amazing what they can do these days. Conversely, several of the more prominent senior speakers gave orations which seemed strangely familiar and reassuring – one could even prompt them when they inevitably lost the thread towards the end. The mini-bar at the Hilton saw a bit of action, if I remember rightly.

This BACO will be my fifth, and, having been entrusted by the organising committee with a degree of fiscal responsibility well beyond my competence, I intend to spend as much time as possible propping up the conference centre bar with a whisky- and-soda to hand staring glassy-eyed into the middle distance. Alternatively you may find me curled up in the foetal position quietly sobbing in a corner of the plenary session. It may be a case of gross financial mismanagement, or just the male menopause. 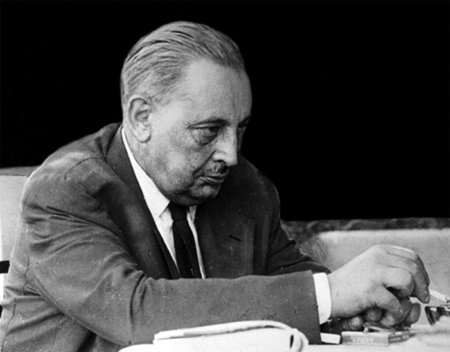 Giuseppe Tomasi di Lampedusa only wrote one novel, dying before he could ruin his reputation.

Next time around I have a bucket-list of BACO stuff I’ve always intended but never got around to. I’m going to wear a Pringle V-neck, plus fours and a bobble hat. I’m going to actually buy something from a conference stand. I’m taking a megaphone to the Master’s Reception to start the communal singing of ‘Four and twenty Virgins came down from Inverness’. I may not get invited back.

The retiree out for one last blast always seems to be having a delightful time. Former trainees who have spent the last two decades cursing the interminable years wasted indulging the sadistic old stooge now clasp him to their bosom and reminisce about the good old days. Who would cheerfully have wrung his neck only a few years ago now greet him as a brother and clutch him heartily to their bosom. Impressionable junior trainees gape open-mouthed as they are regaled by the same old yarns trotted out to disinterested acquaintances for the last six BACOs. Most of these anecdotes are based around two themes – how utterly useless and inexperienced trainees seem to be nowadays, and what harsh taskmasters the old boys were. The two themes may not be entirely unrelated, and I am showing a worrying tendency to dredge up the same topics myself on occasion.

Anyway as that old chap from Lampedusa opined,

“Things have to change so that they can stay the same”.

BACO evolves over the years and so do the delegates. We all have our exits and entrances, and one man in his time plays many parts. I couldn’t have put it better myself.