When dinosaurs ruled the earth
By Chris Potter

Optimism is abundant in medical research, but frequently ends up being tempered with reality. In his inimitable style, Chris Potter looks back over his career – starting with his medical school memories of Bentley-driving ENT consultants, and moving forward through his lab research in the early 2000s – to ask whether the promise of years of lab research has been realised.It may come as a surprise to our younger readers, but medical school was once a place of enchantment and wonder.

Our main corridor hosted a gallery of portraits documenting the Whig interpretation of medical history with a series of stern, forbidding Anglo-Saxon males remorselessly knocking various pathological processes into a cocked hat. Harvey, Hunter, Jenner, Lind, Lister, Simpson, Florey (this was Oxford, no place for that charlatan nincompoop Fleming), Cushing and Barnard stared reprovingly from their frames, sneering at your feeble attempts to master the Cori cycle. In a nod to diversity, Nightingale simpered coquettishly behind her lamp whilst those rum continental types, Pasteur and Billroth (Pictured) were generously acknowledged to have made a modest contribution to the magisterial progress on show.

The profession was still dominated by what Seamus O’Mahony calls the “Clinician Aristocrats” [1]; pinstriped antediluvian behemoths making occasional brief forays from their commercial enterprises to gaze with faintly bemused contempt on the pitiful state of the NHS worker’s collective. On my first surgical ward-round, the portly dinosaur noticed a beautifully hand-painted diagram of a foot and its reflexology points pinned to the wall. Without pause he casually tore off the bottom half as he wandered past and tossed it to the floor before gently reproving matron for allowing such nonsense on “his” ward. My personal career path into ENT was considerably influenced by a tutorial in the Royal Oak tavern opposite the old Infirmary, which was interrupted by the venerable otologist’s chauffeur popping in to apologise that he had put the hood down on the Bentley because rain was imminent. This was clearly my kind of speciality, even if I haven’t mastered the old tubotympanic vs atticoantral dichotomy yet. 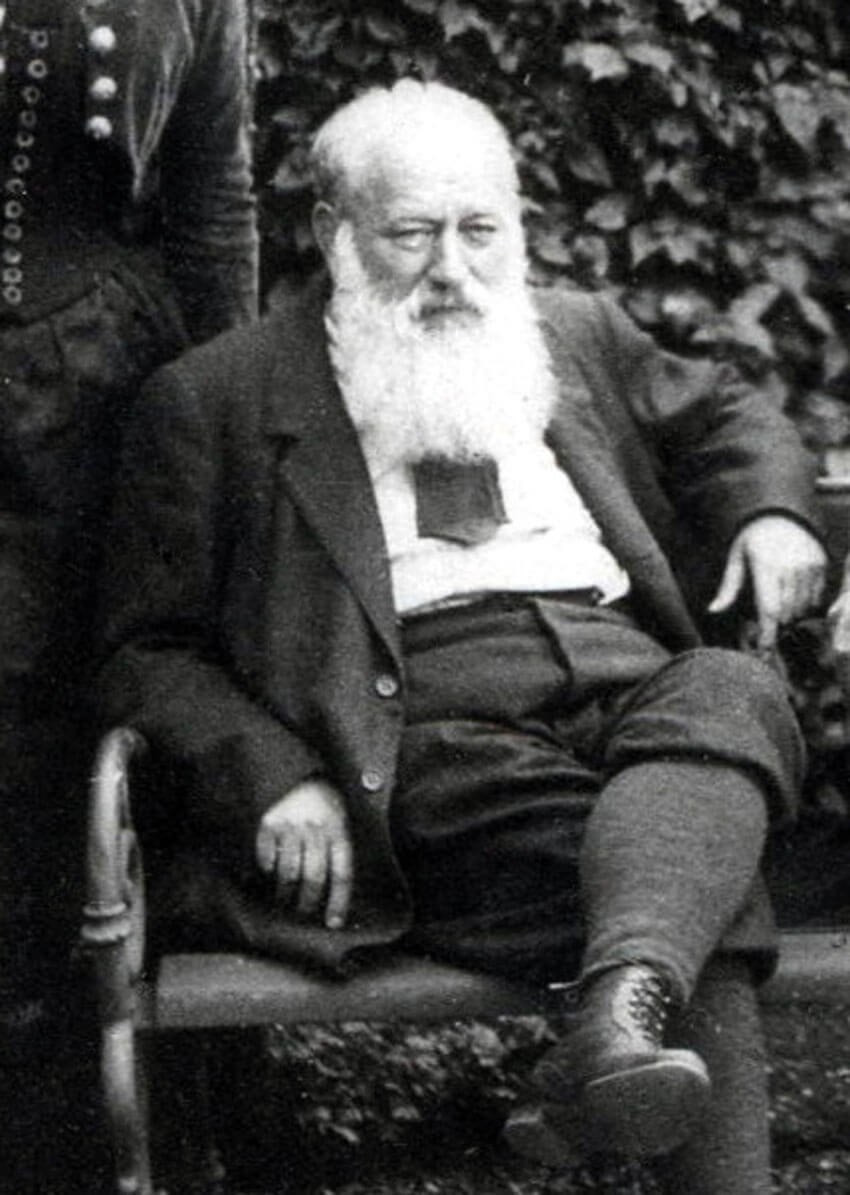 Theodore Billroth reflecting on his 360 prior to appraisal.

O’Mahoney notes that the big beasts of the medical world had that elusive quality, “bottom”; a mixture of gravitas, self-possession and charisma impossible to explain to a generation whose bosses are submerged in protocols, guidelines and meekly open-necked and bare below the elbow. There was, however, an obvious reason for this overweening narcissism and arrogance. The wonderful Lewis Thomas (1913-93) described how his time at medical school was dominated by TB, syphilis, tetanus, rheumatic fever, polio, meningitis and pneumonia. By his retirement these were of negligible clinical importance, and he was overwhelmingly managing diseases of old age; cancer, heart disease and strokes. His generation had seen off two world wars, a holocaust and all the major diseases of the early 20th century, so they probably felt they had good reason to swagger and generally flounce about as if they owned the hospital.

I caught the very tail end of the golden age of medical progress and was taught by a generation who had seen the systematic eradication of the major pathologies of their youth and fully expected our generation to mop up the few outstanding disease processes in a straightforward manner. There were, of course, some quiet voices of caution, but these were seen as the rantings of cynical old has-beens. Sir MacFarland Burnet was met with incredulity when he claimed in 1971 that the heyday of laboratory science was over, and Peter Medawar famously offered a wager that within the next decade remedies would be found for MS, juvenile diabetes and at least two forms of incurable cancer. Now Medawar was one of my earliest medical heroes; my first-year tutor knew him well and made me read his hugely entertaining books, so his misplaced optimism seems doubly cringeworthy in retrospect.

“The more things change the more they stay the same”
- Jon Bon Jovi.

In our first preclinical term, alongside anatomy and physiology, we commenced a course on molecular biology, which we were casually informed would be the key to our future victories. In hushed tones, we were taught the miracles of recombinant DNA technology, monoclonal antibodies and gene therapy. The latter was, at the time, the great white hope that would soon see off the major scourges of chronic disease. I vividly remember the palpable excitement of the discovery of the ‘Asthma gene’ in 1992 by our very own group at Oxford and the hoopla that followed, with the media claiming the inevitable cure for asthma was only five years away. The Sunday Times even printed a diagram of the gene being recombined into plasmid vector DNA before being shoved in an inhaler and puffed down the trachea to cure the grateful wheezy patient in seconds. I gazed on with wild surmise, but was slightly put out that I had invested such a large chunk of my time wastefully learning about this disease which would soon be reduced to a historical footnote. Predictably, I still own my very own asthma inhaler, albeit without the magic gene inside, and I only need it nowadays when the exertion of ploughing through a large finger buffet leaves me gasping.

The Human Genome Project was seen as an enormous game-changer; once we could read and understand the book of life, the genetic basis of chronic diseases would be laid bare, and we could all sit back and reap the benefits. Tony Blair and Bill Clinton announced the completion of the project (somewhat prematurely) in 2000, Clinton claiming it would “revolutionise the diagnosis, prevention and treatment of most if not all human diseases”. Groups all over the world announced candidate genes for schizophrenia, obesity, depression and heart disease, all reported breathlessly by the news media. Ioannidis later estimated a false positive rate of 98.8% for these early studies - all was clearly not well in the world of genomics, as our DNA revealed its secrets only gradually and reluctantly [2].

By 2000 I was also chained to the lab bench in a misguided attempt to eradicate squamous cancer, although I had a job on my hands just trying to keep my tumour cell lines alive over a bank holiday weekend. When I was introduced to my scientific colleagues, I told them confidently that I intended to follow a career in head and neck surgery. They slapped their sides and laughed at the ridiculous idea (as many of my trainers were to in succeeding years), telling me that there would be no need for the barbaric mutilation of the scalpel thanks to matrix metalloproteinase inhibitors which were all the rage at the time, and seemed to inhibit metastasis in vitro. Many wise contemporaries invested their nest eggs in British Biotech and their miracle drug, Miramistat. I had already carefully invested mine with the turf accountant, vintner and gentleman’s outfitter but was later somewhat vindicated when the whole affair came to a very messy end indeed, as chronicled by the BBC’s Blood on the Carpet series.

It pains me to say it, but the current Cartesian model of the body as a complex mechanism we need to fundamentally understand at a molecular level before we can start to treat has not served us well over my career. Molecular pathways are hugely more complex than we could ever have guessed, with massive in-built redundancy to frustrate our attempts at manipulation. In any case, my routine clinics are full of people with complicated, difficult lives, insurmountable personal problems and symptoms of globus, post-nasal drip, muzzy heads and eustachian dysfunction. My encyclopaedic knowledge of the molecular oncology of carbonic anhydrase IX won’t help them. Like generations before me, all I can really rely on is my vast reserve of personal charm, empathy and ‘bottom’.