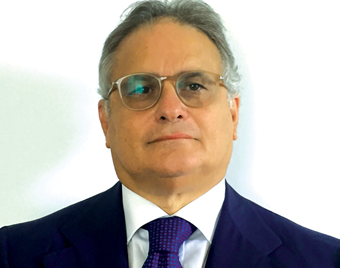 Prof Panetti, thank you for your time conducting an interview for ENT and Audiology News. We’re really interested in your journey to design new endoscopic middle ear instruments. But to understand how you got to this position, can you tell us a bit about your education and ENT training?

Thank you for this interview and for your interest in my experience in endoscopic ear surgery. My training in ENT started in 1984 when I had the chance to learn from the School of Bergamo, where I spent a semester attending the otosurgery course directed by Antonio Mazzoni who, at the time, was Director of Bergamo Hospital. During that period, I also had the opportunity to learn from Professor Robert Pareschi, a great otosurgeon and also a very good friend. In the following years, as many colleagues did, I visited the main centres of excellence in Europe to gain insights about the orientation of the different schools. I started my career at the Ascalesi Hospital of Naples in 1990, where I have been Director of the ENT department since 2002.

When did you first start endoscopic ear surgery?

I started to approach EES in 2009, right after the first International Working Group on Endoscopic Ear Surgery (IWGEES) course, organised by Professor Livio Presutti in Modena, frontrunner of the technique and another dear friend of mine. What impressed me first about this technique, was the opportunity to explore the ear in a way that I never did before, especially the hidden areas. Since the beginning, I realised the potential of this technique for teaching purposes. Additionally, the technique gave me the feeling of achieving a higher level of ‘control’ over middle ear pathology, at least theoretically. Obviously, after the first experiences, I became aware of the challenges of the technique and the need of an ad-hoc training to fulfil certain goals.

What proportion of your middle ear surgery operations are now performed endoscopically?

Let me first say that I don’t consider EES as an alternative technique to otomicroscopy, but rather as an excellent tool that, depending on specific circumstances, may be employed as both a complementary and exclusive technique. I generally prefer to use both techniques.

What I can argue from my experience, evidenced by data I published, is that, since 2009, thanks to the introduction of endoscopy in my toolkit, I have modified the surgical approach to the flogistic pathology of middle ear with a significant increase of cases treated by transcanalar approach. This reflected in a slight reduction of morbidity and recovery times from surgery. Also, thanks to the systematic exploration of hidden areas through endoscopy, I observed in my sample of cholesteatoma surgery, a significant reduction in the rate of residual pathology in the risky zones evidenced during the first surgical time. Finally, I experienced a reduction in the number of mastoidectomies performed. As for the recurrent cholesteatoma, I haven’t yet a significant follow-up.

Why did you embark on designing new equipment? What is wrong with the existing middle ear instruments?

Assuming that by using the traditional instruments, it is possible to perform an excellent EES and that the lack of ad-hoc instruments does not have to be a limitation for those willing to approach this technique, what really matters is the acquisition of deep anatomical and physiopathological knowledge, as well as good training. Nevertheless, from the outset, I felt the need to develop instruments provided with a suction channel to reduce the difficulties connected to the use of a single hand. In reality, I was encouraged by Professor Livio Presutti and Professor Muaaz Tarabichi (who are the President and former President of IWGEES, respectively).

In 2009, I started with my assistant to develop some prototypes that were very similar to some that are currently in production, and we tested them on animal models and cadavers. Subsequently, I met Charles Schraut, the engineer and Business Manager of Instruments at Spiggle & Theis, who accepted to meet my demands with enthusiasm. We started by developing 2/3 angled aspirators for dissection of hidden areas in middle ear and then we decided to elaborate almost all instruments that are generally used in otosurgery and that surgeons are already familiar with, i.e. round knife, Plester, etc., each provided with a suction channel.

Some of the first problems that emerged were the inevitable limitations and frictions of movements related to the dimension of the suction channel and instruments’ rotation which, of course, were connected to the tube itself. For this reason, we developed a 360° rotating Luer Lock connector for a quick switch of the instruments. Also, the connector has been designed to present a 70° angulation in order to nullify, or at least minimise, the weight of the suction channel. In fact, the above-mentioned angulation allows discharging the weight of the tube on the arm of the operator, as you can see in Figure 1. 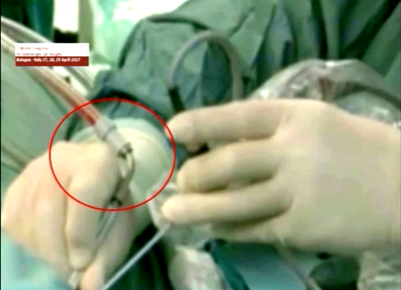 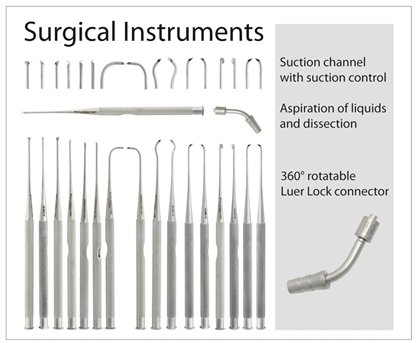 How long did the process take, from concept to market? How many iterations did you go through before you were happy?

About three years. Compared to initial prototypes, which were thinner, the calibre of the current instruments shifted to 0.9mm, which is a good trade-off between the strength of suction and the possibility to achieve a good cleaning of the instrument. Also, the material was supposed to be sufficiently resistant to be implemented in proximity of the bone structure, which implies the risk to deform the instrument.

Are there any further tools you are working on?

Of course, this project is a work in progress. Recently, we have introduced three new instruments in the set. More specifically, we introduced a sickle knife, whose development has required much time due to specific requirements: the knife needed to be particularly short and efficient at the same time, otherwise the suction channel would not be able to perform its function. Additionally, we are working on an angled two-way connector to perform low-pressure irrigation in target areas without removing the instrument from the operative field. Finally, following inputs from Prof Presutti, we have developed longer prototypes for otoneurosurgery.

Do you think smart tools / robotics will play a role in middle ear surgery in the future?

Yes, probably. However, at the present, I think that main limitations relate to the overall dimension of mechanical arms, especially in such a small operative field, as in the case of the external auditory canal.

What advice would you give to a young surgeon starting out?

First, I would suggest to gain an in-depth anatomical and physiopathological knowledge and only after that, to focus on the technique. As for otosurgery, I believe that it is important to approach both otomicroscopic and endoscopic techniques, especially because by now there are many basic courses focused on both procedures. Also, I think it’s important to have the chance to explore different schools of thought in order to broaden your horizons and be ready to face challenges in a critical way.

What lessons have you learned that others could apply?

At least as far as otosurgery is concerned, the choice of surgical procedures has to be led by the needs of pathology and not vice-versa. In other words, there is not a universal approach by using a single technique.

As a busy clinician, how do you take ‘time-out’ and relax?

During the weekend, when I am free, I enjoy listening to music and dedicate time to my long-standing passion that is playing the electric guitar. 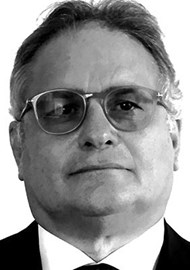 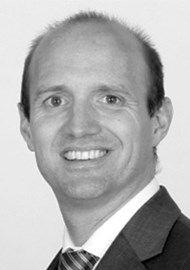