Members of the ENT and Audiology News team spoke to Rose Henrichs, Solutiones Vobis and Nick Maris, CEO and President of Somna Therapeutics about the Reza Band device. 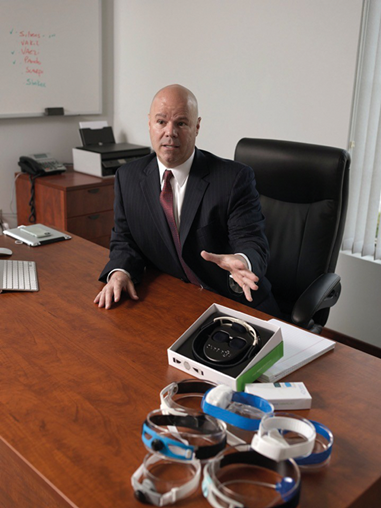 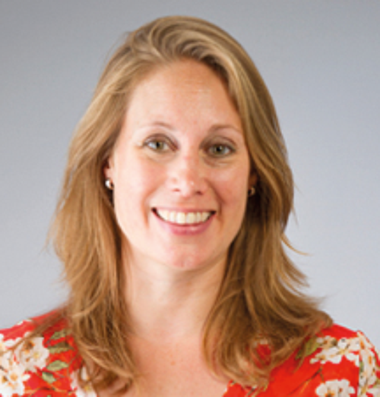 What is your involvement in Reza Band? And why are you involved?

RH: I met Nick Maris, CEO and President of Somna Therapeutics, and Jim Miller, VP of Product Development and Regulatory Affairs, last year during Medica in Dusseldorf. The medical device world is small and Jim and I worked at the same company in the past. They were looking for someone to help develop the international market for their newly approved Reza Band® UES Assist Device designed to treat symptoms caused by acid reflux into the throat and lungs.

I’ve worked in the international ENT field for the last seven years with Radiesse Voice so I have a strong network of laryngologists and ENT physicians all over the world. I was impressed with the Reza Band and the option it offers patients with LPR, so I wanted to use my knowledge of this market to help Somna Therapeutics introduce the Reza Band globally.

What is the Reza Band?

How does the Reza Band work?

NM: Patients suffering from acid reflux into the throat and lungs have in common a dysfunctional upper esophageal sphincter (UES). A poorly functioning UES can result in regurgitation of stomach contents into the larynx, pharynx and lungs. During sleep, the upper UES muscle relaxes, but with acid reflux sufferers, it relaxes too much.

The Reza Band cushion is placed over the cricoid cartilage, which is right below the Adam’s apple or laryngeal prominence. A person will most often wear the Reza Band at night while sleeping.

The Reza Band is designed to apply a small amount of controlled external pressure to the cricoid cartilage area, similar to the pressure applied when taking your pulse. By doing this, the slight pressure helps the UES stay closed, keeping reflux from entering the throat and lungs. Basically, the Reza Band allows a dysfunctional UES to operate like a healthy UES. 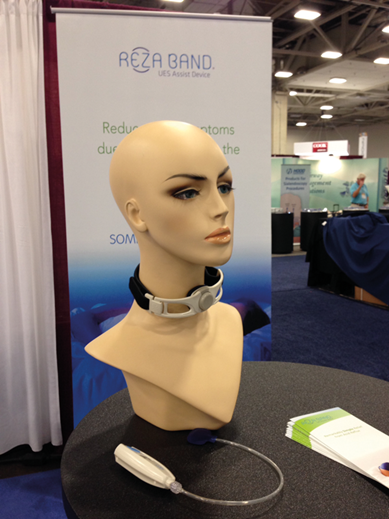 What is the story behind the Reza Band?

NM: The Reza Band UES Assist Device is founded upon scientific and clinical research conducted over 20 years by a leading gastroenterologist at the Medical College of Wisconsin. Somna Therapeutics was created in March of 2012 in partnership with the Medical College of Wisconsin and is a medical device company focused on improving quality of life for the millions of people suffering from acid reflux disease by introducing the Reza Band. The Reza Band received FDA clearance in March of 2015.

Who is an ideal candidate for the Reza Band?

RH: Patients with symptoms due to acid reflux into the throat and lungs who:

What makes this such an important treatment option?

NM: To begin with, the cost of acid reflux disease in the USA is staggering. According to a Vanderbilt University study, acid reflux costs $54 billion per year to patients for diagnosis, testing and treatment. This is the third most expensive disorder behind the $90 billion spent on heart disease and the $58 billion spent on cancer.

Each year, more than 130 million prescriptions are written for acid reflux. This does not include OTC versions of acid-reducing drugs.

Further, clinical studies show PPIs work only 55% of the time, as they don’t stop acid reflux. Additionally, there have been side-effects and risks linked to long-term use of PPIs, such as osteoporosis and even heart disease, which make a more natural, non-pharmaceutical treatment, like the Reza Band, an appealing option.

What have the clinical trials shown?

NM: In clinical trials, 86% of patients were found to have significant symptom reduction after two weeks. Based upon a cohort of clinical studies done over the last five years, the Reza Band is clinically proven to be safe and effective. Objective studies show that when external pressure is applied at the cricoid region, reflux is kept from passing through the UES and that UES pressure increase is significantly correlated with external cricoid pressure. The clinically proven Reza Band reduces challenging symptoms such as chronic throat irritation and cough, hoarse voice, difficulty swallowing, and postnasal drip with few mild and short-term side-effects. 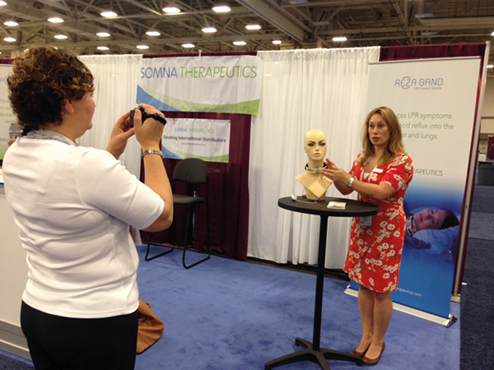 Rose Henrichs demonstrates the Reza Band to the ENT and Audiology News team at the AAO-HNSF Congress in Dallas, September 2015.

What are early wearers saying about the Reza Band?

NM: Early wearers are seeing results similar to those in the clinical studies. They are experiencing significant reductions of symptoms such as throat irritation and cough, hoarse voice and post nasal drip within a few weeks of wearing the device.

How are patients fitted for the Reza Band?

RH: The Reza Band is fit for the patient using an External Manometer along with a pressure sensor. This small hand held unit is designed to fit each patient to the correct setting of 20-30 mmHg. A clinical study done by the Medical College of Wisconsin has shown that 20-30 mmHg stops reflux from passing above the UES. The prescribing physician can obtain the pressure needed quickly and non-invasively.

How much does the Reza Band cost and how does it compare in cost to standard treatments for LPR?

How can people obtain the Reza Band? Where is it currently available?

RH: The Reza Band is FDA- and CE-cleared and is available by prescription in the USA and in selected international markets through physician clinics and hospitals. Patients in the USA can purchase the device at www.rezaband.com. 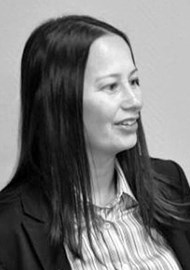 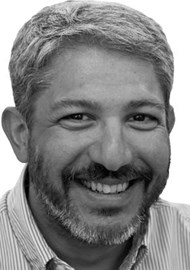