The World Health Organisation (WHO) estimates that there are over 360 million people with a disabling hearing loss in the world. Disabling hearing loss is considered to be a loss of greater than 40 decibels (dB) in the better hearing ear in adults and 30dB in the better hearing ear in children [1]. Action on Hearing Loss estimated in 2011 that 10 million people in the United Kingdom have a hearing loss, and this number is predicted to rise to 14.5 million by 2031 [2].

The predicted increase in hearing loss, combined with the fact that the proportion of people aged over 60 years is growing faster than any other age group, may indicate the need to review the delivery of hearing health care.

The selection, fitting and verification of hearing aids are typically performed by individuals in the audiology profession. Audiology evolved from a collection of professions that include engineering, medicine, physiology, psychology, speech pathology and teaching. This diversity could explain the differences observed in the audiology curriculumwhen reviewing the training pathways in different countries. There is a strong link between audiology and speech language therapy in some countries, whereas in others it is linked more closely to medicine. Goulios and Patuzzi (2008) highlighted the possibility that there are developing countries in the world where the profession does not exist at all [3].

“Audiology evolved from a collection of professions that include engineering, medicine, physiology, psychology, speech pathology and teaching.”

There is further diversity in the terminology used for the different roles in the profession of audiology. Some of the titles include audiologist, clinical scientist, associate audiologist, assistant audiologist, hearing aid audiologist, hearing aid dispenser and hearing instrument practitioner. The professional term ‘audiologist’ is most prevalent in American, Asian and Pacific countries as well as all countries that have English as their national language [3]. This assortment of professional titles complicates the understanding of the different scopes of practice, and this is reflected in the number of training routes and contexts in different countries.

Figure 1. Summary of the training routes and corresponding titles in audiology in four countries.

Canada (this can vary between provinces / territories)

The audiology training routes available in different countries vary significantly in length, as well as academic level. Figure 1 provides a summary of the training routes and corresponding titles in four countries (Denmark, United Kingdom, Canada and South Africa). The delivery of hearing health care also varies between countries and it can be divided in a number of ways. In some countries a divide can be found between different populations with hearing impairment, where one professional works with adults and another with adults and children. The context of service delivery can provide a further divide, as some professionals work in the private sector and others within a national health care system.

An analysis of hearing health care services provided in Europe in 1997, indicated that there were some differences in audiology training between European countries [4]. The European Federation of Audiological Societies (EFAS) subsequently created a working group on ‘European Audiology Training’, to focus on the development of a curriculum for what they called a ‘General Audiologist’. It was hoped that this would provide guidelines for European countries to provide training in audiology and to ensure some consistency across Europe. In 2001 a curriculum was proposed for the general audiologist and subsequently adopted by EFAS. The proposal suggested a four year honours degree as a minimum standard with at least six months of practical training, which is a longer training route than that of the assistant audiologist.

Figure 2: Summary of the similarities and differences in scope of practice between two roles identified in Canada (adapted from SAC, 2013).

Audiologists and Hearing Instrument Practitioners conduct hearing tests for the purposes of dispensing hearing aids and other assistive listening devices.

The Hearing Instrument Practitioner’s scope of practice is narrower than the audiologist’s.

Hearing Instrument Practitioners test peripheral hearing for the purpose of selecting, fitting and dispensing hearing aids and other assistive listening devices. Hearing Instrument Practitioners are typically not permitted to provide services to children (age-range defined differently in various provinces/territories) as their scope is generally limited to adults and is reflected as such in regulation, where it exists.

Audiologists are uniquely qualified to assess, identify, diagnose (restricted in some provinces) and manage individuals with peripheral or central hearing loss, hyperacusis, tinnitus and balance disorders; and to select, prescribe, fit and dispense hearing aids and other assistive listening devices. Audiologists also receive extensive training in counselling and (re)habilitation, which extends their practice beyond the selection and fitting of amplification. Audiologists are trained to perform these services for all ages – from newborns to adults.

Speech-Language and Audiology Canada (SAC) produced a position paper on Differences between Audiologists and Hearing Instrument Practitioners in Hearing Health Care in 2013 [5]. This paper provides clarification between the role of the hearing instrument practitioner and audiologist in Canada. Figure 2 provides a summary of the similarities and differences in scope of practice between the two roles in Canada. It is acknowledged that this position paper is specific to the Canadian context in terms of terminology, but it could provide a framework to compare the scope of practice of the assistant audiologist and audiologist elsewhere.

The scope of practice of the assistant audiologist and audiologist in the two countries will be considered by comparing the services they provide, the specific populations they serve, as well as the contexts in which they provide hearing health care.

Audiologists in Denmark and the United Kingdom work in both the private sector and in hospital settings. They typically offer the same service as the assistant audiologist as discussed above, but additionally assess, identify, diagnose and manage individuals with peripheral or central hearing loss, balance disorders, hyperacusis and tinnitus. Their scope of practice covers a wide range of patients, from newborns to adults, and they are trained to provide habilitation and rehabilitation beyond the selection and fitting of hearing aids.

As well as the two roles in audiology across Denmark and the UK raises the question of relevance to other European countries, especially in light of the European Union’s directive on cross-border healthcare (Directive 2011/24/EU) [6]. This directive considers the access and delivery of health care across the borders in Europe. A curriculum for the assistant audiologist in line with the curriculum of the ‘general audiologist’ as proposed by EFAS, may provide a further recognised entry route into the profession of audiology, possibly expanding access to hearing health care. It could potentially clarify the confusion around the title of the assistant audiologist and perhaps facilitate progression to audiologist.

Lizanne Steenkamp qualified and worked in South Africa as a Speech Language Therapist and Audiologist before coming to Scotland in 2005 to work as an Audiologist in the National Health Service (NHS). In 2007 she joined Queen Margaret University in Edinburgh as a lecturer in audiology. Lizanne has a keen interest in the profession of audiology and the education of future and current audiologists. She is a member of a number of committees in the British Academy of Audiology (BAA). Soren Hougaard has over 30 years’ experience in the hearing aid industry. He was International Marketing Manager at Widex, Country Manager at Phonak Denmark, and has been Secretary General of EHIMA for seven years. Soren has also provided voluntary counselling for the House of Hearing for 20 years. 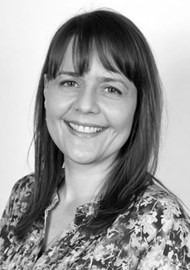 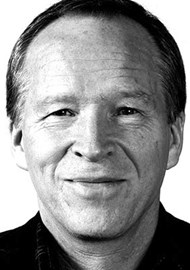