Short Sharp Scratch Productions came to the attention of Rosaleen Shine who forwarded details of their YouTube videos. Omar Hafeez-Bore and Nicola Lowe created a series of informative and educational videos of basic ENT skills during their ENT placement as Foundation Year One doctors.

These videos are humorous, entertaining and instructive: they describe their style as ‘Edutainment’. Before you send juniors and medical students (as well as afford yourself a chuckle at their lively jovial style) to check out their amusing take on management of ENT emergencies read about the experience and background of these two future medical educators! 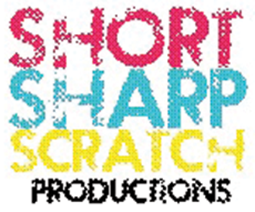 Omar (O): I studied in Imperial College, London. My qualifications are BSc Medical Sciences (I think!) and MBBS. Currently I am working as a locum in ED and Surgery in the Midlands to fund an MSc degree I have undertaken in medical humanities in King’s College London. I used to make films at university for entertainment purposes and charity projects, and when I met the hilarious Nicola Lowe during our ENT FY1 placement I saw an opportunity to brush off my video-making interest again.

Nicola (N): I took the less direct route to medicine by first swinging by Liverpool to pick up a BSc in Anatomy and Human Biology, then working as a Health Care Assistant in Wigan, then heading to Birmingham for my medical degree. I hope to one day be a competent A&E doctor.

How long have you been making films?

O: I have been making films and video-editing since University.

N: Since I met Omar.

How did you get started?

O: I have always been interested in film, and was involved in several societies and projects at university, including two roles as publicity officer. I started putting inordinate amounts of time and effort into posters and publicity materials; and this soon evolved into video-making and editing. I later used this in charity and entertainment projects and, now, into the channel Short Sharp Scratch Productions.

Have your videos always had a medical theme?

O: The ones at university were as un-medical as possible! Making them was a mental holiday from medical studies. It was only when Nicola and I thought about teaching the basic ENT knowledge and tips from our placement that the videos, and later the YouTube channel, led me into (vaguely) medical video-making.

What inspired you to make the ENT series?

O: Nicola and I had a great ENT FY1 placement together in the Midlands. There were no SHOs so we had lots of opportunities to get stuck into as much as we wanted to which included taking and managing ward, GP and A&E referrals. The team was very supportive and we also attended an ENT Skills course at the Queen Elizabeth Hospital Birmingham. We soon realised that:

Could education and entertainment be combined in video delivery? The videos are partly an experiment to see. We did not do the filming during the day but would stay after work and film, then I would edit in my free-time.

N: We did have a lot of spare time, that’s relatively speaking of course, relative to every other medical speciality bar psychiatry.

“It has been said by one doctor that he literally learned all the ENT he knows from those videos.” 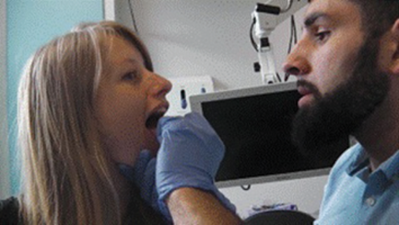 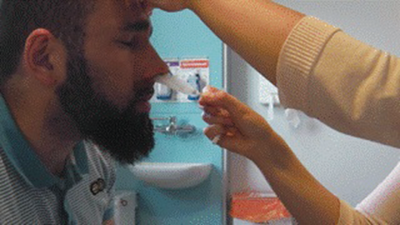 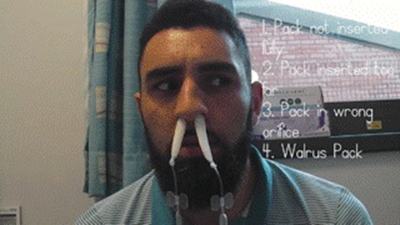 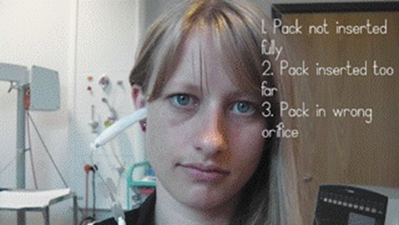 How did your bosses and colleagues react to the project?

O: The consultants and registrars enjoyed the videos a lot and were supportive, and the hospital itself let us show the videos in junior doctor teaching.

N: I think they encouraged us like a loving parent would encourage a talentless child. They were very nice to us.

What feedback have you received and from where?

O: We’ve received great feedback from all sorts of quarters, and even now get recognised in hospital by the odd medical student or trainee who have somehow been forwarded the video. More people than we anticipated seem to enjoy our niche sense of humour and bizarre interpretation of ‘education’.

N: It has been said by one doctor that he literally learned all the ENT he knows from those videos.

What other projects have you worked on / planned?

O: After 6 ENT videos which we felt covered most of the common presenting complaints, we have started a new video series called ‘Journey of a Junior Doctor’ consisting of interviews and anecdotes from junior doctors. They are edited in quite a unique way and we’re looking forward to getting the second episode in that series out soon!

What do your bosses/medical school/ Trusts/deanery think of what you have been doing?

O: There’s been little formal feedback from above, but I know the head of the West Midlands Deanery was present at one showing that took place in an FY1 induction in Redditch, I heard from a good source that he both approved and even laughed out loud. I can only assume this is a sign that the videos will soon be made compulsory in the national curriculum.

N: Yes, there has been very little formal feedback or involvement from any of the above. It’s almost like they don’t want to be involved. I think that might be because the whole thing is a bit ‘silly’.

Are you pursuing a career in ENT?

O: Neither Nicola or I is pursuing a career in ENT, but still remember our placement fondly – there would likely not be a Short Sharp Scratch Productions without it. I am continuing to do some media work and study with my masters degree and I am sure I will be pilfering Nicola for her wit and comic timing in the future.

N: Although I will gladly pack a bleeding nose to this day, I do not have any intention of training in ENT. But I look back fondly on my time in the specialty. 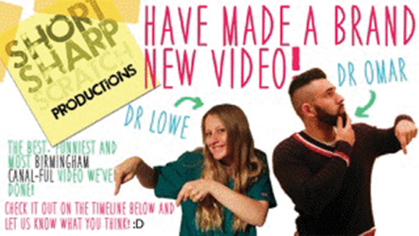 You can find the videos by searching for ShortSharpScratch or ENTbasics on Youtube.