Why did you decide to recruit an apprentice?

As one of the biggest paediatric audiology services in the UK covering South East London, with an annual birth rate of 26,000 and employing 21 audiologists, we are a very busy department! In 2019 we had a vacancy and decided to think creatively about how best to utilise the post. We identified that there were a number of tasks in the service being carried out by clinical audiologists that could be performed to as well by an audiology assistant and subsequently free up our clinical audiologists for other tasks. As we had not previously employed an audiology assistant we decided the best way to fill this gap was to take on an apprentice.

The apprenticeship allowed us to develop and shape the role into meeting both the non-clinical and clinical needs of the service, as well as meeting the requirements of the qualification by allowing our apprentice to develop a broad skill set.

“Rachael works between the administration and clinical team, and having this link between the two teams has been very helpful in building a unified service”

How has having an apprentice benefited the service?

Having Rachael, our apprentice, has benefitted the service in many ways and she has become an integral part of our team. First and foremost it allowed us to reallocate tasks usually undertaken by an audiologist, thereby increasing the audiologists’ capacity for more specialised clinical tasks. By mapping out Rachael’s roles and responsibilities and giving her ownership of these, she has been able to streamline a number of processes, something which was well overdue. Rachael works between the administration and clinical team and having this link between the two teams has been very helpful in building a unified service. ‘Wearing both hats’ has allowed her to bridge the gap and see opportunities where both teams can work in a more joined up way and, of course, the main beneficiaries of this are the children and families we serve.

Following a period of training and support, Rachael is now also able to see patients over the age of five independently. Again this has been hugely beneficial to free up audiologists and create more clinical capacity for our more complex caseload.

Would you employ an apprentice in future?

I think I can speak for the entire team when I say that we would not hesitate in employing an apprentice in the future. Rachael has proved to be indispensable. It has also been really rewarding to see how we as a service have helped in building her confidence, competence and skills in helping her to achieve her future aim of becoming an audiologist. Upon completion of the Level 4 course, we are hoping that we will be able to support Rachael through a Level 6 apprenticeship so that she can realise her dream of becoming an audiologist and also recruit a new apprentice into the then vacant Audiology Assistant Apprentice position.

What attracted you to the apprenticeship?

I first graduated from a teaching and education degree but quickly decided that I wanted to pursue a career in healthcare. Although my previous expectations of apprenticeships was that they are a course commonly taken by trades professions and people younger than me, I was pleased and reassured to learn very quickly how untrue this is. The benefit of training through an apprenticeship is that I have been able to learn and support myself financially whilst doing so. Since joining the team, I have also found that I am not treated as ‘the trainee’ and my place in the team is considered just as important as everyone else’s.

My average week as an apprentice consists of one full ‘study day’, where I attend virtual lectures at college and spend time completing any assignments or reading. I then spend two afternoons per week with the service’s administration team, helping to cover reception, dealing with patient enquiries, and contributing to managing incoming referrals etc. The highlight of my week has to be my independent clinical time. Here, I assess the hearing of patients over the age of five and decide on further management, if needed. Although this was the toughest part of the training so far, it is also the most rewarding. I enjoy being trusted to work independently but always know I have a colleague just a room away if I need any advice or support.

“Since joining the team, I have also found that I am not treated as ‘the trainee’ and my place in the team is considered just as important as everyone else’s”

I also assist with hearing assessments of children under the age of five at our main site, which is an extremely rewarding experience, but I am yet to master the energy levels of a toddler! In the next few months, I am hoping to progress in other clinical areas, such as impression taking, and I am looking forward to taking on even more new opportunities.

What are your highlights of the apprenticeship so far?

A particular highlight for me over the past two years was obtaining the approval to see patients aged over five independently. Being observed and assessed in a clinical setting was a nerve-wracking process, but I quickly managed to use the extra pair of eyes to my advantage and make some well-informed decisions when managing patients. I also had the opportunity to spend two weeks in the Trust’s critical care department as part of my redeployment during the COVID-19 pandemic. I went into this brave new world with a colleague, and we quickly settled into our roles, feeling inspired and motivated to contribute to the Trust’s effort.

What are your plans for after the apprenticeship?

Being an apprentice has taught me a lot about myself, and who I am as a professional. I’ve learned some valuable lessons (such as the importance of saying ‘no’ sometimes!) and been able to lean on colleagues for help and support with essay writing, clinical skills and anything else I’ve needed. I am due to finish my apprenticeship in July this year and will hopefully be going on to pursue the Level 6 qualification from September 2021. I have high hopes of becoming an audiologist and found this apprenticeship the best way to propel me forwards. 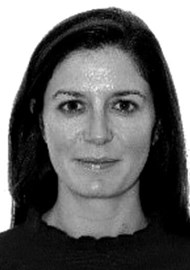 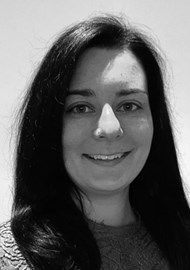