Ulrik Pedersen, Chairman European Board Examination in Otorhinolaryngology-Head and Neck Surgery, and Shawkat Alaa Shawkat Abdulrahman, Rhinology Consultant Tallaght Teaching Hospital, Dublin, outline the history and format of the EBEORL–HNS and demonstrate the huge benefits gained from the qualification with respect to experience and career progression. 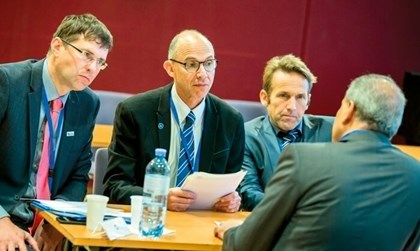 The EBEORL-HNS was created by the European Union of Medical Specialties (UEMS) ORL Section and Board in 2008. The first written exam was held in Mannheim, Germany. The exam is based on the UEMS Glasgow declaration (February 2007) and is open to candidates from all over the world.

The exam was created to harmonise knowledge among otorhinolaryngologists throughout Europe. The EBEORL-HNS Board set up a quality standard for Europe to allow free movement of specialists among the EU member countries. Only those who are qualified specialists of ORL-HNS or in their final year of education, can sit the exam. The syllabus for the exam is the UEMS ORL Section and Board European logbook.

The exam consists of two parts. Part one is a written exam consisting of 100 multiple choice questions (MCQs). Until now, two to three exams have been performed each year, one of them normally in connection with a major European ORL congress. Those who successfully pass part one are eligible to sit part two, which is an oral exam held yearly in Vienna.

It comprises four questions in each of the following areas: otology-neurotology, rhinology and head and neck, including questions in paediatric ent and facial plastics. About 140 candidates can be examined in one day. Each candidate will have about an hour and a half to answer the 12 questions. There will be two very experienced qualified European examiners at each table. Those who pass the final exam can call themselves a Fellow of the European Board of ORL-HNS. 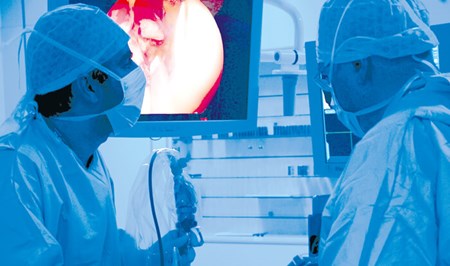 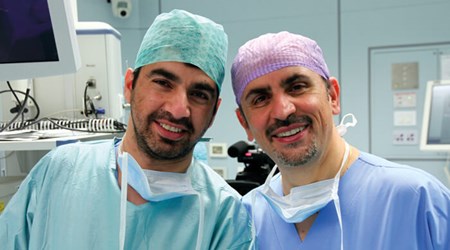 The average pass rate for the written exam has until now been 81% and for the oral exam, 76%. At this present time, a total of 876 candidates have passed.

It is our aim to create a robust exam with high-quality indices. Quality comes first and therefore an intensive review process of both MCQ/OGQ is performed. Furthermore, we conduct a regular examiners evaluation comprising regular examiners training, monitoring of examiners’ marking during the exam and observation of the performance of the examiners by board members.

“Knowledge is power, and this power is tested by the EBEORL-HNS” 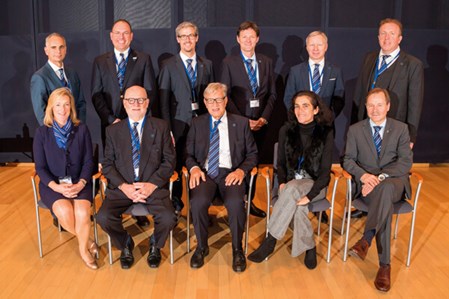 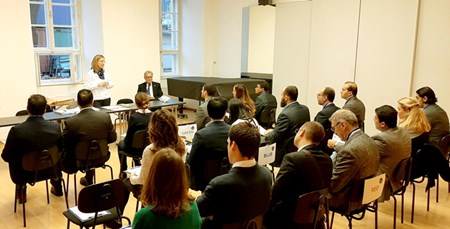 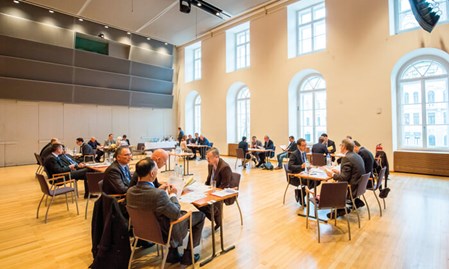 Above: Images from the oral exam in Vienna, 2019

The EBEORL-HNS is not a compulsory exam but an additional qualification to the national education/exam, however the additional benefits of passing the EBEORL-HNS exam are:

It is the future aim to have an electronic written exam undertaken on the same day in several countries. The first written exam in this format will be held on 6 June 2020 in Heidelberg, Istanbul, Athens, Bahrein and Brussels. For those who pass this exam, the oral exam will be in Vienna in November 2020. Two national ORL-HNS societies have approached the Board of EBEORL with the wish to have the EBEORL exam, either in part or as a whole, as their national exam. Our aim is to start these exams in 2020. 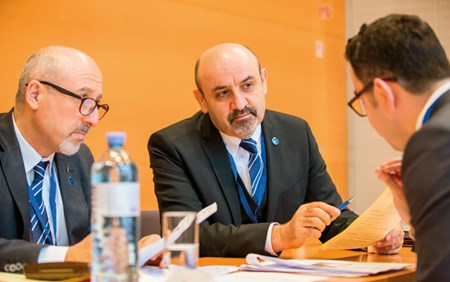 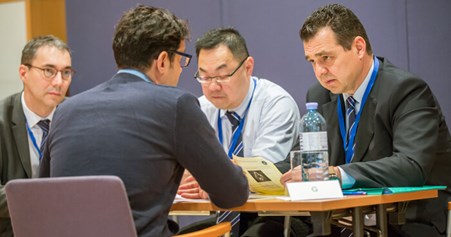 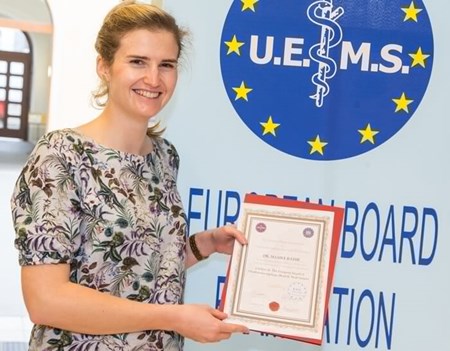 A successful candidate at EBEORL. 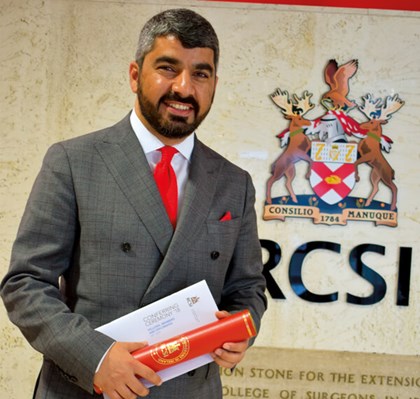 Shawkat receiving his Fellowship of the RCSI.

In conclusion the EBEORL-HNS is a well-established European ORL-HNS exam, providing an extra qualification on top of the national exam/education, which gives the candidates international exchange possibilities and an enhanced job application.

A personal experience of these benefits is outlined by Shawkat Abdulrahman:

“Having graduated from medical school in Baghdad-Iraq in 2003, I then moved to Jordan to join the otolaryngology training programme from 2006 to 2011. I was in my final year of the residency programme in ORL-HNS when I undertook an observership with Prof Paolo Castelnuovo and Prof Pietro Palma in Varese, Italy, in early 2011. At that stage I was holding the MRCS(Edi)and DOHNS(Edi) certificates and I required and desired a more challenging certification to prove and recognise my knowledge and experience toward any European otolaryngology department, in order to be shortlisted for fellowship. The EBEORL-HNS being an early established exam and having a third-party assessor in English language meant I felt it was the most accreditable exam, which would be recognised by all European consultants. Thus, I hoped it would open more doors.

I had passed part one (the written test) in Barcelona July 2011, then passed part two (the oral exam) in November 2011 in Vienna. I was then awarded the fellowship diploma (FEBORL-HNS). This provided a great opportunity to be selected and join the clinical fellowship in Rhinology and Endoscopic Sinus and Minimal Endoscopic Skull Base Surgery with Prof Paolo Castelnuovo, and Rhinoplasty and Facial Reconstructive Surgery with Prof Pietro Palma from January 2012.

Achieving the EBEORL-HNS exams was the spark for all other following scientific and career progression, starting firstly with the wonderful fellowships (endoscopic skull base and rhinoplasty) mentioned previously. I then passed the Arab board and Jordanian board exams in otolaryngology, head and neck surgery 2012. In 2014, founded and organised the first hands-on dissection course in Iraq, providing a feasible opportunity of hands-on teaching for colleagues and residents on an annual basis, with engaging international pioneers in teaching courses and live surgeries in Iraq.

I moved from Italy to Ireland and, with all this experience, achieved the fellowship exam by the JCIE (Joint Committee on Intercollegiate Exams) on the first attempt, thus becoming a Fellow of the Royal College of Surgeons in Ireland. That lead me to settle in Dublin and work as a Consultant Rhinologist in Tallaght University Hospital and Naas General Hospital where my ongoing goal is to progress to build and accept an international fellow in rhinology (outside-inside) programme.

Last but not least, knowledge is power, and this power is tested by the EBEORL-HNS.” 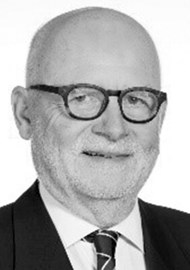 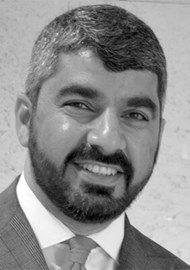