Douglas L Beck gives his unique take on the difficulties involved in diagnosing dizzy patients and the importance of well-founded research acting as the basis for any diagnosis and treatment decisions.

Dizziness. Uh-oh. We really have a very limited understanding of diagnosing and treating dizziness. Words like “vertigo”, “dizziness”, “dizzy”, “unsteady”, “spinning” (and more) are not very accurate, they overlap and they mean different things to different people.

Are you spinning? Is the world spinning around you? Is it going left-to-right or right-to-left? Are you woozy? Light-headed? Do you have hearing loss? OK, well then, it’s your ear. We’ll need to rule out Ménière’s disease and / or endolymphatic hydrops and / or benign paroxysmal positional vertigo (BPPV)? Wait, did you say you had a headache? Do other people in your family have headaches? Maybe you’re experiencing the most common cause of dizziness, a migraine! Ah hah! Then again, it could be your blood pressure. Or maybe it’s your diet – perhaps you’re anaemic? Wait – maybe it’s your vision. It could be you got up too fast… or something else entirely. How low is the chair you were sitting in? Did you eat breakfast today? Did you lose consciousness? Maybe it’s a brain tumour?

The thing about “dizziness” is no two people or patients describe it the same way. Of course, we all get the concept – but it’s kinda like back pain, tinnitus and headaches. That is, we know what those words mean to us (through our professional filters) but we don’t actually know what it specifically means to the person who suffers from it – and we know that we cannot prove anyone is (or is not) experiencing dizziness, spinning, light-headedness (or back pain, tinnitus or headaches for that matter!). For example, Eggermont (2012) gave a 4000 Hz tone to many people, of whom a third described it as a tone, but two thirds described it as something else (26% a hissing sound, 18% a roaring sound, and some 22% described it as whistling, squeaking and more) [1]. The point is, the words used by the patient may or may not be in sync with our understanding of those same words. Their ability to describe signs, symptoms and experiences may be limited by their experience, vocabulary and knowledge of the subject matter.

“The thing about “dizziness” is no two people or patients describe it the same way.”

Beck, Petrak and Smith (2013) reported migraine, Ménière’s disease and vestibular migraine do overlap and are each known to be a diagnosis of exclusion [2]. Indeed, the term ‘vestibular migraine’ may very well be a synonym for migraine associated dizziness, vestibular Ménière’s, migraine associated vertigo, benign recurrent vertigo, vertiginous migraine, migraine-related vestibulopathy and more! Perhaps these diagnoses originate with the same issue / phenomenon (pathogenesis) and perhaps the differences in differential diagnosis are attributable to the apparent manifestation of the problem within the particular patient, their vocabulary, and the education and profession of the clinician who makes the diagnosis?

The good news is we have tests! Of course we have lots of tests. There is no shortage of tests. However, the thing about tests to unravel dizziness is they support or refute one diagnosis versus another, but they generally cannot prove any diagnosis – and to add insult to injury, the treatment prescribed may have the same uncertainty issues (unless, of course, the patient is fortunate enough to receive the diagnosis of benign paroxysmal positional vertigo [BPPV], in which case the diagnosis and treatment are very well defined and the treatment [repositioning manoeuvres] is more than 90% successful). However, if the differential diagnosis is migraine (or Ménière’s disease or vestibular migraine) one should query, “What is the gold standard treatment and what is the percentage of time that treatment successfully manages that ailment, according to the peer-reviewed literature?”

Oops…not much there! Nelson (June, 2011) notes that, “most medications tailored to stopping migraine headaches, like triptans, do not address the primary manifestation of migraine-related dizziness, commonly known as migraine-associated vertigo … despite the continued absence of rigorous clinical criteria or gold standards of care [italics are the author’s] … otolaryngologists are achieving considerable success in treating migraine-associated vertigo, using a more ad-hoc strategy that is based on their own experience, anecdotal evidence and therapeutic trial and error” [3]. Really? I mean, OK, if I get a headache and dizziness, I really do want someone to help me … but really? Nelson reports, “migraine patients often experience vertigo during headache free periods.” Further, Nelson quotes an otolaryngologist as saying, “Some people, for example, will have a pattern where they have headaches, and then for a few years they’ll just have vertigo spells, and then they’ll go back to having headaches again … So the vertigo is sort of the migraine.” Alas. Now it’s totally clear – although I feel a bit dizzy.

According to a postal survey in the UK in 2005, 52% of otolaryngologists “were actively involved in the treatment of patients with Ménières disease using a wide range of medical and surgical therapies that have little or no evidence base [italics are the authors]. The survey found that 94% of surgeons prescribe betahistine, 63% diuretics and 71% advise salt restriction to their patients, while 52% of surgeons continue to recommend saccus decompression and 50% are still inserting a grommet” [4]. Yikes!

“As clinicians, we need to question everything we do and why we do it.”

In response to the issues of caffeine or no caffeine pre-test, McCaslin stated “there’s no study that I’m aware of that shows the patient cannot have caffeine on the morning of their test! Caffeine is fine and it’s not likely to impact the test an hour or two later, but without caffeine, the patient may be very cranky and some may start to get a caffeine-withdrawal headache! So we absolutely let them have their coffee!” [5].

And finally, I would like to address dizziness in children. Despite our lack of scientific knowledge related to dizziness and despite a lack of children complaining about dizziness (children don’t have the vocabulary to describe dizziness and they may not know that dizziness is bad! Indeed, many children take joy in roller coasters and being upside down on the monkey bars), Beck, Petrak and Bahner (2010) reported vestibular disorders in the paediatric population are most likely under-diagnosed [6]. They stated vestibular disorders are indeed “more common in children with significant hearing loss and other inner-ear abnormalities”. Beck, Petrak, Madell and Cushing (2015) reported “vestibular and balance disorders are highly associated with SNHL in children, however, most professionals don’t screen for vestibular dysfunction in (these same) children.

The authors estimated the prevalence of vestibular and balance disorders in children may be as high as 15% of all children, and up to 70% of children with SNHL” [7]. Further, Wolter et al. (2015) reported an increase in cochlear implant failures among children with vestibular and balance issues [8]. Specifically, more than half the children experiencing cochlear implant failure “had an etiology of hearing loss often associated with vestibular disorders (and) bilateral horizontal canal dysfunction, increased the odds of CI failure and need for subsequent re-implantation by eight-fold.”

As clinicians, we need to question everything we do and why we do it. We need to create and adhere to best practices based on peer-reviewed, outcomes-based results (i.e., science). To do less is folly, and to do less is not in the best interest of the patients, the professions or our understanding of the question asked. 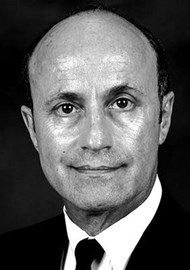