Threshold equalising noise (TEN) testing is used to identify dead regions (DRs) of the cochlear. Alexandra Lusty considers the challenges of using the TEN test in the paediatric population as well as the importance of identifying DRs.

DRs of the cochlea occur where the function of the inner hair cells and/or auditory neurones is so poor that detection of the tone occurs via off-place listening [1]. DRs are most likely to occur where pure tone audiometry thresholds exceed 70dB or in steeply sloping hearing losses; however, audiometry is not a reliable tool for detecting the presence of a DR. The TEN test is widely accepted as the best method for clinically detecting DRs.

The standard criteria for diagnosis of a DR are where the TEN threshold is 10dB greater than the absolute (pure tone) threshold and 10dB greater than the TEN level used. These criteria have been widely researched and validated in adults but research into the use of the TEN test in children is limited. Research that has been performed suggests that the criteria used in the TEN test may need to be modified for accurate identification of DRs in children. 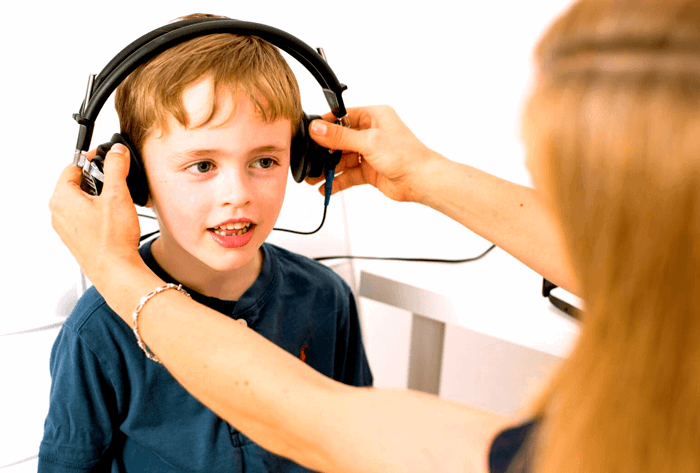 Why do we need to identify DR?

“The presence of a DR can impact speech discrimination as, where hearing aid amplification occurs within a DR, distortion can reduce speech intelligibility.”

Can children perform the TEN test?

A potential concern for clinicians could be whether children can reliably perform the test, which requires them to listen for a signal within noise in the same ear. Research has shown children as young as eight years old can reliably perform the test [2,3]. As with adults, results for children are more reliable when the masking level was sufficiently loud; this also yielded fewer false positive results. Therefore, a TEN level that is as loud as is comfortable for the patient should be used, ideally at least 70dB [4].

In a study completed at CUH, TEN testing at four frequencies for both ears of 10 paediatric patients was performed within a 90-minute audiology review appointment. This appoinment also included full history-taking, consenting to participate in the study, audiometry, REM and speech testing. It was not felt that the TEN test was particularly time-consuming to complete for these patients. Whilst four frequencies for each ear were tested due to the research protocol, clinical testing may only be indicated at specific frequencies where a DR is suspected. Appropriate selection of which frequencies should be tested, which may be based on audiometric thresholds or configuration, will reduce the time taken to complete testing.

It could be tempting for clinicians to use a 5dB step size in order to reduce the test time for children. However, this has been shown to yield less reliable results in adults and children, so the standard 2dB step size should be used [1]. The reliability was lowest for patients where the criteria for identification of a DR had been just met or met at isolated frequencies. Therefore, it is recommended to interpret borderline findings with caution, as with adults.

How appropriate are the TEN test criteria?

Recently, the standard criteria used for diagnosing DRs in adults has been under examination. The signal to TEN ratio (STR) required by adults to perform the TEN test with a TEN level of 70dB was scrutinised. This is greater than the 50dB used in the original validation studies due to the evidence that results are more reliable when a greater masking level is used. This revealed a 2dB greater STR at 3 and 4kHz compared to lower frequencies. The study concluded the standard criteria for diagnosis of a DR on the TEN test should be revised for these frequencies.

As it is well-documented that children require higher signal-to-noise ratios than adults for auditory tasks, it is questionable whether the original criteria is appropriate for children. The agreement between TEN test and fast-psychophysical tuning curve results in children has been investigated; the findings revealed that the sensitivity and specificity of the TEN test was greatest when the standard criteria was used [3]. It was also noted that for those patients where agreement between the tests was low, a higher STR than average was needed across all frequencies, regardless of whether a DR was indicated. Where this was seen in adults, it is suggested a more stringent diagnostic crtieria should be used[1]; A STR of 15dB has been suggested to indicate a DR in this population.

The average STR required for 10 children with mild to moderate sensorineural hearing loss at 0.5, 1, 2, and 4kHz with a TEN level of 70dB or 10dB above the absolute threshold (whichever was greater) was measured in the CUH study. The results were compared to adult data extracted from original validation studies [5]. The comparison found that children required 3dB higher STR than adults, which was a significant difference (p<0.001). This supports earlier research which suggested using stricter criteria for diagnosis of a DR for children, to avoid false positive results being obtained.

Further research is still required to determine what this criteria should be; however, in agreement with the literature, the CUH study would support that an STR of 10-14dB should be considered a borderline finding with a DR indicated if STR >14dB and excluded if STR <10dB. A fast-psychophysical tuning curve should be used as gold standard to clarify the finding in borderline cases; however, it is recognised that this is difficult to perform in the clinical environment due to time constraints. Consequently, it may be more realistic to repeat testing on another occasion or consider adjustment of hearing aids in conjunction with speech discrimination scores and functional performance. 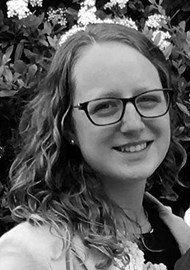