Down syndrome (DS) usually arises due to trisomy 21 and is associated with intellectual disability and risks of developmental delays and difficulties, including hearing loss.

Hearing loss is common in children with DS [1]. In young children the most common cause is due to otitis media with effusion (OME). Although many children with DS experience hearing loss, there has been little research to investigate its impact on speech and language development.

Most children with DS experience language difficulties although there is marked variation in severity between individuals and an uneven profile of strengths and weaknesses across the language system [2]. Typically language comprehension is stronger than expressive language which generally develops slower than expected based on non-verbal mental age. Understanding and use of grammar is typically poor. Many individuals also have speech production difficulties and poor intelligibility.

Studies of language development and hearing have shown inconsistent results [3, 4]. These have often been based on samples where children with the most severe hearing impairments have been excluded and so results do not generalise to the wider population with DS. Also, measuring children’s hearing at the time of a language assessment does not take into account the fluctuating nature of hearing loss in children with DS or possible effects of losses in their early years.

In 2006, Dr Glynis Laws was awarded a grant from the Wellcome Trust to investigate how children with Down syndrome develop language and learn to read. As part of this study, it became apparent that hearing status may be an important factor as those children with hearing difficulties (whether or not they were wearing hearing aids) were either not reading or had limited reading abilities. The study was therefore extended to investigate the impact of early hearing loss on language outcomes. See Laws and Hall [5] for full details of this study.

In brief, we obtained retrospective audiology clinic records for 41 out of 51 children who had taken part in the Wellcome Trust study. These children were aged between three and 11 years old, all attended audiology services in the South and South West of England, were in mainstream education and used spoken English as their first language. They had no additional diagnoses of autism or other neurodevelopmental disorder.

Through their audiology records we were able to examine the early life hearing histories of the children. We defined a persistent hearing loss group (n=16) as those with persistent, moderate or worse hearing loss (either treated or not treated) between the ages of two to four. A satisfactory hearing group (n=25) was defined as those with normal / near normal levels of hearing or fluctuating hearing levels or missing information. This was carried out blind to the results of the language assessments.

Differences between the groups were examined on measures of language expression and comprehension, receptive vocabulary, speech accuracy and performance on a narrative task. There were significant differences between the groups on all measures. The hearing loss group was on average seven months delayed on receptive vocabulary and comprehension compared to the satisfactory hearing group; expressive language was three months delayed. Speech accuracy (a measure of speech production) was 24% lower in the hearing loss group. A smaller number of children took part in a story telling task; only two out of eight children in the hearing loss group could provide a narrative compared to 13 out of 16 of those in the satisfactory hearing group.

“Although many children with DS experience hearing loss, there has been little research to investigate its impact on speech and language development.”

These results indicate that early hearing loss is significantly associated with the speech and language development of children with Down syndrome. The effect sizes are small and might not seem very much until one considers that the mean vocabulary age for the satisfactory hearing group was already three years behind that expected for chronological age. Hearing impairment is likely to be an additional risk factor for further language delay in this group. Unlike typically developing children, children with Down syndrome may not have the cognitive capacity to compensate for early hearing loss.

This study included a representative sample of children with Down syndrome with no exclusions. Unlike other studies we were able to examine hearing histories rather than using a one-off measure of hearing. Due to the use of clinical rather than research data we were unable to examine degrees of hearing loss and the retrospective nature of the data limited the age range examined. With any observational study there is always the possibility of some other factor explaining the differences, although we controlled for the main factors.

Dr Amanda Hall is a Clinical Scientist (Audiology) at the Children’s Hearing Centre, University Hospitals Bristol NHS Foundation Trust. She is also honorary research fellow at the School for Social and Community Medicine, University of Bristol. 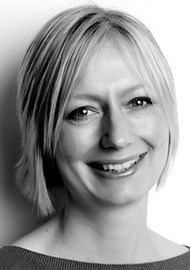