What do animal models tell us about tinnitus and hyperacusis?
By Jos J Eggermont

Do animals have tinnitus?

The obvious question to ask is: do animals have tinnitus? It is known that tinnitus is a conscious percept and as such affected by attention and not audible during sleep. For it to be demonstrated that animals have the same condition as in humans would require evaluating animals at the behavioural level. For this purpose several tests have been developed.

One particular test requires training the animals to respond to the absence of silence. Training takes time and an alternative was found in reflex testing such as the gap-startle response. The gap-startle test is quick, does not require training and is currently the test that is most used. It makes use of the fact that animals will startle when a loud sound is presented.

This reflex is attenuated when the loud sound is preceded by a ‘warning’ sound, such as a lower intensity pulse. This test has been adapted for tinnitus research by presenting a continuous background noise in which a gap (typically 50 ms in duration) precedes the startle evoking sound. This serves as a warning signal and in normal conditions this attenuates the startle response. The idea is that, if tinnitus is caused by increased spontaneous neural activity then the gap is filled in and no longer audible, hence there is no effect on the startle response. If validated in humans such a test could be useful in testing tinnitus-reducing drugs [1].

Is the aetiology the same in animals and humans?

The second question to ask is whether the agents used to induce tinnitus in animals are the same as those featuring in the aetiology of tinnitus in humans. As tinnitus in humans is frequent following noise-induced hearing loss, in early studies animals were exposed to a traumatic intense noise that induced a permanent hearing loss [2]. Subsequently, electrophysiological recordings of spontaneous firing rate (SFR) were made from each level of the auditory system, from auditory nerve fibres (ANF) to auditory cortex. The interesting findings were that, in the hearing loss region, the SFR in ANFs was reduced compared to normal controls, but the SFR in cochlear nucleus, inferior colliculus and auditory cortex was sharply increased. In addition the compound action potential from the auditory nerve was reduced, however the local field potential (LFP) in the inferior colliculus and auditory cortex was enhanced. This implies a gain change in the central auditory system and could be a neural substrate of hyperacusis. So both increased SFR and hyperacusis occur in the hearing loss region, and sometimes also below that region.

In auditory cortex, it was found that neural synchrony (the tendency of cells to fire nearly coincidentally) was also enhanced. Furthermore, the frequency-place map in auditory cortex was reorganised three to six weeks post trauma, i.e. the neurons in the region that initially responded to the frequencies in the hearing loss range were now tuned to the ‘edge’ frequency. This resulted in an over representation of neurons with characteristic frequency at the edge of the hearing loss. For this to happen, the hearing loss needed to be > 25 dB over a frequency range of few octaves. Interestingly, the increase in SFR and synchrony did also occur for smaller permanent threshold shifts that did not cause tonotopic map changes [3].

Another frequent tinnitus inducing agent in animal studies is injection of salicylate, though this is not a common situation in humans at the present time. This produces a transient modest hearing loss accompanied by an increased SFR in ANFs, but a reduced SFR in auditory cortex. This was again accompanied by increased LFPs in the inferior colliculus and auditory cortex. In addition, tonotopic map reorganisation in auditory cortex was found [4]. The increase in LFP would suggest the presence of hyperacusis, and the reduced SFR the absence of tinnitus. Yet, behaviourally, these animals indicated tinnitus, under the assumptions of the test procedure. Systemically administering salicylate in low doses over an extended period of time does not produce hearing loss, but still increases LFP, however, with a reduction in SFR, as well as a positive behavioural test for tinnitus [2].

Noise exposure at levels (~100 dB SPL for one to two hours) that produce a temporary threshold shift (TTS) but not a permanent threshold shift (PTS), may still result in permanent damage to those ribbon synapses in the inner hair cells that innervate so-called high-threshold ANFs [5]. This condition does not produce a hearing loss but the amplitude of the ABR wave I does not reach normal levels at high intensities, whereas the wave V amplitude does (similar to the LFP recorded from the inferior colliculus). Again, the result was a gain change in the central auditory system, potentially a substrate of hyperacusis. This has been shown to correlate with behavioural signs of tinnitus in rats [6].

Exposing animals for at least six weeks to non-traumatic levels (< 70 dB SPL) of a band-pass noise neither induces a TTS or PTS, but reduces cortical activity, SFR as well as LFP, in the exposed frequency range. Simultaneously in the approximate one-octave wide frequency regions below and above the frequency range of the noise (or multi-tone stimulus) the LFP amplitude and SFR were significantly increased. In addition, neural synchrony was enhanced. During the recovery in quiet for at least three months, the LFP returned to normal levels whereas the SFR, and neural synchrony remained enhanced, and the tonotopic map in the exposure-frequency range became distorted [7]. The question is, would this condition be a neural substrate of tinnitus without hearing loss and potentially also without ribbon synapse loss?

Are animal results validated in humans?

Has any of this been validated in humans? So far, there have been fairly extensive non-invasive studies in humans with tinnitus and / or hyperacusis using scalp recorded auditory evoked potentials (AEP) or magnetic fields (AEFs), or functional magnetic resonance imaging (fMRI). With these methods it is possible to measure abnormal gain changes and organisation of tonotopic maps. It is not easily possible to measure SFR with AEP / AEFs or fMRI, albeit that PET studies may provide some evidence for changes therein. However, interaction with central gain changes makes such interpretations inconclusive [8]. So far, it has been shown with fMRI that in patients with tinnitus and / or hyperacusis there is an increased gain in auditory midbrain and auditory cortex, but that in patients with tinnitus without hyperacusis there is only an increased gain in auditory cortex [8]. Tonotopic map studies using fMRI in tinnitus patients with hearing losses < 25 dB could not demonstrate changes compared to normal hearing subjects without tinnitus [9] as expected from results in animals [3].

Sufficient versus necessary substrates for tinnitus

So far, we have only considered bottom-up effects up to the auditory cortex and this does not provide conclusive evidence on neural substrates of tinnitus. It may well be that increased SFR or synchronous neural activity in animals are necessary conditions for tinnitus and hyperacusis respectively, but they may not be sufficient. Limbic system activation, striatum and prefrontal cortex involvement may well be crucial factors in the perception of tinnitus [10]. After all, only about one third of people with hearing loss develop tinnitus. Animal studies related to these higher brain functions are currently lacking, and mechanisms for tinnitus remain a mystery.

Declaration of Competing Interests: This research has been supported by the Natural Sciences and Engineering Research Council (NSERC) of Canada, by the Campbell McLaurin Chair for Hearing Deficiencies and by Alberta Innovates-Health Solutions. 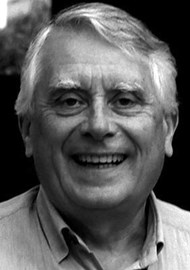