Acoustic shock, a previously little-known and poorly understood clinical entity, came to the public’s attention in 2019 due to a high-profile legal case of a musician at the Royal Opera House. In this fascinating article, Andrew Parker and William Parker tell us a little more about it. 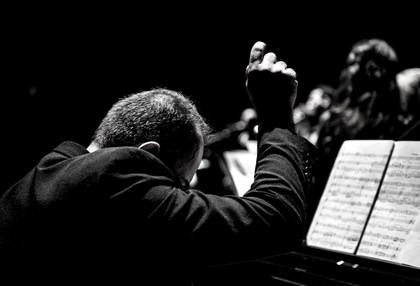 For many years ‘acoustic trauma’ has been recognised as a cause of ear symptoms. This pertains to very high, i.e. explosive-type discharge noise, capable of causing significant physical damage not only to the inner but also middle ear. The term ‘acoustic shock’ (AS) or ‘acoustic shock injury’ (ASI) has been introduced in relatively recent times.

Early descriptions of AS come from those in telecommunications employment using telephone receivers and/or headsets which may be applied to one or both ears and with noise levels significantly lower than those characteristically associated with acoustic trauma. Early reports of AS started to emerge 10-20 years ago [1] and significant contributions have been made in the British literature by McFerran and Baguley [2] as well as our own unit [3].

“In our own series, we found that a significant component of individuals with AS did have pre-existing psychopathology”

One explanation of AS is that it involves abnormal contractions of the tensor tympani muscle (Patuzzi and that of Klockhoff, discussed by Westcott [1]). This has become known as Tonic Tensor Tympani Syndrome (TTTS), which is difficult to validate in clinical or laboratory settings, but the mechanism is uncertain and can be thought of as the response of the ear/central nervous system to a short-duration loud sound which may not have exceeded the statutory permitted maximum level and indeed may not have been ‘negligent’.

Other postulated mechanisms include the response to an ear/central nervous system to an unexpected short duration high-intensity noise in an ‘unprepared’ ear/central nervous system and/or where there is psychological overlay. Ultimately this may have origins in neurotransmitter/receptor abnormalities such as tryptophan, gamma aminobutyric acid and serotonin and/or where there is significant interplay with psychological factors. In our own series, we found that a significant component of individuals with AS did have pre-existing psychopathology. More recently, models have been developed to explain AS that involves at least some component arising from the temporomandibular joint and associated musculature and a so-called trigeminal cervical complex [4,5].

AS has been considered in detail by the National Physical Laboratory, the Acoustic Safety Programme and it also attracted the attention of the Institute of Sound and Vibration Research at the University of Southampton. AS as a clinical entity is also detailed in the most recent eighth edition of Scott Brown’s Otolaryngology (2018) as well as the previous edition (2008, Hodder Arnold Publications).

There are essentially three components in respect of this disorder:

1) Acoustic incident refers to a sudden, high-intensity sound presented to one or both ears. It is important to recognise that an acoustic incident may not in fact be negligent in that it may not have involved exposure to sound levels in excess of any statutory regulation.

2) Acoustic startle is a response given by an individual to an acoustic incident that can be associated with temporary hearing loss, for example, but produces a ‘startle response’ mediated by vestigial reflex responses such as those seen with any sudden onset short duration potentially injurious stimulus, e.g. a blast of wind into the eyes. This ‘startle response’ is innate and represents a normal physiological response, i.e. is not regarded as a disease, damage or defect. Acoustic startle and particularly temporary threshold shift, i.e. temporary dullness of hearing and/or temporary tinnitus following exposure to sound, is a physiological state and is not representative of pathology or disease.

3) Acoustic shock implies persistence of symptoms that are no longer considered physiological. Westcott [1] makes the point that pre-existing stress/anxiety, as well as fear of repeated incident exposure, appears to increase the vulnerability of those to developing AS. Some proposed criteria for making a diagnosis of acoustic shock are given in Table 1.

AS is now recognised as a potentially compensatable disorder and most recently, a former professional musician was awarded over £700,000 in damages for sustaining AS during an orchestral rehearsal of Wagner’s ‘Ring Cycle’ in September 2012 (Goldscheider v The Royal Opera House 2018 EWHC 687) [6]. In view of the implications, this was appealed but the initial judgment was upheld (2019 EWCA Civ 711). The claimant was able to show that the noise levels to which he had been exposed were capable of producing injury and that there had been a breach of the 2005 Noise at Work Regulations.

The initial trial judge, Her Honour Justice Davies DBE, after listening to medical arguments found that the claimant had sustained AS, and that this injury was significant and sounded in damages. The court was satisfied that AS was a defined clinical entity and that the claimant fulfilled the relevant criteria for it to be diagnosed.

This judgment has clear implications for those engaged in the pursuit of producing music and the law will treat this activity as any other noisy occupation or workplace, e.g. a ball bearing factory in Sheffield (i.e. the orchestral performance/rehearsal area should have been a designated hearing-protection zone). The Court of Appeal felt that “the risk of injury through noise is not removed if the noise – in the form of music – is the deliberate and desired objective rather than an unwanted by-product as would be the case in relation to the use of pneumatic machinery…”

AS is recognised as a clinical entity distinct from noise-induced hearing loss and acoustic trauma. It may particularly affect those in telephone-based employment but occurs in those exposed to other acoustic incidents. As well as clinical implications for the patient, there are medico-legal considerations. Optimal treatment of AS remains to be determined but, at present, is largely supportive. Clinicians should be aware of the features of AS in order to accurately diagnose and manage it.

Practical problems surrounding the hearing of professional and amateur musicians

The desire for large ranges of orchestral dynamic contrasts developed in romantic orchestras in the 19th century studies have shown that hearing impairment is a significant problem for about 45 percent of orchestral musicians, and up to about 75 percent experience tinnitus.

There are general guidelines designed to minimise ear damage that state employees should be provided with hearing protection if they request it, employers should ensure they use them and that noise exposures are limited, and there should be areas where use of hearing protection is compulsory. Individual orchestral musicians cannot determine sound intensities to which they are exposed.

The quantity and duration of exposure of professional orchestral musicians is usually far in excess of typical amateur orchestras. Decibel levels above 85dB are harmful, depending on the duration and the pitch concerned. Oboes, clarinets, trumpets and trombones generate just over 100dB when played fortissimo. The piccolo high register can easily generate over 110dB. Violins generate about 100dB nearer the left ear and about 90dB in the contralateral ear.

The current focus is on professional musicians who are employees, whereas amateur musicians volunteer themselves for the risk of auditory damage. Most amateur orchestras meet weekly and the duration of exposure to 100dB is approximately 15 minutes. It seems that members of amateur orchestras should at least be advised to use appropriate dB-reducing earplugs at all times when playing because acoustic damage is probably mostly from their own instruments. The Musicians’ Union can offer appropriate advice [1].

The Goldscheider case sends metaphorical shockwaves across the music business. A trumpet, immediately behind a violist’s right ear produced 132dB. Nausea, dizziness and persisting deafness developed and acoustic shock was diagnosed. Courts rejected the argument that it was impracticable for orchestral musicians to wear hearing protection at all times and opined that some form of ear protection be worn, noise meters used to monitor sound intensity, acoustic screens be placed between orchestral section players, and varied positioning of player groups used to spread barotrauma exposure. Wearing of dB-reducing earplugs in certain situations should be mandatory [2]. It seems all professional orchestras should at least advise players of the risks from their own instruments and that dB-reducing earplugs would also suffice to protect them from their own, and other instruments. Whether such recommendations could or should apply to amateur orchestras seems debatable. 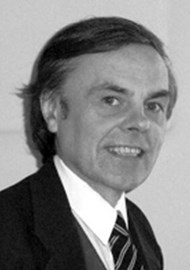 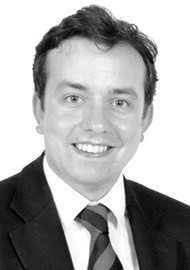