Bettear: one start-up’s journey to bridging a technological gap in pursuit of auditory accessibility
By Itamar Gabbay and Yami Thor

Imagine your disappointment if you have been looking forward to seeing your favourite grunge band play live at the Dog and Duck for weeks. Your family is bored of you constantly playing their greatest hits. But when you turn up on the night, you cannot hear what they are singing. This is a major problem for all hearing aid and implant users. Itamar Gabbay and Yami Thor set out to address this issue and here, they describe their journey and the challenges they faced.

Imagine a reality where a person with hearing impairment need not worry about whether they will be able to hear their university lecture or enjoy a concert with friends and in service positions (like supermarket checkouts). We at Bettear, an Israeli start-up, have set ourselves the goal of materialising such a reality through a broad network of audio content made easily accessible in every type of venue worldwide.

To achieve this, we have designed a system that can stream live audio content through a venue’s Wi-Fi. The user’s smartphone picks up the audio through the Wi-Fi connection and the Bettear app then decodes it and allows the user to optimise the sound for his/her own hearing pattern/needs. The optimised audio then feeds directly into the hearing aid, implant or regular headphones. 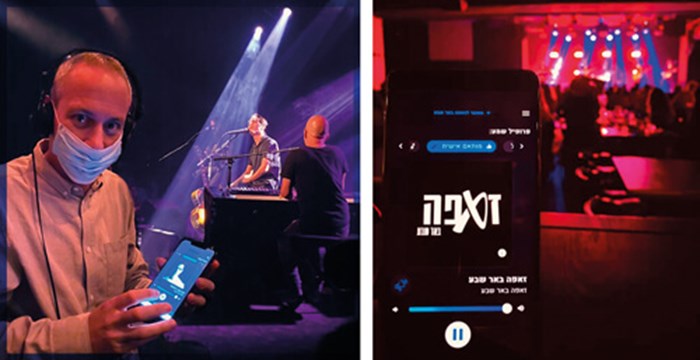 The Minister of Culture and Sport of Israel using the app whilst attending Zappa - the first venue made accessible to the hearing impaired.

Having served as electrical engineers in a classified technological unit of the Israeli Air Force in 2011, co-founders Yami Thor and I connected over a shared interest in the sensory world of light and sound engineering, a field we’ve since worked in professionally.

Our pursuit of auditory accessibility stemmed directly from our experiences working in cultural venues, accompanying some of Israel’s most famous artists on their performances across the country. What we discovered can essentially be described as systemic exclusion of the hearing-impaired population. Despite the ‘Accessibility Act’ most systems found in the majority of cultural venues are poorly maintained, offer unsatisfactory and often unpleasant auditory solutions, or are simply inactive.

Deeply disappointed with the venues’ overall conduct toward the hearing impaired – who have unfortunately become accustomed to blatant inaccessibility in most areas of everyday life – we set out to explore this issue further.

We found a trusted aid in Bekol, an Israeli organisation for the hearing impaired actively working toward inclusivity in society by addressing issues of legislation, accessibility, employment, technology, and rehabilitation. Together, we set up focus groups with people who experience hearing loss at all levels and learned that due to a perceived lack of cooperation between cultural venues and legislation, people have unfortunately stopped consuming culture.

For me personally, the topic of accessibility hits close to home. Having a partner of over seven years who is visually impaired, and experiencing how limited accessibility impacts her quality of everyday life, has further fuelled our drive for change.

With qualitative data in hand, we began exploring potential technologies and quickly encountered our first major challenge: ensuring low latency (minimal time difference between live production of sound and electronic transfer). In order to offer a high-quality auditory experience, we found a way to transfer the sound source through the Wi-Fi network at low latency while maintaining the signal quality. Given the variety of hardware types in various mobile devices on the market, this was no simple feat.

Offering a seamless and convenient user experience was another major challenge we faced. For the Bettear app to serve all potential users with varying degrees of hearing impairment meant catering to a very broad spectrum of needs.

To do so, we developed a formula to conduct hearing tests through a friendly interface designed with all ages and levels of tech-savviness in mind. One feature that was particularly geared toward the older segment of the hearing-impaired population, allows the app to connect to Bettear’s Wi-Fi network automatically, without any prompt from the user.

“One feature that was particularly geared toward the older segment of the hearing-impaired population, allows the app to connect to Bettear’s Wi-Fi network automatically”

Every developmental step in Bettear’s technology or user experience, is accompanied by extensive suitability tests, trials and focus groups for all age ranges. Today, our start-up is already working on expanding the range of options and situations for which its service will provide the hearing impaired with working solutions and significant auditory upgrades. One of many such exciting solutions is a support system for home TVs, launching soon.

Looking ahead, Yami and I envision a continued expansion of this network to further facilitate the hearing impaired in daily actions such as listening to TV, service stations, public transportation and more.

Our efforts thus far have created an empowering tool, that allows the hearing impaired population to re-enter the socio-cultural arena, and be awarded equal opportunities to enjoy and engage in public discourse and, in doing that, be accepted as active, independent and equal members of society. 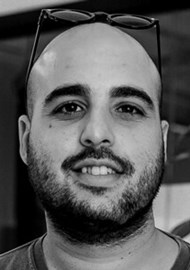 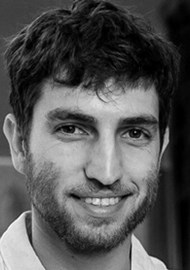