Brussels has a proud history in the world of ENT. Jérome Lechien, who is on the Communications Committee for the CEORL-HNS 2019 Congress, and Daniele de Siati, a member of the international Scientific Committee, give us a history lesson and bring us up to date.

As a tourist, usually you arrive in the centre of Brussels at Gare du Midi. In this station, you can discover some information about Brussels: Brussels is a city with one million inhabitants. As a capital city of both Belgium and Europe, Brussels is characterised by several well-known hospitals that stem from three main Universities: Université Libre de Bruxelles (ULB), Vrije Universiteit Brussel (VUB), and Université Catholique de Louvain (UCL). 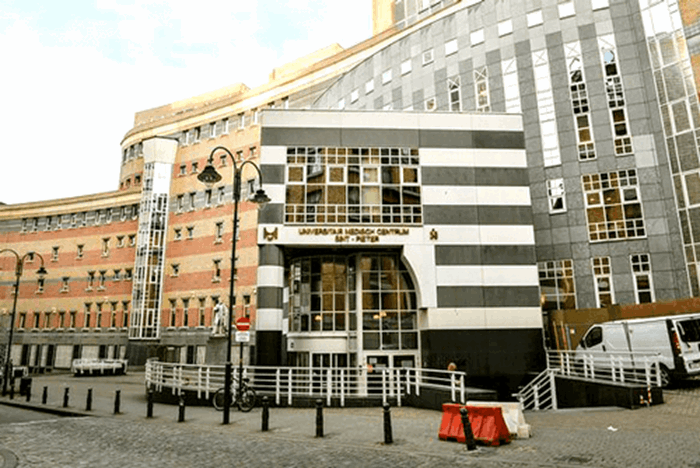 The CHU Saint-Pierre, where Jérome Lechien was a Resident on Prof Thill’s team.

The department was initially developed in the early 1990s by Prof G Chantrain who was the chair of otolaryngology-head and neck surgery in ULB. Prof Chantrain was trained in the Bordet Institut by Prof P Dor and in Montpellier by Prof Y Guerrier at the end of the 1970s. He developed an interest in head and neck surgery, oncology and thyroid surgery. This interest was further progressed in close collaboration with general physicians of the city by the development of an important network around the department. In the same way, otological surgery was developed by Prof MP Thill to be, as it is today, a reference centre for otology and skull base surgery in the country. Prof Thill was trained by Prof Dor and was also a resident in CHRU de Lille (Prof Vaneecloo). She is the successor of Prof Chantrain as head of the department.

Currently, the department covers all areas of ENT. Dr Alexandra Rodriguez is the successor of Prof Chantrain and, with Prof Dequanter, they continue to develop the area of head and neck surgery, oncological and thyroid surgery. The management of medical and surgical thyroid diseases is undertaken by the department (i.e. Basedow, hypo/hyperthyroidism, and cancers). The department has a voice clinic with medical and speech therapy professionals who treat professional and non-professional voice users. The swallow clinic (run by Prof Dequanter) is also one of the most important specialised clinics in Brussels. ENT physicians perform a variety of examinations, from the classical ENT examination to the videofluoroscopy. In this clinic, French versions of some clinical tools have been developed, such as EAT-10 and MD Anderson Dysphagia Inventory.

Dr M Horoi develops minimally invasive procedures in rhinology, otology and skull base surgeries. The department is also known as a key centre for the management of chronic tinnitus (Mr P Lurquin Dr C Ducene). In this area, our centre can propose personalised management to patients, including tinnitus retraining therapy and notched noise therapy, among others.

In the university department, physicians also perform clinical and experimental research. The high number of patients with cancers treated in the department allows for the undertaking of clinical and experimental studies. Prof S Saussez is a physician in the department who conducts research about the immunological environment of HPV-induced cancers, and Prof D Dequanter is a specialist of the oxidative stress in head and neck squamous cell carcinomas. In laryngology, Dr Rodriguez and I are working on laryngopharyngeal reflux disease and we recently developed a new algorithm of personalised management of reflux patients according to the type of reflux (pH-impedance monitoring). We also benefit from new technologies to detect reflux, such as pepsin detection. In otology, Mr Lurquin and Prof Thill also conducted clinical studies about the management of chronic tinnitus with several therapies, including notched noise therapy and tinnitus retraining therapy.

One of the most important strengths of the department is the quality of the training of the residents. Residents are swiftly trained to perform many surgical procedures, and are soon able to practise independently. This is particularly important in regard to the high diversity of diseases encountered in the department. Indeed, the population of patients who are treated in the department is very diverse, leading to a myriad of usual and unusual diseases (tropical diseases related to the refugee population, rare malformations, etc.). The medical and paramedical teams of the department have recently created a chorus and they sing in some places in Brussels. This activity allows us an excellent atmosphere.

“The population of patients who are treated in the department is highly diversified, leading to a myriad of usual and unusual diseases.”

Now, I will take the metro to the East of Brussels to arrive to CHU Saint-Luc, the hospital of the Catholic University of Leuven. When the Catholic University of Leuven split in two in 1968, the French-language Université Catholique de Louvain (UCL) separated from the Dutch-language one and moved to Louvain-La-Neuve, except from the medicine and health sciences faculties, which were established in the east of Brussels. In the new university site of Brussels, Prof P Guns founded in the same year the AudioPhonology Centre, with the purpose of developing adapted care for children with hearing loss, speech and language development disorders and learning disabilities.

Later in 1976, Saint Luc Hospital opened its doors and Prof Van den Eeckhaut, Head of the Department of Otorhinolaryngology, and his team moved consequently from Leuven. A group of notable young physicians belonged to that team, including Prof M Gersdorff who took over the direction of the ENT department some years later. Under his leadership, the ORL department of Saint Luc developed an advanced otology unit focused in microsurgery of hearing loss. Thanks to the contribution of the other physicians in the team, the different fields of ORL were explored: Prof M Hamoir in head and neck pathology, Prof B Bertrand in rhinology, Prof P Dejonckere and Prof M Remacle in voice and swallowing disorders. Consequently, some innovative projects were held in several fields, like cochlear implantation and neurotologic surgery, oncologic reconstructive surgery, experimental studies in rhinological inflammatory diseases and rhinosinusal surgery.

The new generation of ENT physicians followed the path made by their predecessors: Prof N Deggouj developed paediatric otology and is actually investigating brain plasticity in hearing loss. Prof P Rombaux implemented the olfactory evoked potentials, which were later applied by Prof C Huart to cognition in olfaction. Imaging in otology is currently being investigated by the team of Dr Decat, and Prof S Schmitz is exploring new promising therapies in head and neck cancers.

At the moment, 15 ORL physicians and 10 young resident trainee doctors, in collaboration with the paramedical team, carry out around 30,000 consultations and 2000 surgical procedures per year.

The department is completed by the AudioPhonology Centre, whose 40 components between medical and paramedical staff continue to assure the follow-up of children with hearing loss and communication disorders and patients with dizziness and vestibular disorders. Over the years, the centre had a key role in the implementation of multidisciplinary care of patients with orofacial cleft and genetic syndromes (Constridel). 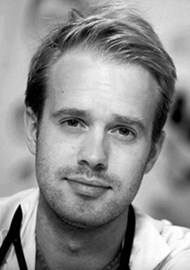 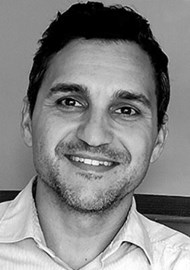