Cochlear implants are an expensive technology, yet profound hearing loss is far from a developed-world phenomenon. On the contrary, incidences of both congenital and acquired hearing losses are high in the developing world. This article explains how an initiative in Tamil Nadu, South India, has worked to overcome numerous cultural and financial barriers, in order to implement a successful cochlear implant programme.

As per a recent WHO report, there are at present 360 million people worldwide who have disabling hearing loss, out of which children constitute nearly 35%. In the Indian subcontinent the national statistics report that nearly 63 million people suffer from severe to profound hearing disability, which puts the estimate of childhood deafness at about 22 million.

A nationwide survey by the National Program for Prevention and Control of Deafness (NPPCD), has concluded that deafness is the commonest congenital anomaly to affect the huge 1.30 billion strong Indian population, with the incidence being 3:1000 live births. The presence of such a high incidence of hearing loss in children has a negative effect on physical and economic productivity, since these children lose their ability to develop speech and language and grow up as disabled persons.

This remains a paradox in the current scenario, wherein India is perhaps the fastest growing economy in the world with a predominantly younger population. Although the growing upper and middle classes have economic independence similar to their counterparts in the developed world, a fair share of the community live below the poverty line.

“The dilemma was to balance an advanced and expensive technology with the requirements of a developing country with economic pressures.”

A multitude of factors are responsible for congenital hearing loss in India like TORCH complex infection, poor peri-natal care and birth asphyxia. Certain parts of southern India, especially the state of Tamil Nadu heralded as the ‘deafness state of India’, report nearly double the incidence of congenital deafness when compared to the rest of the country. One possible reason for such high incidence in Tamil Nadu (6:1000 live births) is the traditional custom of consanguineous marriages, which leads to propagation of the defective genes amongst members of the family across generations. Multi-centric research work is presently ongoing to identify the unknown genetic factor responsible for the high deafness rates. 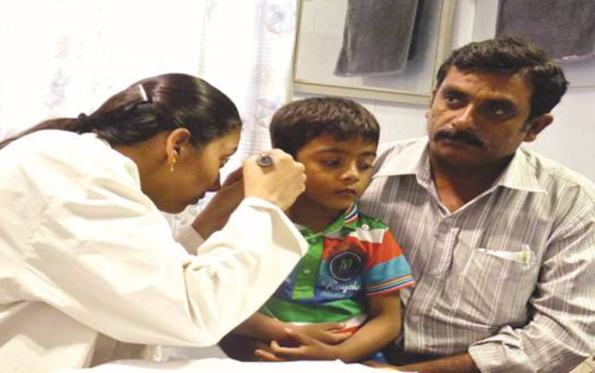 A cochlear implant clinic in a peripheral centre.

The incidence of acquired sensorineural hearing loss is also on an alarming rise across India, due to factors like social events and religious festivals which propagate loud noise, occupational noise hazards, lifestyle maladies like excessive mobile phone usage and prolonged exposure to loud music with earphones. All of the above cause cumulative damage to the inner ear over many years resulting in totally deaf individuals, who may not benefit from conventional hearing aids.

The severity of this problem has triggered the Indian Government to take proactive action with high priority and over the past decade significant developments have been achieved in the prevention, diagnosis and management of deafness. Early diagnosis and timely intervention remains the key issue to help obviate this problem in at least 40% of the population at risk by applying effective strategies. Hence, the medical fraternity and non-governmental public health bodies worked with the Government to initiate screening and awareness programmes across the country. 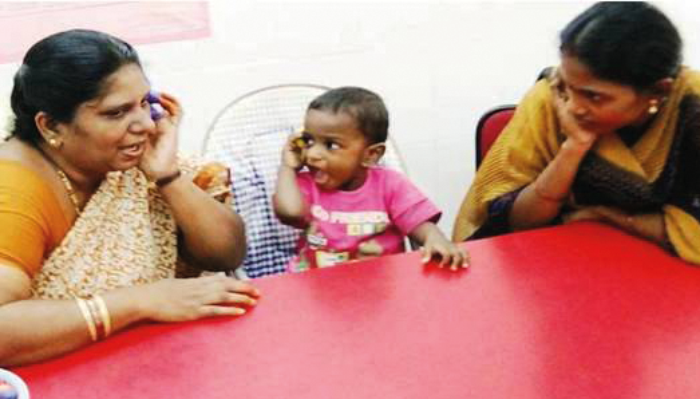 Reaching the doorstep – habilitation session in a satellite centre.

In the developing world, especially in India, establishing cochlear implantation as a treatment modality for hearing loss has been a daunting task. India was late to wake up to the reality of cochlear implantation. In the late nineties there was scepticism amongst medical professionals and the public alike regarding the usefulness of this procedure. Prohibitive costs, multilingual society and deep-rooted cultural prejudices were other reasons for non-acceptance of this technology.

The dilemma was to balance an advanced and expensive technology with the requirements of a developing country with economic pressures. Gradually, the situation began to change and in the last decade, cochlear implantation has been established with universal acceptance as the standard of care, ably aided by a rapidly growing economy and expanding literacy rates.

India has now crossed more than two decades since CI technology reached its shores. Today there are around 200 state-of-the-art cochlear implant centres across India, in each major city, with talented professionals and well equipped habilitation units for comprehensive management of deaf individuals. The Cochlear Implant Group of India which was conceptualised 15 years ago based on the British Cochlear Implant Group, has successfully created awareness regarding CI and has provided guidelines and support for its propagation across the country.

“A holistic effort by the Government, medical fraternity and a responsible society, has together… made a remarkable transition in the lives of deaf-born children, bringing them out of the gloomy world of silence, into the vibrant world of sound.”

Even though more than 25,000 cochlear implantations have thus far been done across India, we still face an uphill task with potentially one million children awaiting implantation, for many of whom the cost of an implant is a deterrent. Hence, many state governments have now taken the initiative to fully fund cochlear implants through their Chief Ministers Comprehensive Health Insurance Schemes. This innovative programme has been a resounding success with a large number of congenitally deaf children aged below six years receiving free of cost implants, who with meticulous habilitation have now progressed to gain normal speech and language development enabling them to join mainstream schools.

More recently, the Government of India under its Ministry of Social Welfare’s Assistance to Disabled Persons scheme (ADIP) has launched a cochlear implant programme that has more than 130 centres for performing implant surgeries. There are nearly 10 states in the country that have successfully launched government supported CI programmes in the past few years. 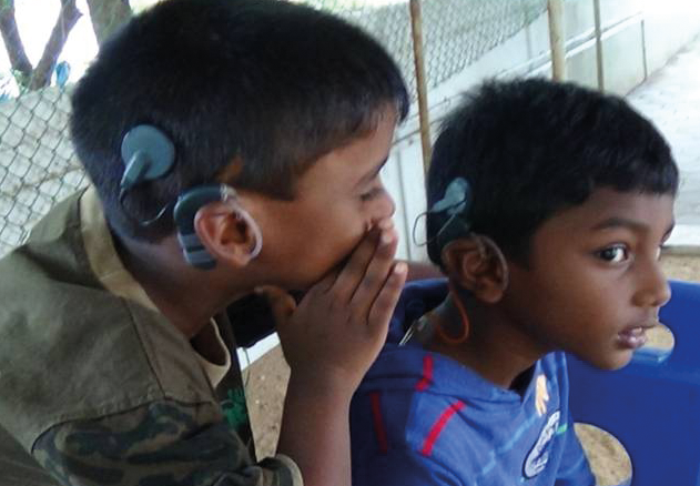 The Tamil Nadu Chief Minister’s Comprehensive Cochlear Implant Scheme, stands as one of the pioneering programmes with more than 3,500 cochlear implantations having been done free of cost for poor and needy children below the age of six years, who make up nearly 40 million of the population of rural Tamil Nadu. One of the cornerstones of this scheme was to deliver habilitation via quality assured satellite centres in rural areas, on the doorstep of the patient. This helped to overcome the need for families to relocate many miles to the state capital for the sake of their child.

The overall attendance in habilitation centres subsequently improved from 50% to 90%. A cross-sectional study assessing the quality of outcomes in peripheral centres showed no statistical difference from those recorded in the state capital Chennai, and was found to correlate well with the duration of habilitation. As the next step, currently two districts have been identified for implementing a pilot scheme for becoming deafness free. At the end of two years, the experience garnered from this ‘pilot project’ will be useful for expanding the scheme to the whole state with the goal of a ‘deafness free Tamil Nadu’ by 2025. Similar success has been achieved by neighboring southern states and the rest of India.

The focus has now shifted to propagate this technology further at grass-root level and reach all the remote rural villages across this vast country. The successful Indian IT industry, which provides round-the-clock services to global citizens, has facilitated setting up a network of telemedicine centers with broadband connectivity to offer remote programming and rehabilitation services on the door-step for cochlear implantees hundreds of miles away from their parent CI centre.

A holistic effort by the Government, medical fraternity and a responsible society, has together built this sustainable model to overcome a serious nation-wide disability and made a remarkable transition in the lives of deaf-born children, bringing them out of the gloomy world of silence, into the vibrant world of sound. Valuable lessons have been learnt from this social exercise with the potential for application in other developing and emerging societies. The Indian model’s huge success has helped start similar CI programmes in neighboring countries such as Nepal, Sri Lanka, and Bangladesh. Indian surgeons have also been mentoring similar CI programmes in the African countries of Kenya, Tanzania and Nigeria. With the success of this national programme for the eradication of deafness, the distant dream of a ‘deafness free India’ now remains a possibility in the near future. 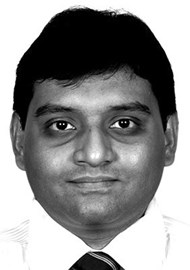 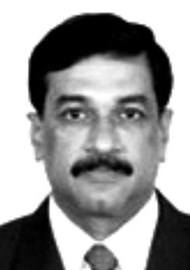