Task sharing can be designed and implemented specific to the needs of each programme.

Foundational principles of global health include developing local leadership as a means to successful sustainable service provision in low- and middle-income countries (LMIC) or regions. It is reasonable to expect that local leaders have intrinsic knowledge about community culture, economy, authentic stakeholders and community tolerance of any new or different processes and procedures.

Three unique training programmes in low-resourced Sub-Saharan African countries – rural South Africa, Zambia and Mozambique – aimed to train local individuals as a means of task sharing for improving ear and hearing health. Though each has their unique contextually-based missions and outcomes, they share a similar thoughtful and strategically implemented goal of sustainable, as well as accessible and affordable, ear and hearing services in under-resourced areas.

In comparison to other LMICs in Africa, South Africa is in a fortunate position with five audiology training programmes delivered through accredited universities. In 2019, 2243 audiologists and speech therapists were registered with the Health Professions Council of South Africa (HPCSA) to serve an estimated population of 57.7 million resulting in an audiologist-to-population ratio of 3.88 per 100,000 [1]. About 306 (13%) of those audiologists are employed in the public sector (resulting in a ratio of <1%). Although audiologists work across the private and public sectors, residents of South African rural areas are significantly underserved and unaware of audiologists and services offered [2]. 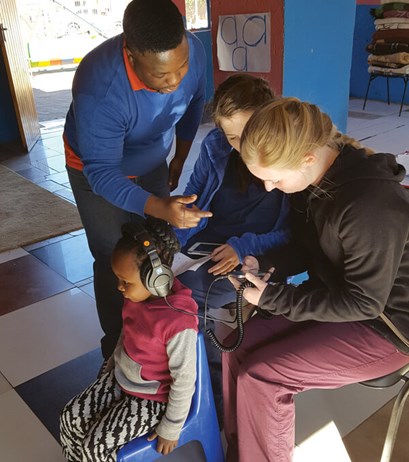 To make audiology services more accessible to low-resourced rural communities in the Limpopo province, the Ndlovu Wits Audiology (NWA) Clinic and Outreach Programme was created, with the aim of reducing the negative impact of hearing impairment on health, lifestyle and communicative abilities of individuals with hearing loss and their families. There is a recorded 9% prevalence of disabling hearing impairment in this rural population, exceeding the reported global estimate of approximately 6%. What’s more, the high prevalence of impacted cerumen (10%) and otitis media (2-3%) compounds lower quality of hearing health [3]. To accomplish the NWA Clinic mission, a variety of strategic activities were focused to establish programmes in prevention, early identification, diagnosis and management of ear and hearing problems across the age spectrum.

Comprehensive and contextually relevant community-based services were implemented with seven community members recruited, employed and cross-trained by two audiologists in prevention and early identification. The three-week training programme, adapted from the World Health Organisation’s Primary Ear and Hearing Care Training Resource (Intermediate level) [4] included two weeks of theoretical and practical training and one week of supervised hearing screening to achieve competence. Hearing screenings are conducted throughout the region in unselected populations in primary healthcare clinics (neonatal, postnatal and elderly), creches, schools, and community centres, as well as targeted screening of adults receiving chronic medication for diabetes, cardiovascular disease and HIV. Trainees were also taught on how to educate the community on hearing and prevention of ear and hearing disorders. Screening skills are monitored on a monthly basis by the audiologist (programme manager). This successful sharing of hearing screening to well-trained community members allows our audiologists to focus on more specialised services such as definitive diagnosis and management of hearing problems.

The lack of hearing healthcare providers is especially evident in Zambia, with ~77% of the country’s population of 18 million living in rural areas and, until very recently, served by only one resident audiologist. Despite being one of the largest mining countries in Africa, few regulations or national mandates exist to protect miners from noise-induced hearing loss (NIHL). Workers’ hearing is screened and protected only through the benevolence of a small handful of employers, and so it is difficult to accurately identify national prevalence of impairment. The government has partnered with non-profit organisations to establish ear and hearing care services across the country through a National Ear, Nose and Throat Strategic Plan (NENTSP).

One of the primary objectives of the NENTSP is training of hearing healthcare workers to provide hearing care services in regional referral hospitals. One regional referring hospital, established in the Copperbelt region of northern Zambia, is the Ndola Teaching Hospital (NTC). Three nurses identified for task sharing roles were trained first at the University of Nairobi’s Audiology Certificate Programme (Kenya) and then at the Starkey Hearing Institute in Zambia. In 2014 NTC began utilising remote tele-audiology for hearing care support and services training. Some of the tele-audiology training included remote clinical instruction, supervision, and testing. Once trained, the nurses have independently provided audiology services with minimal support. The NTC audiology services were established through support by Sound Seekers, a UK non-profit organisation, with technical support provided by the local audiologist and an audiologist from South Africa.

Using tele-audiology to initially supervise clinical performance has helped the nurses to become fully independent healthcare providers. Now, with the success of the NTC programme, the government of Zambia has approved replication of this model for two additional provinces in the country.

Unlike the training and task sharing success stories of South Africa and Zambia, the story of Mozambique did not have the same immediate positive outcome. Just six years after the Rome General Peace Accords formally ended the Mozambique Civil War, the limited otolaryngologic services were localised in the capital of Maputo without audiological services. 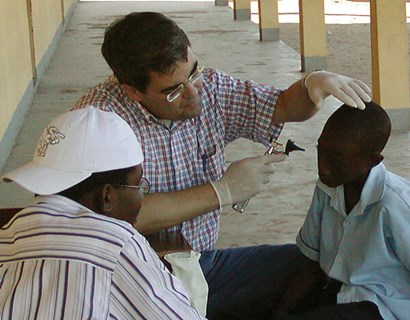 The 10-year audiology outreach programme was introduced by an audiologist in 1998 and comprised of annual training trips of two-to-three-week durations with a 17-million population considered the poorest in the world. Approximately 44% of the population has remained below the age of 15 years. Initially, the task sharing of basic ear and hearing roles were aimed at 10 local Medical Technicals (MTs) employed at the Chicuque Rural Training Hospital who were previously trained to diagnose and treat basic medical disorders. Both didactic and experiential learning were used to develop skills and independence in screening and diagnostic evaluation, including identification and treatment of various ear and hearing disorders (especially for the locally high incidence of chronic otitis media and ear canal obstructions [5]), creating ear moulds, distributing hearing aid batteries, and troubleshooting and/or replacing hearing aids. Simultaneously, local Social Action workers were trained to perform community hearing screenings with all referrals to be sent to the MTs. Though the workforce was trained, sustainable leadership or funding never materialised. Eventually, the quietus was precipitously reached for the 10-year endeavour after the Mozambique National Minister of Health obstructed continuation of the project, and the audiologist chose to stop working in Mozambique. Eventually the newer MOH identified two Mozambicans to study at the University of Nairobi, and they returned to Mozambique as audiologists to serve the growing population.

“Workers’ hearing is screened and protected only through the benevolence of a small handful of employers, and so it is difficult to accurately identify national prevalence of impairment”

As seen in the above three unique Sub-Saharan Africa journeys, local leaders who are invested in their communities are best equipped to ensure successful sustainable provision of contextually based service programmes. Unfortunately, without local leadership, the challenges can yield far less or no programmatic success.

For more on this topic, see Using tele-audiology in Zambia’s ear and hearing care desert by Alfred Mwamba and Jackie Clark 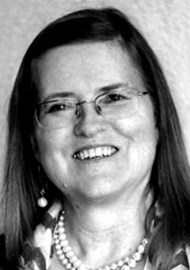 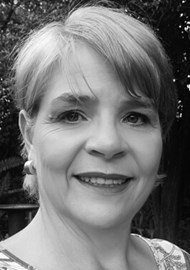 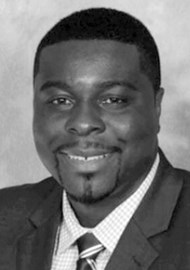