Doctors’ health and wellbeing: depression in surgeons
By Clare Gerada and Richard Jones

Dr Clare Gerada and Richard Jones work for the Practitioner Health Programme (PHP), a specialist service for doctors and dentists in the London area with mental health / addiction problems (www.php.nhs.uk). Here they discuss some of their preliminary findings (specific to surgeons) from a wider project exploring the ill health experiences of specific specialties within medicine.

When compared to the general population and other professional groups, doctors have higher rates of mental illness. In the UK between 10 and 20% of doctors become depressed at some point in their career. This figure is likely to be an under-representation.

Doctors are a difficult group to reach. When they do fall ill, doctors tend not to access their own GP and attempt to access healthcare via a friend, self-referral or self-prescribing. There are times when this approach might help, but when it comes to mental illness or addiction, the perceived shame and stigma can often lead to doctors finding themselves in an even more difficult situation than they really need to be.

For the doctors presenting to a confidential London based practitioner health service (www.php.nhs.uk) surgeons are an under represented group (making up around 6% of doctors seen over the last five years) compared to their numbers on the General Medical Council (GMC) register (around 11%). The groups that are over represented (compared to the numbers on the GMC register) are emergency care doctors, anesthetists and psychiatrists. The under representation of surgeons may be because they have particular personality characteristics that protect them from mental ill-health, or that they find it even harder to approach treatment services than other medical specialists.

The literature does not help us. There is a sparsity of research of the mental health of surgeons compared to other medical practitioners (or indeed the general population). Where it does exist however, it points to high rates of burn out, anxiety and depression. For example, in a survey of almost 8000 US surgeons, burn out, anxiety and depression were reported by between 30 and 50% of the sample, with rates of depression increasing as work load (and in particular night work) increased [1]. This same survey found that surgeons struggle with suicidal thoughts – with as many as one in 16 having experienced such thoughts in the previous year – yet only 26% seeking professional help. Older surgeons were especially likely to have suicidal thoughts. Making a medical error was significantly associated with suicidal ideation [2].

In a survey of 549 members of the Society of Surgical Oncology, 28% of respondents met the criteria for burnout and approximately 30% screened positive for depression with further analysis suggesting that around 10% of respondents would have met the criteria for major depressive disorder at the time of the survey if they had undergone a full psychiatric assessment [3].

In a UK survey of 1000 surgeons they scored significantly higher than the general population on a range of occupational health factors, especially with respect to anxiety [4]. Other studies find similar high levels of burn out in surgeons working for the NHS [5].

It is our experience at PHP that surgeons find accessing mental health services even more difficult than other professional groups. Structural factors can act as a significant barrier. For example, long shifts makes it difficult to access a GP and frequent moves associated with a surgical rotation make it difficult to register with one or have continuity of care with a mental health team.

Stigma (something that is especially prevalent in relation to mental health in doctors) and fear that expressing vulnerability will affect their career chances means that surgeons will rather suffer in silence than admit that they might have problems.

The surgeons that have presented to PHP service often present in crises – following a problem at work (for example acting out in theatre, shouting or swearing at staff) or after a drink-drive offence or following discovery of self-prescribing. Many are encouraged to attend by their occupational health department or educational supervisors.

Surgeons may have particular risk factors compared to other medical specialties. Presenteeism – that is staying at work beyond what is safe, is especially prevalent in surgeons and PHP has found that many surgeons stay at work well beyond the point where it is safe for their (or indeed their patients’) health. They often work very long and unpredictable hours; and have the longest post graduate training programmes, meaning that they have made considerable and significant sacrifices to achieve their goals. They deal with life and death on a daily basis. They are required to be up to date with ever changing protocols, technologies and procedures. Their patients and their employers give them little room for error, and in the theatre setting their every move is often witnessed by large numbers of people. One error could quite literally mean the end of their career. A casualty of these risk factors is the high rate of divorce, with an American survey finding that surgeons have the highest rate of divorce in the medical profession – around 30%.

Personality factors may be important; after all to survive long surgical training individuals must have some personality traits that help them through. Again, research is not available but one can assume that some of the personality factors that make individuals good surgeons (obessionality, altruism, perfectionism) may also make them particularly vulnerable when things go wrong. As we mature and develop we learn to modify certain personal characteristics. This might mean learning to build upon certain skills we have, whilst trying to hide certain other traits. We might like being in control of situations, and having an eye for the finer detail of things, but be less comfortable working in large teams as this lessens our ability to control our environment. Learning to manage these skills and traits might make us particularly suited to certain specialties where these skills are seen as desirable. When we feel in control of our environment things go well, but when we feel under pressure we may revert to the more negative traits we had previously learned to manage. A surgeon, who developed meticulous practices to influence better outcomes, might, under stress become obsessional, to give just one example.

Surgeons that do present to PHP often struggle to identify or acknowledge that they might actually be ill, or when they do, they often seek a quick fix that might not exist. When they present to PHP, surgeons talk at length of the fear they have of other colleagues finding out, reporting that other surgeons don’t ‘believe’ in mental illness, and fearing that they will be excluded by their peers. This self-stigma is prevalent amongst the medical profession.

The good news is that when doctors do access the right health services, they have good outcomes. This is especially the case for addicted doctors, with around 80% remaining abstinent from alcohol and 90% abstinent from drugs at three years’ follow-up. Patients with addiction problems are treated by detoxification and then we encourage adoption of a 12-steps approach and attendance at the British Doctors and Dentists Group (BDDG). Those with mental health problems are treated with a mixture of psychological therapies. On all outcomes, doctors who come into treatment improve – be it their health, social functioning, ability to return to work or training and a lessening of involvement with the regulator. Surgeons must not suffer in silence – and we must improve their ability to access timely and confidential help. 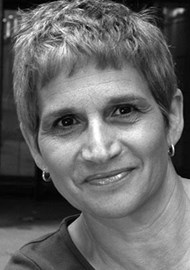 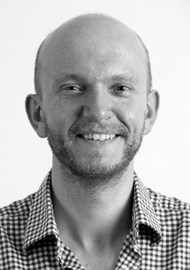