Sue Archbold reviews the fascinating life of Edith Whetnall and traces her influence on audiology from the mid-20th century to today’s practices.

It’s a pleasure to be asked to write about Edith Whetnall for this edition of ENT & Audiology News. I was asked to give the Edith Whetnall Memorial Lecture some time ago; as a Teacher of the Deaf, I was aware of her and her work at Gray’s Inn Road, then the Nuffield Hearing and Speech Centre, where some of the children I taught were assessed, and their parents received valuable support.

As I explored her life a little for the lecture I gave, I learnt more about her family-centred approach which was ahead of its time and which resonates today.

Edith qualified as a doctor from King’s College, London in 1938, and decided to specialise in ENT, becoming a fellow of the Royal College of Surgeons in 1944. When ill health following a car accident made life as a surgeon challenging, she turned her attention to audiology, to the diagnosis and management of hearing loss in children. In 1947 she began the Deafness Aid Clinic and, as the clinic grew, it transferred to the Royal National Throat, Nose and Ear Hospital where she became the first director of its centre of deaf children and their families. 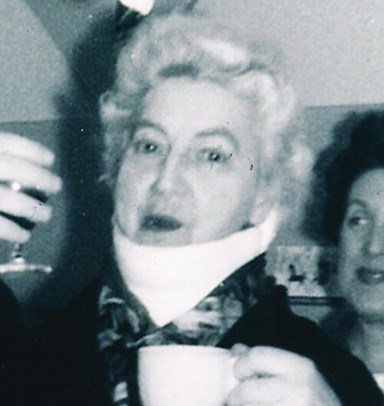 Edith Whetnall. Image courtesy of The Royal Society of Medicine.

Edith’s work with young deaf children and their families was pioneering for its time: she became Consultant Otologist for London County Council – this was a role I was familiar with as a Teacher of the Deaf. She became aware of the linguistic and educational impact of sensorineural deafness but was also aware that some deaf children did learn to speak. She and colleagues became convinced that the majority of deaf children had some useful hearing which could be amplified with hearing aids – even those available at the time. They were also convinced that the earlier diagnosis and support took place the better for the child and family. Edith started a hostel in Ealing, unusual for its time, where mothers stayed with their babies and later, older deaf children could attend too for longer periods.

“Edith started a hostel in Ealing, unusual for its time, where mothers stayed with their babies and later, older deaf children could attend too for longer periods”

This work grew through the 1950s and, in 1962, the centre became the Nuffield Hearing and Speech Centre, based at the Royal National TNE Hospital with Edith as Director. There she was able to develop the centre based on the convictions that early diagnosis, followed by early fitting of hearing aids, and the involvement of parents, particularly mothers, was crucial for the optimal development of a deaf child. Families, including siblings, could stay at the centre and have assessments and training over a week. Edith maintained that the mother was the true patient – a view which, again, was ahead of her time and is maintained by people like David Luterman in their work today. In his lectures on working with families, David maintains “if you look after the parents, the children will be fine…” 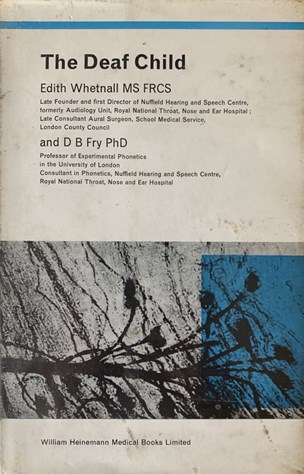 Her emphasis on early diagnosis led to her interest in the development of electrophysiology and more objective methods of testing infants than the common use of distraction testing. Her centre attracted more complex children who were challenging to assess, and work on electrophysiological testing developed at the centre. Edith focused on the auditory/oral approach to language development for deaf children, along with Alexander and Lady Ewing who were working in a similar way at Manchester University. Her approach was published in The Deaf Child in 1964, and a second book after her death, Learning to Hear. The conflicting views of the time about using an oral or a signing approach with deaf children are well documented and it could be said that the hearing aids available at the time gave little useful hearing and could do little to support spoken language development for profoundly deaf children. However, Edith’s dedication ensured that those with severe hearing losses could benefit from what was available. She drove forward her key ideas of early diagnosis, amplification and family involvement, which are now recognised ways forward for deaf children, with today’s effective screening and diagnostic programmes, and hearing and communication technologies.

“Edith focused on the auditory/oral approach to language development for deaf children, along with Alexander and Lady Ewing who were working in a similar way at Manchester University”

Although, sadly, Edith Whetnall suffered ill health and died too early, she achieved much that was ahead of its time in its thinking. One can only imagine how enthusiastic she would have been about today’s diagnostic tools and hearing technologies, including cochlear implants. She would have supported newborn hearing screening, and I am sure would have ensured that the technologies were set in a child and family friendly setting, and that the needs of the family were to the fore. She is said to have been a good person in the best sense of the word – I remember speaking to her family after my lecture and they remembered her very fondly. She was also a pianist, a keen gardener and water colour painter – so although very dedicated to her work and in spite of the ill health, she led a rich and full life. Her work isn’t forgotten and those of us working with young deaf children do well to remember her dedication to those children and families, and the changes that she made in their care which have lasted to this day. 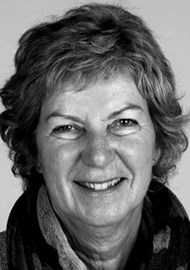