Establishing a medical device company: an ENTrepreneur’s experience
By Donald A Gonzales

In 2004, while I was suturing the mucopericondrial flaps for a septoplasty, I thought to myself, “there must be an easier and faster way of doing this”. Even though I had no formal training in business or medical device development, I came up with an idea to solve this problem – a septal stapler using resorbable staples – and decided to take my idea through the stages of product development and into the market. Nine years later, the company I founded, ENTrigue Surgical, has five product lines for sale throughout the world and has recently been acquired by a major medical device company.

This kind of thought is common for physicians. We understand the needs of the patient and the limitations associated with the current devices better than anyone else. This puts the physician in a unique position, as the most challenging aspect of creating a successful medical device is often not solving the clinical problem but identifying the right problem to solve.

The right problem and corresponding device has definite boxes that need to be checked for a device to be successful. Will the device change outcomes? Does it solve a significant clinical problem? Does it have a large market? Is it patentable? Is it reimbursable? Does it have a clear (US) Food and Drug Administration (FDA) pathway? These questions should be answered early, before spending time and money, and will determine the pathway your device will follow.

The septal stapler had a few of the boxes checked: the device was patentable, had a low-risk FDA classification, and there were a large number of septoplasties performed in the USA (approximately 500,00). My first step was filing a patent for my invention.

Filing a patent is currently the only way to guarantee protection and ownership of your idea; patents give protection for 20 years after the filing date and provide a platform to build upon with other value creation milestones. A patent must provide enough detail to show that one ‘skilled in the art’ could make and use the invention. For the application to be patentable, it must meet three key provisions; it must be non-obvious (to one skilled in the art), novel and useful.

As I learned early on, just because you have a patent for a device does not necessarily mean you can market your product without infringement. I was able to obtain a patent for my septal stapling device, but there was an issued patent for the method of septal stapling that I would infringe upon by marketing my device. To overcome this obstacle, I acquired the existing method patent and added it to my company’s patent portfolio.

"The most challenging aspect of creating a successful medical device is often not solving the clinical problem but identifying the right problem to solve."

The regulatory pathway for the stapler appeared to be optimum since it was a class II, 510(k) product that would not require a large clinical trial. The FDA has three categories for medical devices, class I-III, with class I being the simplest devices and class III being life saving devices. In 2007, Josh Makower, the founder of Acclarent, published an article surveying large and small medical device companies to determine the cost of bringing a device to market [1]. On average, low to medium risk (class II / 510(k)) devices cost these companies $31 million to bring from concept to market. Over 75% of this cost was devoted to regulatory clearance. This price tag was well beyond my capabilities, so I needed to raise funds to take the device to this next level.

Fund raising generally follows a very specific pattern: self-funding, funding from friends and family, angel investment and venture capital. Angel investors are typically wealthy individuals who invest thousands to hundreds of thousands of dollars into a start-up. Venture capitalists are professional investors that invest single millions to tens of millions of dollars.

The typical venture capitalist sees several hundred business plans a year, will perform diligence on a few dozen and will invest in one to three companies. Of those investments, a third will fail, a third will break even and a third will create a profit. This means that they need to have the possibility of a large return (at least three-fold) from the millions they invest in a company. Their return on investment typically occurs when the company is sold to a larger medical device company.

The septal stapler fell short on several of the important boxes related to funding. The device was a time-saving device and would not necessarily change outcomes. Because of this, the reimbursement dollars were limited, affecting the eventual selling price of the product. The addressable market for the device (how many times per year the device could be used in the USA multiplied by the projected selling price) was in the neighbourhood of $50 million. Even though this number seems quite large, it does not meet the minimum requirement for funding needed to shuttle the product through the FDA and into the market.

At this stage, I was at a very common cross-roads for medical device entrepreneurs. The device served a need, but the market was too small for funding. My choices were to sell the device early to a major company or to increase the market. I decided on plan B. Since the amount of reimbursement was limited and the number of procedures being performed was fixed, I decided to add additional products to my portfolio and consolidate them into one company, with a combined market size that was above the threshold needed for venture capital funding.

In 2007, I closed on $6.3 million Series A funding contingent on finding a suitable Chief Executive Officer (CEO) to run the company, since I had no experience running a venture funded company. I hired an experienced management team and I took the position of Chief Medical Officer.

Over the years, the company grew, added new products, abandoned other products and ended up with a broad set of instruments for rhinologic surgery. At this stage the company had two options: stay independent and continue to grow or be acquired by a larger company and add our products to their offering. Staying independent would require a larger sales force and could prove to be very expensive, while selling to a larger company would mean giving up independence, but would have the benefit of wider distribution. In 2013, ENTrigue accepted an acquisition offer from a much larger medical device company.

The process of bringing a product from idea to market has been challenging and, ultimately, very rewarding. I’ve come to realise that collaboration with industry and entrepreneurship has the capacity
to make an even larger impact on patients than what can be done by an individual physician. These activities should be encouraged and nurtured by our societies. 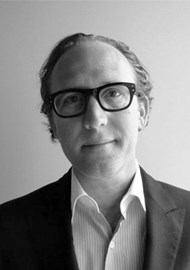