The philosophy of endoscopic ear surgery presents surgeons with a tricky concept – does the magnificent view make up for the fact I need to operate with one hand? In this article, Jane Lea discusses the advantages of operating transcanal on middle ear disease, and suggests methods of improving one handed surgery.

While the general principles of ear surgery have remained relatively constant over time, mainly to eradicate disease while preserving hearing, balance and facial nerve function, the modalities used to accomplish this goal have evolved, largely in parallel with technologic advancements. Recent endoscopic and optical advancements have brought minimally invasive endoscopic ear surgery (EES) to the forefront in the 21st Century.

“Ear surgery is traditionally performed using a microscope, but the endoscopic view offers specific advantages owing to the greater field of view and ease of access to ‘hidden areas.’”

Ear surgery has seen many paradigm shifts throughout history, from the era of trephination in the 16th-18th Centuries, to ‘chisel and gouge’ in the 19th Century, to the ‘electrical drill and microscope’ in the 20th Century. EES has roots dating back to the 1960s [1], but it is only within the last decade that the technique has grown in popularity, with an exponential increase in publications, presentations and training courses on EES [2].

The surgical approach with EES differs from traditional microscopic surgery and adjustments are necessary owing to the one-handed technique and alterations in depth perception that come with endoscopic surgery. The inherent advantages of the technique, specifically the wide field of view, affords the ability to see and dissect around corners, thereby exposing ‘hidden recesses’ that standard microscopic ear surgery cannot provide. The wide field of view provided by the endoscope offers additional downstream benefits including improved patient outcome / satisfaction, and greater healthy tissue preservation. 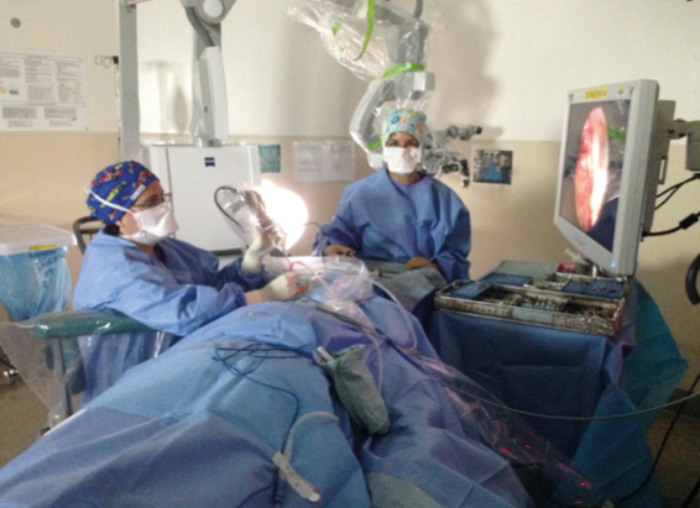 The main function of the non-dominant hand in microscopic ear surgery is to suction the operative field of blood, while the dominant hand performs the vast majority of the important surgical dissection [3]. Haemostasis is therefore essential in the setting of one-handed surgical techniques. The minimally invasive nature of EES fosters a reduction in local tissue trauma (less dissection, minimal incisions required) and hence reduces troublesome bleeding.

Suggestions for overcoming the limitations of a one-handed surgical technique 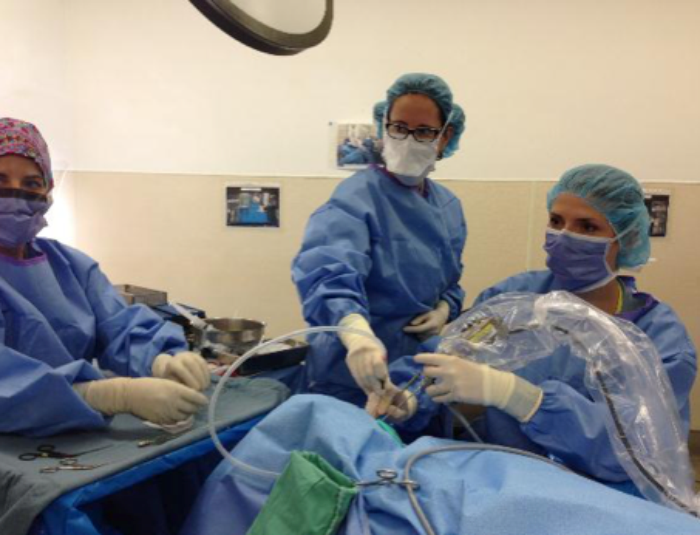 Another perceived disadvantage of EES is the two-dimensional nature of the operative image that limits depth perception. However, this has been overcome in FESS, and thus we can learn from the experiences of our sinus colleagues by accommodating for the lack of depth perception by acknowledging the following key points:

During microscopic surgery, the field of view is limited by the narrowest segment of the ear canal. The use of an endoscope allows one to easily bypass the narrow segment and look beyond without excising healthy tissue for exposure (Figure 3). An anterior perforation can therefore be repaired entirely transcanal with an endoscope, without the postauricular incision and canaloplasty often required with microscopic techniques. 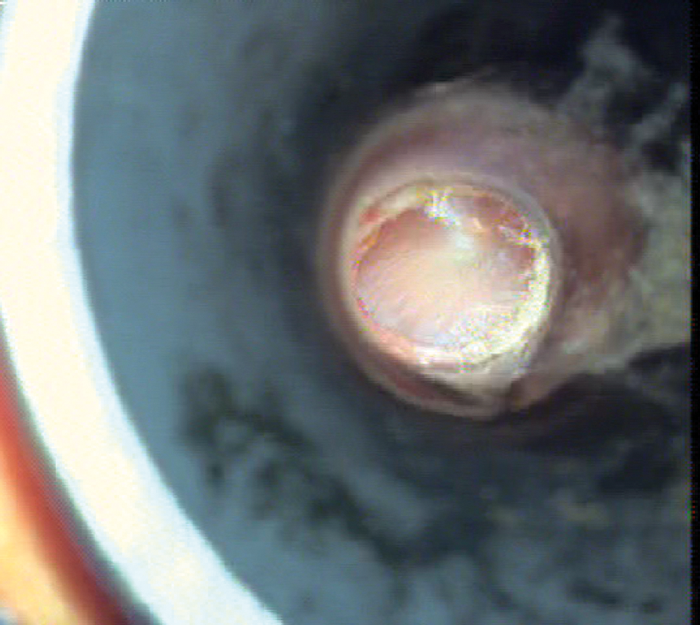 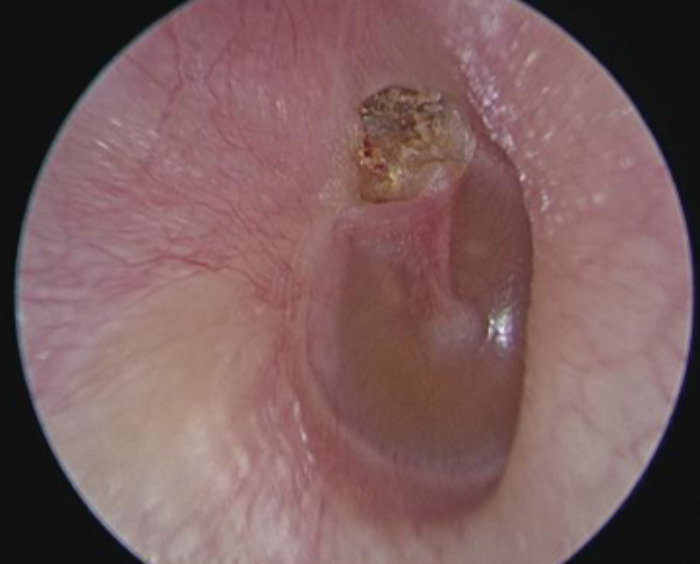 Cholesteatoma can be removed without extensive bony removal (often avoiding a mastoidectomy) and without external incisions even with disease extension beyond the antrum (as long as disease does not extend beyond the limits of the lateral canal).

“Endoscopic and optical technologic advancements have pushed us toward yet another possible paradigm shift, and as we move into the 21st Century we continue to explore and define the role of the endoscope in ear surgery.”

Only a small amount of bony scutum needs to be removed to greatly improve visualisation. A few millimetres of exposure is of exponential benefit in endoscopic approaches.

The greatest benefit of the endoscope lies in exposing previously hidden areas or blind spots such as the retrotympanum, hypotympanum, anterior mesotypanum, epitympanum and antrum (Figure 4). 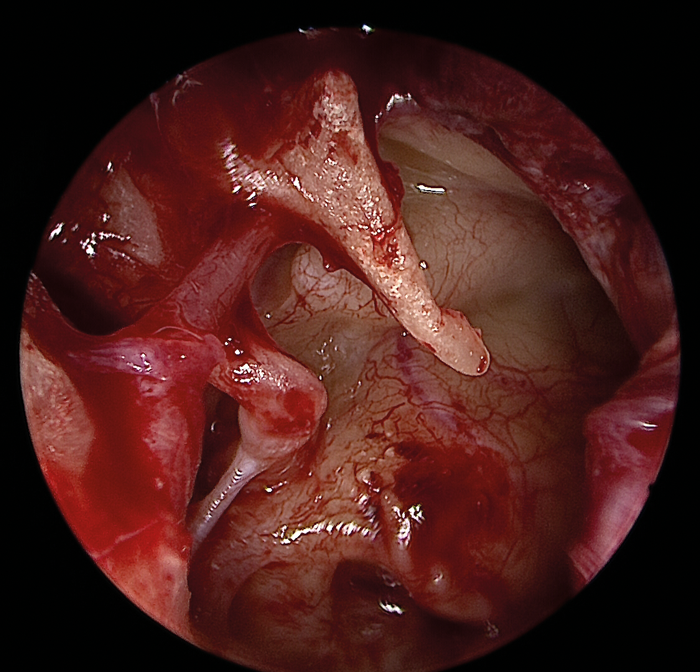 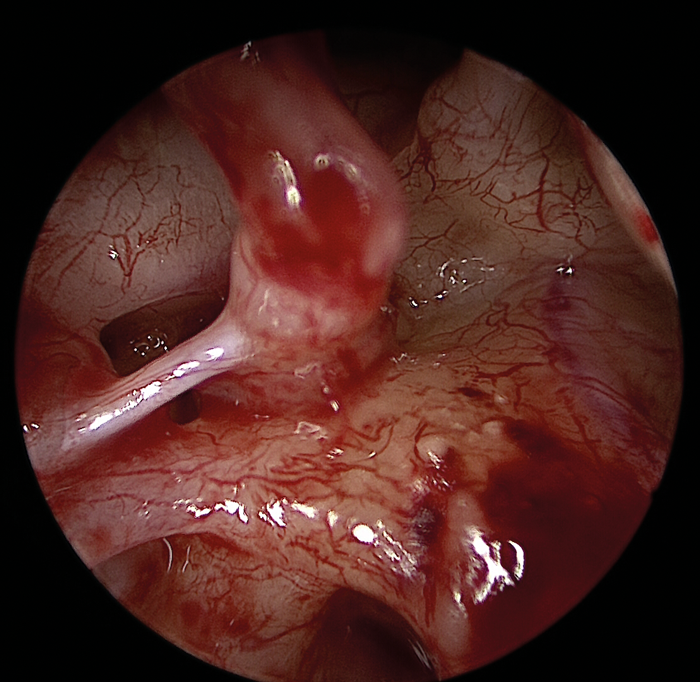 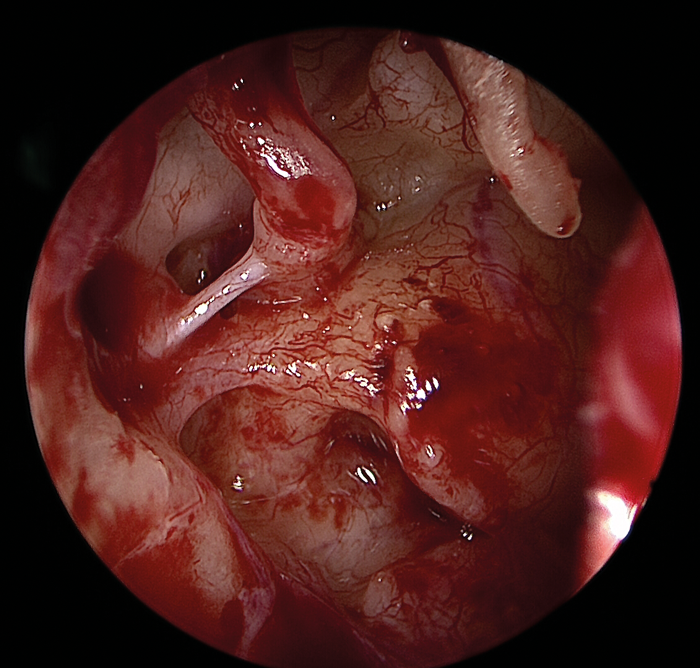 Figure 4 (Top, middle and bottom): Endoscopic view of the middle ear with an intact ossicular chain.

The improved visualisation of hidden structures in a minimally invasive fashion results in a reduction in residual and recurrent disease rates [4,5], less postoperative pain, quicker recovery, no external incisions, no need for bulky mastoid dressings.

The endoscopic benefit of exposing ‘hidden recesses’ and ‘blind spots’ in ear surgery is the primary rationale for the growing support of EES over the last decade. The minimally invasive nature of the endoscopic approach affords greater healthy tissue preservation and results in patient benefits that cannot be ignored. EES is likely here to stay, until of course the next major paradigm shift in ear surgery bursts onto the scene, likely paralleling another major technologic advancement in surgical instrumentation.

Dr Jane Lea is an Assistant Professor at the University of British Columbia and a practising otolaryngologist-head and neck surgeon, with a subspecialty in otology / neurotology. She currently provides tertiary / quaternary otologic care at the BC Rotary Hearing and Balance Centre, St Paul’s Hospital, Vancouver, Canada. Her current clinical practice and research endeavours are focused on vestibular disorders, cochlear implantation and endoscopic ear surgery. 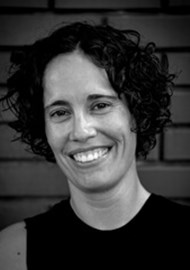