Congenital deafness in China affects more people than the entire population of Australia. Prof Wang give us a comprehensive insight into one of the main congenital disabilities in China, looking into the causes of deafness and the benefits of genetic research.

Deafness in China is one of the major congenital birth defects and disabling diseases, with more than 27.8 million people suffering from deafness. This figure accounts for 34% of the 82.96 million disabled people and is on the increase, with 30,000 new deaf cases every year, according to Chinese sampling survey of disability. The etiology of deafness is extremely heterogeneous: genetic factors contribute to 60% of deafness cases, including syndromic (30%) and non-syndromic (70%) hearing impairment [1].

Therefore, there is a great demand for precisely defining the genetic load which is often due either to some novel genes in isolated pedigrees or to mutations in several common hearing loss genes that confer high susceptibility risk to the Chinese population. Based on genetic findings, it is possible to carry out different counselling and intervention in hearing loss cases with different individuals, achieving precision medicine of genetic hearing loss.

Trace back to the close of the 20th century, when deafness-related genes were individually dug out in the Chinese population by traditional localisation and candidate gene screening based on the multigenerational or core pedigrees. GJB3 was the first gene cloned and identified by mutation analysis in two Chinese families with autosomal dominant nonsyndromic sensorineural deafness by Xia et al in 1998 [2], and two mutations in GJB3 were considered to be related with high-frequency hearing impairment.

Later, in 2001, Xiao et al identified causal mutations in the dentin sialophosphoprotein gene (DSPP) in three Chinese families, while linkage analysis and mutation analysis were used to detect the mutations responsible for dentinogenesis imperfecta1 with or without hearing loss [3]. Then, in 2004, Wang et al mapped the first Y-linked family onto DFNY1 locus (Y-linked locus 1) in China, based on the extensive investigation of a large hearing loss pedigree which had a family history of more than 1000 years [4]. The study found a complex rearrangement in DFNY1 chromosome, as several noncontiguous segments of the Y chromosome duplicated and the existing insertion of ~160 kb of DNA from chromosome 1. 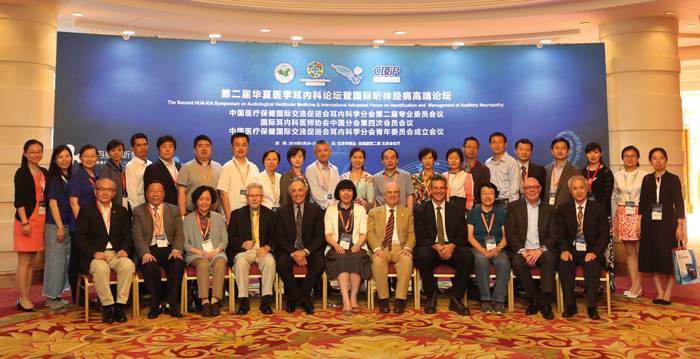 During the past 10 years, next-generation sequencing (NGS), also known as high-throughput sequencing, provided the revolutionary change in research of genetic deafness, and subsequently accelerated the deafness gene identification processes [8,9]. Numerous novel hearing loss genes and pathogenic gene mutations have been found among the Chinese population over a short period [10,11]. Zhao et al reported a large Chinese pedigree with progressive autosomal dominant hearing impairment among five generations, which was assigned as DFNA56 [12]. A missense mutation c.5317G>A in TNC was confirmed to be co-segregated with deafness in 56 subjects of this multi-generation Chinese family. Similarly, Zhao et al identified a novel TMC1 mutation c.1253T>A in a six generation Chinese non-syndromic deafness family (0501304) with 221 members, which is considered as orthologous to the mutation in a kind of deaf mouse model called Bth many years ago [13].

In addition, another Chinese family with X-linked auditory neuropathy syndrome was found to carry a frameshift mutation in the TIMM8A gene (data to be published). Moreover, in the infants and young children, 14 out of the 34 subjects were found to have two or three mutant alleles of OTOF, with the frequency as high as 41.2% [21]. Zhang et al recruited three patients with temperature sensitive auditory neuropathy: genetic analysis revealed they all have OTOF homozygous or compound heterozygous mutations [22]. By combining NGS with target capture deafness genes, we screened all the related genes in auditory neuropathy subjects using the genes panel, containing all known hearing loss genes.

“Wang et al mapped the first Y-linked family onto DFNY1 locus in China, based on the extensive investigation of a large hearing loss pedigree which had a family history of more than 1000 years.”

Therefore, molecular genetics diagnosis for these patients showed the accurate differentiation and location on auditory neuropathy, which is a very rewarding clinical practice for genetics. In the clinical field, rapid development of sequencing technology helped to detect the deafness gene mutations effectively, and thus facilitate us to investigate the mutation spectrums and mutation frequencies of common deafness genes systematically in different ethnic groups of the Chinese population. Dai et al reported the sequencing results of the GJB2 gene among 2063 Chinese patients with nonsyndromic hearing impairment from 23 different regions: c.235delC, c.299_c.300delAT, c.176_c.191del16, and c.35delG were the four prevalent mutations, accounting for 88.0% of all mutantalleles detected [23]. Zhao et al studied the spectrum of SLC26A4 mutations in 107 hearing impairment patients with an enlarged vestibular aqueduct (EVA) or both EVA and Mondini dysplasia in China [24]. We found that more than 97.9% patients carried at least one possible pathogenic SLC26A4 variant, and the most common one was the IVS7-2A>G mutation, accounting for 57.63% of all identified mutant alleles. In 2008, there was another epidemiological study on genetics in northern China [25]. The data showed that 26.65% of the young deafness patients could be diagnosed before language ability developed, by testing three common hearing loss genes (GJB2, SLC26A4 and mtDNA A1555G).

However, a study in the Tibet autonomous region, including 114 unrelated Tibetan children suffering hearing impairment, showed that it is rare to discover the common molecular etiologies in Tibetan Chinese individuals with nonsyndromic hearing loss [26]. Overall, nonsyndromic inherited hearing loss caused by mutations of GJB2, SLC26A4, or mtDNA12S rRNA accounts for 33.8% of all deafness cases in areas of China [27]. Hence, it is important to recognise the Chinese common deafness gene genotypes and frequencies while further genetic consulting and better medical care could be provided for the persons with the hearing impairment and their family members.

More importantly, another achievement has been made by applying the genetic researches on hearing loss. Combining hearing screening with genetic screening largely raised the efficacy of newborn hearing screening nationwide. Wang et al launched the project with 12 regional hospitals from 11 provinces of China from May 2007 to May 2009 [28]. They collected data of 14,913 newborn babies who received hearing concurrent genetic screening, including three common deafness genes (mtDNA12S rRNA, GJB2 and SLC26A4) respectively. Of all the newborns babies, 86.1% (12,837) passed the hearing screening in the first stage, 7.8% (1168) passed single side, and the remaining 6.1% (908) were referred on both sides. Regarding gene screening, 306 newborns had one or two mutant alleles, with the carrier rate 2.05% (306) among the whole subjects.

In addition, a clinical practice performed both hearing and genetic screenings on 58,397 newborn babies in Tianjin, China [29]. The study revealed a total of 3225 (5.52%) newborns carrying at least one mutation allele of GJB2, GJB3, SLC26A4 or MTRNR1. Remarkably, 34 babies detected as having hearing loss with GJB2 or SLC26A4 mutations account for 0.58‰ of the 58,397 babies. These studies bring advanced opportunity for affected infants in genetic counselling as well as early management from a young age, which would eventually benefit the quality of life.

Last but not least, the genetic testing data promotes the clinical application for personalised healthcare, as it further fulfills the clinical demands from those suffering hearing impairments. In 2015, Wang QJ led her team to complete avoiding vertical transmission deafness gene in a hereditary severe deafness family and gained the first successful birth of a child without GJB2-associated hereditary hearing impairment in China [30]. This year another Chinese family carrying an EYA4 mutation with autosomal dominant hereditary deafness also gave birth to a child with normal hearing under the support of NGS-based PGD (data to be published). In conclusion, genetic research on hereditary hearing-impairment not only involve underlying pathogenesis for better understanding the diseases, but also demonstrates a relatively high genetic load on hereditary hearing loss in Chinese population. Finally, the characterisation of the Chinese genetic distinct mutation spectrum in the hearing loss genes could offer an informative database for national network co-operations. Notably, the Chinese Deafness Genome Project (DGP) had been launched on 8 November 2015, led by Wang QJ and He Lin. It is mainly based on otological medical institutions in China, with plans to complete a genomic research project of 100,000 deafness cases in five yearsThe cooperation of clinical practices and scientific researchers will contribute to the prevention and management of deafness in China.

Thank you to Li Wang for collecting and organizing materials. This work was supported by the National Natural Science Foundation of China, No.81530032 and the grants of the National Key Basic Research Program of China, No.2014CB943001. 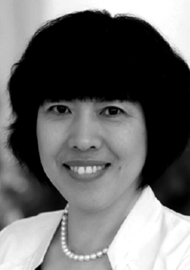