Head and neck cancer and PET-CT
By Wai Lup Wong

Positron emission tomography-computed tomography (PET-CT) is an imaging technique in which abnormalities of tissue metabolism are precisely superimposed onto the anatomy. It relies on the premise that malignant cells are more metabolically active compared with non-malignant cells. On this basis, a radiotracer, which is a radioactive analogue of a cellular molecule, is given intravenously to the patient and is taken up by cells. The cells recognise the analogue as ‘foreign’ and the radiotracer is trapped early in its metabolic pathway. Malignant cells trap more radiotracer compared with non-malignant cells.

The PET-CT scanner measures the local radiotracer concentration and localises it anatomically. In addition to images of radiotracer uptake in tissue, with PET-CT it is possible to measure radiotracer uptake. Standardised uptake value (SUV), and more specifically SUVmax of a lesion, is what is widely used in clinical practice. The measure is an indirect and semi-quantitative index of radiotracer uptake but with the advantage of being non-invasive. It is important to realise that there are many factors which influence SUV, including time of taking the measurement post injection.

Depending on the radiotracer used, different aspects of tissue metabolism can be evaluated, including relative hypoxia and proliferative capacity of tissue. That said, the overwhelming majority of clinical studies use 2-fluoro-2-deoxy-D-glucose (FDG), which reflects glucose metabolism - cancer cells in general have higher glucose uptake compared with normal cells. FDG PET- CT has an established role in the assessment of patients with head and neck squamous cell carcinoma (H&NSCC).

There is almost universal recommendation for considering FDG PET-CT in occult primary patients and specifically before examination under anaesthesia. It allows for targeted pan-endoscopy and avoids potential false positives if FDG PET-CT is done after biopsies. Secondly, there is general agreement on advocating FDG PET-CT for staging and restaging patients with high risk of disseminated disease including patients with advanced loco-regional disease and patients harbouring primary sites which have a high propensity for disseminated disease such as nasopharyngeal cancer. Also, there is general agreement that FDG PET-CT should be considered in the investigation of lesions such as in lungs which remain indeterminate on usual assessment and where improved characterisation may change the treatment plan. And finally, there is consensus that there is inadequate data presently to recommend FDG PET-CT in the routine surveillance of asymptomatic patients with no clinical suspicion of disease.

There are two areas where opinion is divided. First, some guidelines including the Ontario guidelines do not include FDG PET-CT for diagnosing recurrence. Agreed, there is a paucity of data on FDG PET-CT in the detection of recurrence, but dismissing the value of FDG PET-CT in this area ignores the weight of evidence that FDG PET is superior to conventional imaging for distinguishing treatment sequelae from recurrence and disregards the literature that PET-CT is at least as accurate as FDG PET. Interestingly, but for reasons unclear, the Ontario panel include FDG PET-CT for investigation of nasopharyngeal carcinoma recurrence.

The other area where opinion is divided is the use of FDG PET-CT for residual disease assessment in advanced neck disease patients following chemo-radiotherapy. Some guidelines including the National Comprehensive Cancer Network USA specifically include this as an indication for FDG PET-CT, and other guidelines such as the Australia and New Zealand Association of Physicians in Nuclear Medicine Physicians (ANZAPNM), Medicaid / Medicare are inclusive enough to include FDG PET-CT in this scenario. On the other hand, others including the Ontario guidelines exclude it as an indication apparently due to lack of supportive evidence. In the Ontario guidelines two prospective studies were considered and they showed conflicting results. One study showed value and one showed no additional diagnostic advantage of FDG PET over CT. Two points need to be made with regard to the study that showed no advantage. It was a PET and not a PET-CT study and FDG PET was done seven weeks following completion of chemo-radiotherapy.

There is general agreement that FDG PET is misleading before eight weeks post-chemo-radiotherapy, and that FDG PET has a high negative predictive value, greater than 90% when done at least eight weeks after. The Evidence based indications for PET-CT in the UK adds to the uncertainty. It recommends FDG PET-CT for response assessment three to six months post-chemo-radiotherapy in patients with residual masses. It is silent regarding the neck with no residual mass. Forthcoming data from the nearly complete Health Technology Assessment PETNECK study funded by the Department of Health England will hopefully confirm the role of FDG PET-CT in this area. 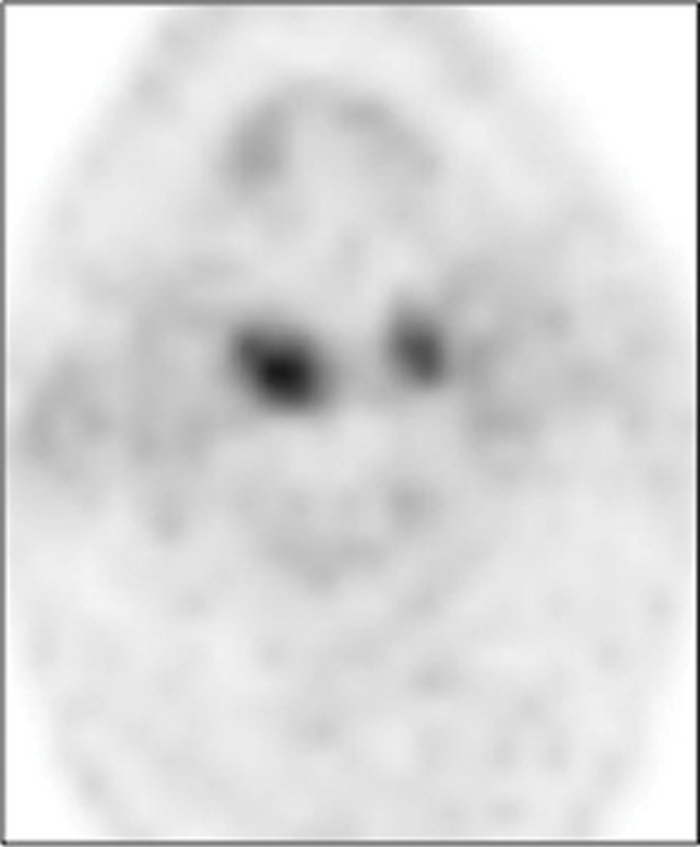 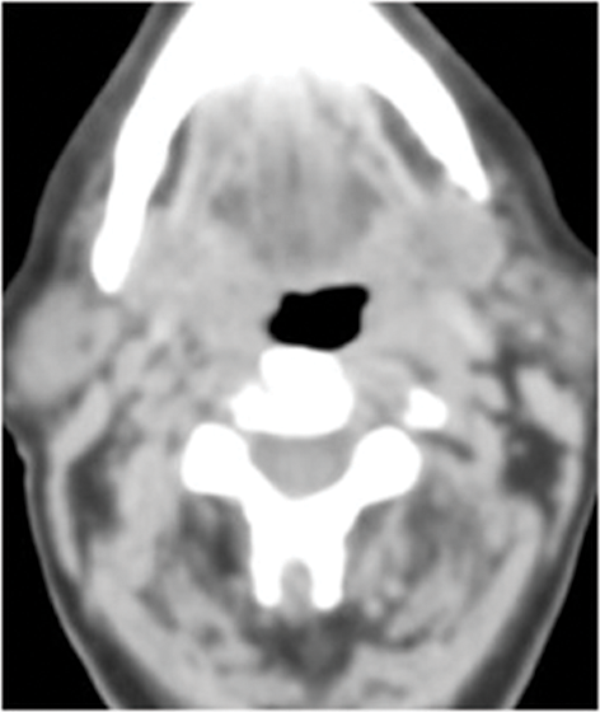 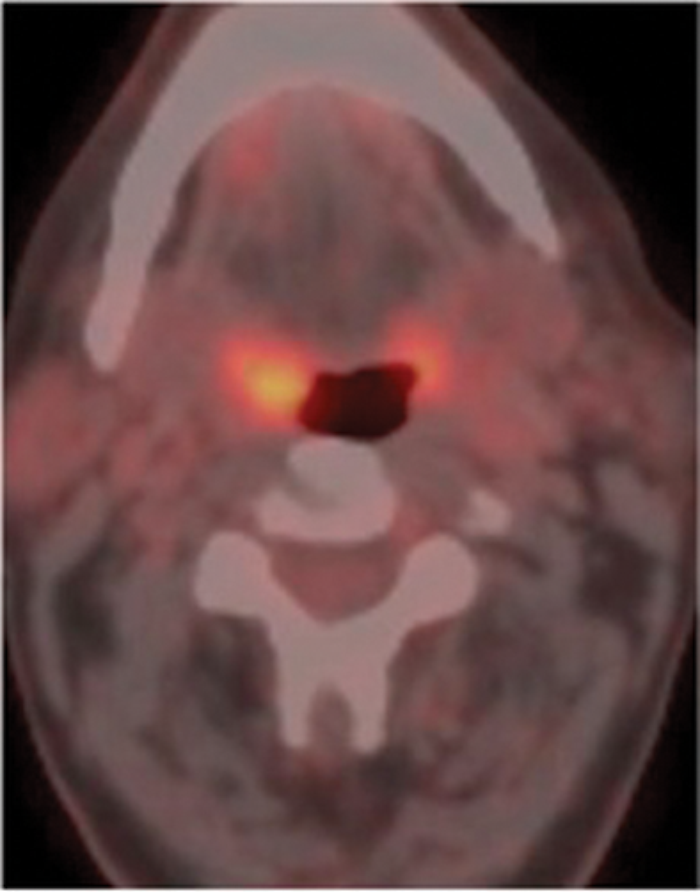 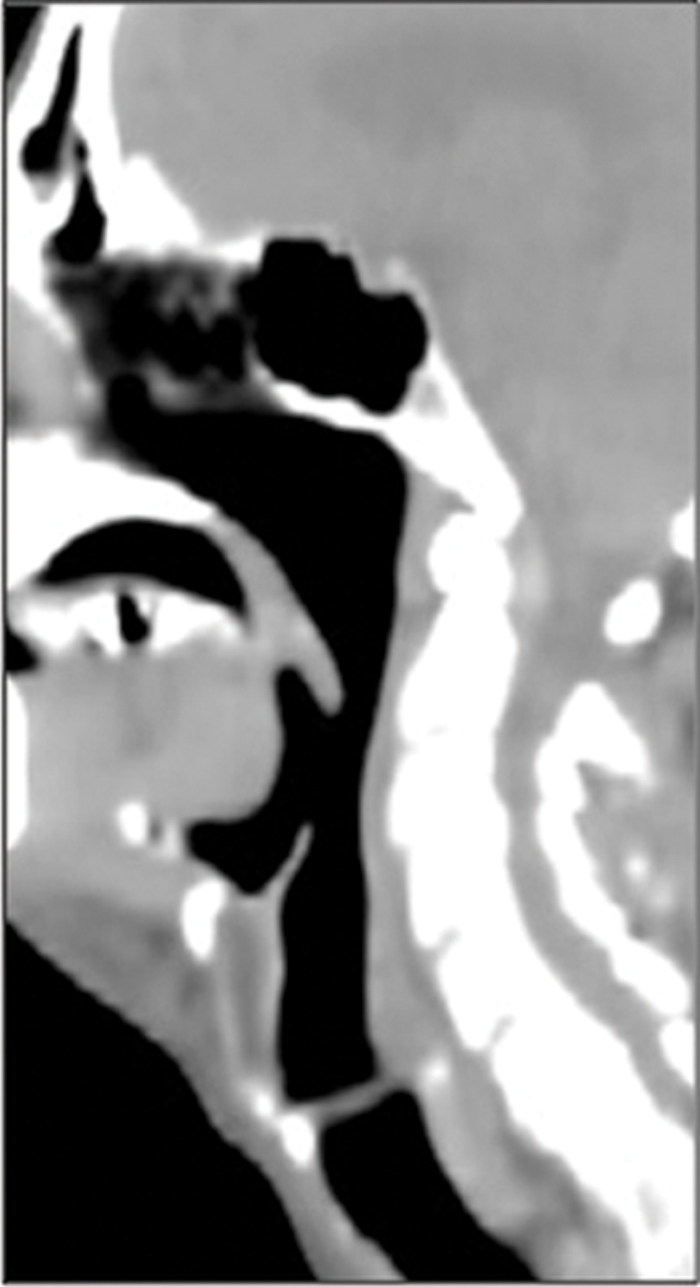 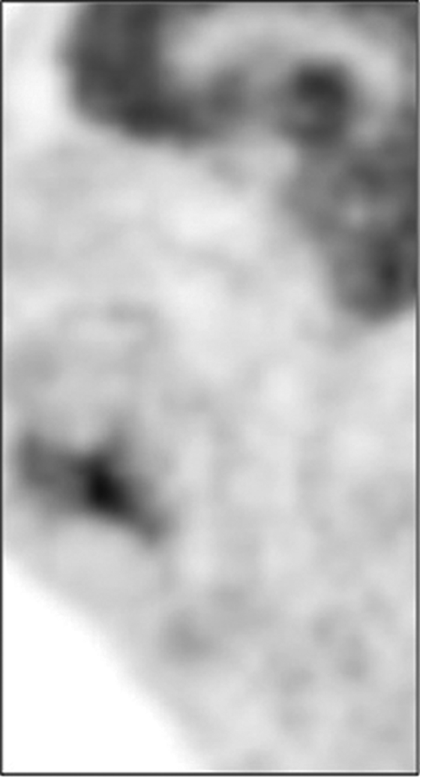 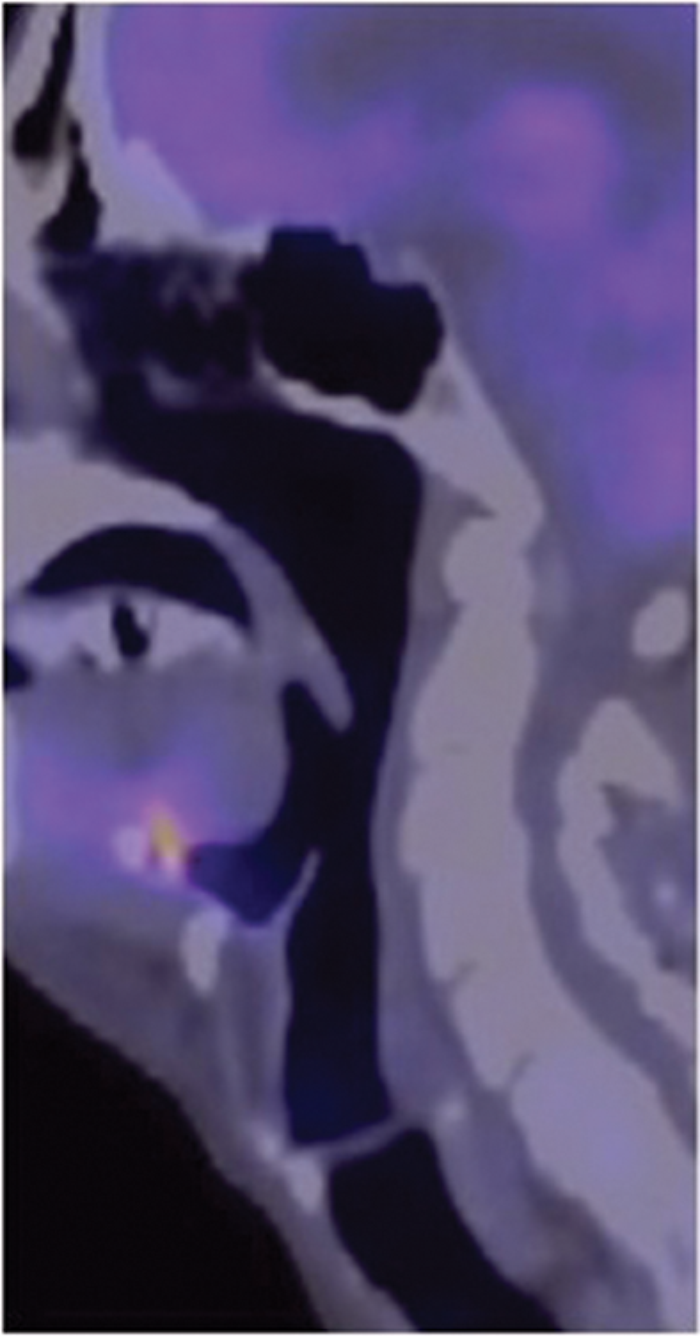 Figure 2: Patient with clinical suspicion of recurrent disease in the oro-pharynx. No recurrence was identified in clinical assessment, MR and on EUA and biopsy of suspicious areas. FDG PET-CT shows the recurrence in the wall of an ulcer crater in the base of tongue (arrow). A = FDG, B = CT, C = combined PET-CT.

FDG PET-CT is increasingly used for the delineation of radiotherapy target volume, with some reservation. Benefits include a reduction in inter-observer variability in gross tumour volume (GTV) delineation, reduction in size of the GTV and the identification of tumours that would not otherwise have been treated. However, there are two major challenges. Firstly, false positive results due to inflammation may lead to over estimation of tumour margins. Secondly, there is presently no reliable, universally accepted and standardised method of identifying tumour margins. Notwithstanding, there are two small retrospective studies where overall survival and event free survival rates for patients treated with FDG PET-CT based intensity-modulated radiation therapy (IMRT) was significantly better than for the control group. More studies are needed to clarify the benefits of applying FDG PET-CT in this area.

In H&NSCC, there is revived enthusiasm for the use of induction chemotherapy and with it non-invasive imaging which can distinguish responders from non-responders early during treatment. FDG PET-CT has been shown to be able to provide an early prediction to response to neo-adjuvant chemotherapy in a variety of solid tumours, including oesophageal carcinoma. There is currently one published study where FDG PET-CT was used in conjunction with induction chemotherapy prior to chemo-radiotherapy, a small 15 patient pilot study. In that study early therapeutic response on FDG PET-CT after two cycles of chemotherapy predicted event free survival.

Increased cellular proliferation is a feature malignant tissue. There is direct correlation between uptake of thymidine 3-deoxy-3-18F-fluorothymidine (FLT), a thymidine analogue, and cell proliferation and FLT provides an indirect marker of cell proliferation. That said, the role of FLT in the evaluation of H&NSCC is unsettled. There is no definite advantage of FLT over FDG for staging H&NSCC. Where FLT may have a role is for detecting residual disease following RT and chemotherapy and to predict outcome to RT and CT-RT treatment.

Hypoxic cells are radio-resistant requiring three times as much radiation to kill them compared with cells that are not hypoxic. Delivering a dose of radiotherapy to the whole tumour, which is effective for killing the hypoxic cells, is not possible because of the damage it will cause to surrounding normal tissue. Imaging of hypoxia would provide the opportunity to apply radiotherapy to the sub-volume of hypoxic cells only.

PET tracers for detecting hypoxia include two main groups. One is formed by the fluorinated nitromidazole compounds, and includes 1-(2-nitro-1-imidazolyl)-3-[18F]- fluoro-2-propanol ([18F]FMISO) and 1-(5-[18F]-fluoro-5-deoxy-α-D-arabinofuranosyl)-2-nitro-imidazole ([18F] FAZA). The other class is copper isotope radiotracers and includes copper-diacetyl bis(N4methylthiosemicabazone) (Cu-ATSM) and copper-pyruvaldehyde-bis(N4-methylthiosemicarbazone) (Cu-PTSM). There is as yet no clear front runner. Misonidazole (MISO) is the most commonly used and best validated tracer for hypoxia imaging and most studies have shown correlation between hypoxia and MISO uptake. But it is only slowly cleared from the blood compartment and the radiotracer passively diffuses into the cell which takes a relatively long time. So, for imaging to be effective it has to be done between two and three hours post injection. There is as yet inadequate data to recommend the other tracers as superior. 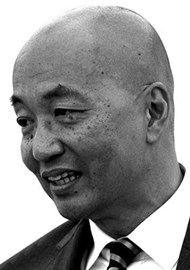