Why do we have MDTs? Do they make a difference to outcomes? Jon Bernstein explores the whys and wherefores of the head and neck cancer MDT, and wonders where things might go from here…

Head and neck (upper aerodigestive tract) cancer care is multifaceted and requires the coordinated input of a range of clinical and allied disciplines to deliver treatment and support in a knowledge-based, effective and timely manner. About 33 new cases are diagnosed in the UK each day.

Multidisciplinary cancer teams (MDTs) were formally introduced in the UK in the 1990s as the gold standard in cancer care to improve cancer survival and treatment times. MDTs have made a substantial contribution to reducing the variation in access to treatment [1]. This group approach includes multidisciplinary team meetings (MDMs) or tumour boards, in which the MDT meets weekly to agree on treatment recommendations for individual patients. The core members of the head and neck cancer MDT in the UK include three or more surgeons, two clinical oncologists, restorative dentists, pathologists, radiologists, clinical nurse specialists, speech and language therapists, dietitians and senior nurses from the head and neck ward.

MDT care in different forms is recognised internationally and ingrained into many health systems worldwide. In the UK, MDTs are duty bound to discuss all patients with a diagnosis of cancer at the MDM, whereas in some countries the tumour board model is often a more academic forum to discuss complex cases while routine cases are guided by clinical protocol or evidence-based recommendations from the treating specialist.

MDMs help facilitate the continuity of care, timeliness of treatment, clinician support, review of junior doctor activity, audit and research in the setting of the NHS. MDMs were not introduced with an evidence base, but head and neck MDMs have been largely a success, altering management decisions in a major way in 12% of cases in an Australian study [2]. However, the effect on oncological outcome for patients may be limited. In the south west of England, the introduction of head and neck cancer MDTs may have increased two-year survival by 1% (p=0.1) in a retrospective comparison of patients treated in 1996-1997 and 1999-2000 [3]. The relationships between cancer-specific survival and MDTs may have been stronger in some other disease sites [4].

Cancer MDTs and their requirements probably enabled the early stages of centralisation in the UK but may have inhibited super-centralisation in regional units for rarer malignancies. A criticism of the MDM is that the patient cannot be readily incorporated into the meeting so, to follow the modern requirements of informed consent, the MDM may make a recommendation and defer the decision to the consultation. Most patients are glad to receive a team-based recommendation, but their personal wishes could be suppressed, or their personal preference may need to be brought back to the MDM a week later.

The overall caseload can be high, and the average length of MDM discussion of any one patient can be short, so the information and time available may occasionally impair the quality of decision making at the MDM, or discussion may be postponed to the following meeting [5]. As a response to this concern, a more selective approach to MDT meetings has been recommended by the Independent Cancer Task Force in England and explored by Cancer Research UK. A questionnaire found that tumour-specific guidance for streamlining British MDMs was needed and that there was broad support among the 1220 respondents, though the form that streamlining might take was not agreed [5].

The Task Force made two further recommendations for MDTs in England: to audit monthly any deaths occurring within 30 days of treatment, and to encourage the establishment of national or regional MDTs for rarer cancers where the treatment options are low volume or high risk [1]. It has yet to be decided whether head and neck cancer is rare enough for this approach. 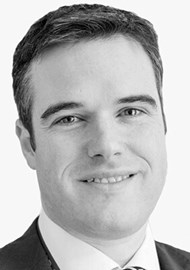