Hearing rehabilitation is a key focus of the management of patients with vestibular schwannoma. But how do we rehabilitate hearing when the cochlear nerve has been damaged by tumour, irradiation, or resective surgery? Mathieu Trudel, Scott Rutherford and Simon Lloyd give us a comprehensive overview of options. It’s complicated, but there’s always a way!

Among the various skull base pathologies involving the cerebellopontine angle (CPA), vestibular schwannomas (VS) are by far the most frequent (see Figure 1). By definition benign, these slow growing tumours originate from the vestibular divisions of the vestibulocochlear nerve. Despite a wide range of clinical manifestations, hearing loss affects up to 95% of patients, either at presentation or subsequently. Even when the tumour itself does not cause deafness, the surgical approaches available to get access to the CPA may dramatically alter auditory performance. 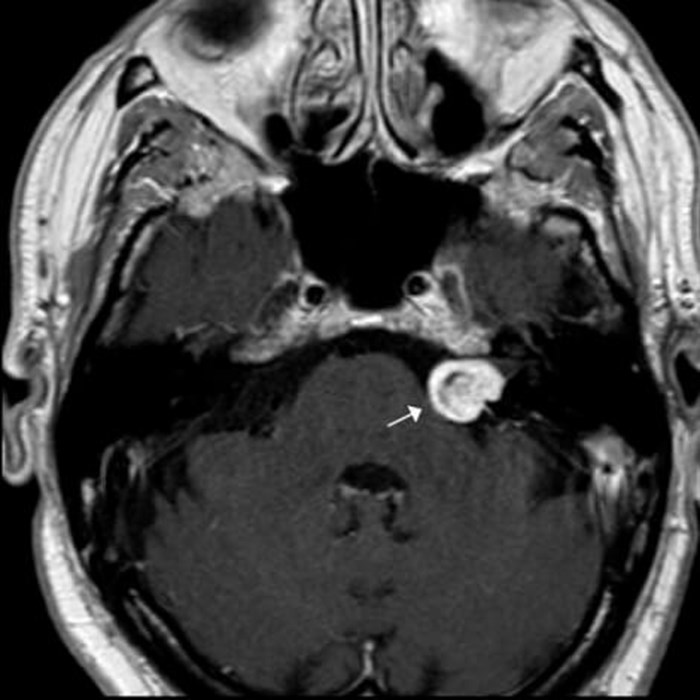 There are currently three main surgical routes used to excise VS. When opting for the translabyrinthine approach, the semicircular canals and the vestibule have to be resected. Hearing is therefore sacrificed in every case. In contrast, both the retrosigmoid and middle fossa approaches bypass the delicate inner ear structures and offer the potential for hearing preserving in selected cases. In order to fulfill that goal, the cochlear nerve must be preserved, both anatomically and functionally. The tumour must be small (usually smaller than 10mm in the CPA) and it must not extend up to the fundus of the internal auditory canal.

Despite significant improvements in peroperative electrophysiological neuromonitoring, hearing preservation remains a challenging endeavour with hearing preservation rates of 20-40% when using the retrosigmoid approach, and 30-60% using the middle fossa approach. This reflects the delicate nature of the sensory cochlear nerve compared to the much more robust motor facial nerve. Even when hearing is successfully preserved at surgery, only 50% of patients will retain serviceable hearing (AAO HNS class A or B) after 10 years of follow-up [1].

Once hearing is lost following excision of a VS, patients’ interactions with their listening environment are altered significantly. For example, they become unable to localise sound, have poorer speech perception in noise and overall reduced sound awareness. Consequently, it is essential for the medical team to counsel each patient appropriately in the postoperative period. By offering every potential option and opting for the one most appropriate in a specific clinical scenario, the burden of a newly acquired single sided deafness (SSD) may be alleviated to some extent.

The first means of hearing rehabilitation to consider is rerouting of sounds to the contralateral ear. It can be accomplished using two different groups of devices, namely hearing aids and bone conduction hearing implants (BCHI). For hearing aids, CROS and BiCROS systems are available, depending on hearing thresholds in the contralateral ear. Both systems have a microphone in the deaf ear that transfers the auditory signal to a microphone in the hearing ear. The BiCROS offers additional amplification in the hearing ear for those that have some hearing impairment in that ear. BCHI are also valuable options and can be either active (e.g. Baha, Ponto and BoneBridge devices; see Figure 2) or passive (e.g. Baha softband and SoundBite devices). In both groups, the main benefit is not to restore binaural function, but rather to remove the head-shadow effect. 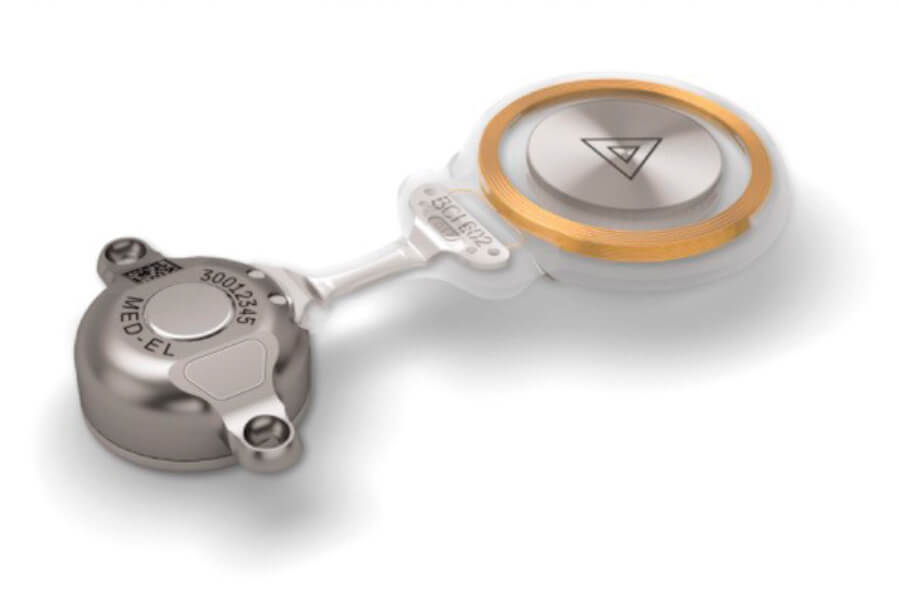 This translates into an increased signal-to-noise ratio with better speech perception in noise and an overall improvement in quality of life, although overall benefit is often limited with many individuals not pursuing such means of rehabilitation. Controversy remains as to which offers the best hearing performances, with a recent prospective study unable to find any statistically significant differences between hearing aids and BCHI [2].

In a limited number of individuals, it may be possible to consider some degree of hearing restoration in the deafened ear. This potentially provides more effective hearing rehabilitation than that provided by CROS/BiCROS/BCHI. 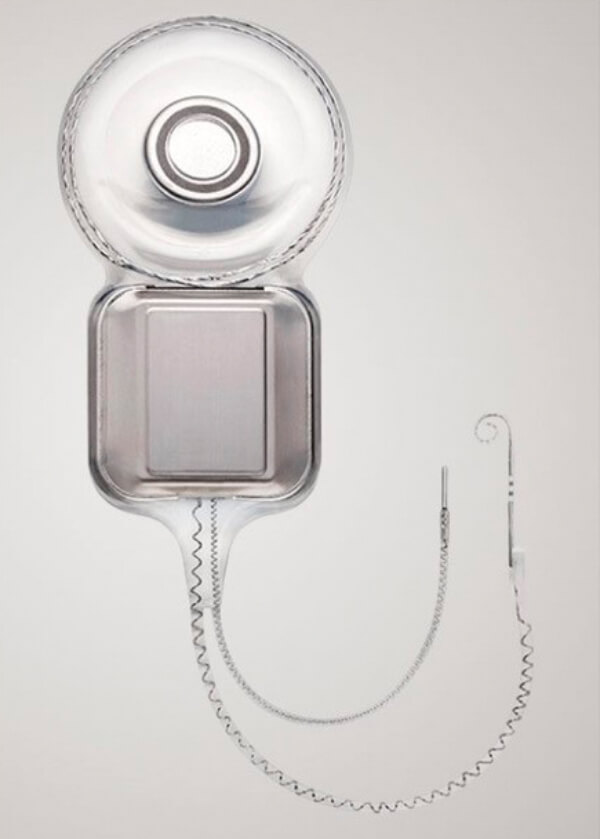 Cochlear implants (CI; see Figure 3) may be considered if there is an intact cochlear nerve in the deafened ear. The role of CI in VS has been extensively studied in neurofibromatosis type 2 (NF2), a population who are often profoundly deaf in the contralateral ear. A recent systematic review concluded that CI can provide effective auditory rehabilitation in patients with untreated VS, or in patients who have undergone radiosurgery or cochlear nerve preserving surgery to treat their VS. It is also clear that they are equally effective in ears containing a sporadic VS, although CI in this situation has been less widely investigated because of a lack of funding for CI in SSD globally.

“In a pooled cohort of sporadic and NF2-related VS, 85% of patients had audibility with their implant”

Successful CI following translabyrinthine excision of VS with cochlear nerve preservation was first described in the late 1980s. While cochlear patency is usually not a concern when the device is implanted simultaneously with tumour removal, there is a risk of cochlear obliteration with delayed implantation. It is therefore preferable to implant simultaneously in order to eliminate the risk of secondary cochlear obstruction, while avoiding a second surgery and minimising the duration of postoperative hearing deprivation.

Despite variable auditory performances compared to the general population, most patients undergoing cochlear nerve preserving translabyrinthine removal of a VS gain significant benefits from a CI. In a pooled cohort of sporadic and NF2-related VS, 85% of patients had audibility with their implant, among which 75% were intermediate-to-high performers (open-set discrimination scores between 34%-100%). The minority of poor performers still gained subjective benefits from their devices [3]. 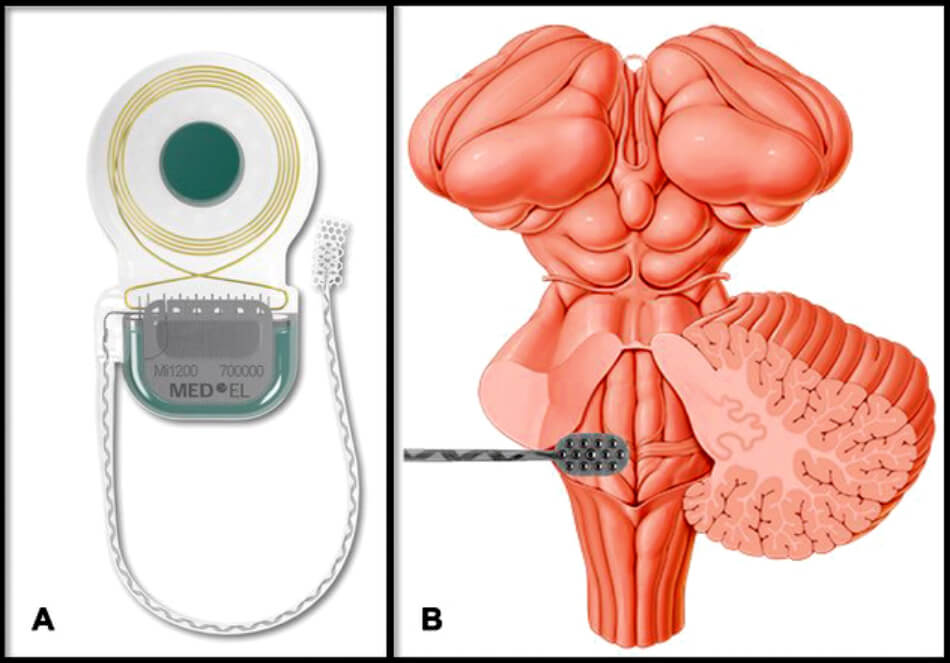 Figure 4. A. Implantable components of a last generation ABI manufactured by MED-EL© (Innsbruck, Austria). B. The electrode array of an ABI is implanted within the lateral recess of the fourth ventricule and is in contact with the surface of the dorsal cochlear nucleus.

In the presence of contralateral severe-to-profound hearing loss or when surgical excision of a VS will inevitably occur in the opposite side (in NF2), simple rerouting of sound becomes inappropriate. Furthermore, in the absence of an implantable cochlea or when a cochlear nerve is non-functional or absent after surgical removal of a VS, CI is not an option. Under these circumstances the only way to potentially restore some auditory stimulation is with an auditory brainstem implant (ABI; see Figure 4). This type of auditory implant was first described in 1979 by Drs William House and William Hitselberger. Surgery was performed on a 51-year-old female patient with NF2.

More than two decades were necessary before multichannel ABI gained US Food and Drug Administration (FDA) approval in NF2 patients aged 12 years and older. The auditory benefits of ABI are limited compared to CI [4] with only 3-12% achieving open-set speech discrimination [5]. Up to 20% become nonusers because of poor auditory outcomes. ABI is therefore generally regarded as an aid to lipreading. Nevertheless, most patients do benefit from an increased sound awareness with better ability to identify environmental sounds, which provide both protective and quality of life improvements.

In conclusion, successful VS excision is more often than not accomplished at the expense of hearing deprivation. All the same options are available to these patients as for any other case of SSD, although CI is only possible in a very limited number of cases. Similarly, ABI may be considered in a limited number of patients, mainly with NF2. Careful consideration of all hearing rehabilitation options needs to be made both before and after surgery to remove a VS. By providing the most efficient means of hearing rehabilitation, clinicians are able to fulfill one of their key roles; optimisation of their patient’s quality of life. 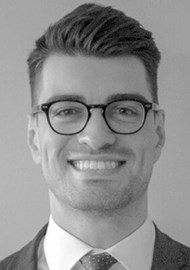 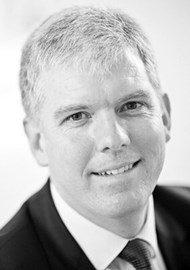 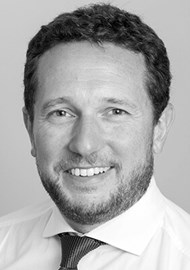