In this final article of the History of ENT edition, João Clode introduces us to the history of medical photography in the 19th century, giving us some fascinating early examples of otorhinolaryngology photographs.

The years that saw the birth of the photograph were also years of great progress in medicine. It is therefore not surprising that the first medical applications of photography are very early, as the study of medicine was using this new method of registering an image as a way of demonstrating procedures.

The first experience of medical Daguerréotypes probably took place in Paris, conducted by Alfred François Donné (1801-1878), who was a bacteriologist (he discovered trichomonas vaginalis and leukaemia) and head of the Charity Clinic Hospital of Paris. Just a few months after the public announcement of Niépcé and Daguerré’s unveiling of the official first photograph at the French Academy of Sciences in August 1839, Donné made the first scientific applications of photography.

In 1845, Donné published an atlas of engravings based on his photomicrographies, Atlas du Cours de Microscopie Executée d’après Nature au Microscope – Daguerréotype, considered to be the first book illustrated by engravings from photographic images in the history of medicine.

In 1870 Jean-Martin Charcot (1825-1893) conducted an investigation into hysteria. In 1875 two of his students, Reginald and Bourneville, began to take photographs of patients in order to confirm and fix images about the symptoms described by Charcot. The study resulted in a book, Iconographie Photographique de la Salpêtrieré, which is considered one of the finest books in the history of medical photography.

Unquestionably, one the greatest of the early pioneers was A de Montméja, an ophthalmologist at Paris Hospital Saint Louis, who began photographing patients in 1865 and was the leading publisher of medical and ophthalmic photography. In 1870 he published, with ophthalmologist Edouard Meyer, the world’s first surgical textbook with close-up photographs of surgeries. It would be almost 30 years before a similar work was produced in any surgical field. The third edition of de Montméja and Hardy’s Clinique Photographique des Maladies de la Peau was illustrated with 60 images, some of them coloured, on letterpress pages showing different skin diseases.

The first photographic surgical textbook Traité des Operations qui se Pratiquent sur l’Oeil was published in 1871 by Edouard Meyer and A de Montméja. It concluded with an atlas of 22 photographs and photo-montages, taken by de Montméja as prints on albumen paper from collodion glass negative.

The first book about medical photography was by Albert Londe (1858-1917), La Photographie Médical, published in 1893. Londe dedicates the book to Jean-Martin Charcot (1825-1893), who had entrusted him with the direction of the photographic service at Salpêtrière Hospital. Londe was an influential medical photographer and a pioneer of the photography of movement. In 1882 he designed a camera with nine lenses which had electro-magnetically triggered shutters. In 1891 he constructed a similar 12-lens camera.

Figure 1: The first surgery performed under anaesthesia with inhaled ether.

One of the most important events in medicine was the discovery of general anaesthesia. On 16 October 1846 the first surgery was performed under anaesthesia with inhaled ether at Massachusetts General Hospital by John Collins Warren (1778 -1856), one of the most renowned American surgeons of the 19th Century. News of this first public demonstration of surgical anaesthesia quickly circulated around the world and a photo was taken to celebrate the occasion. The photograph should have been taken during the surgery by JJ Hawes, but he was so overwhelmed by the sight of the blood, that he declined, so the Daguerréotype of the first general anaesthesia was taken after the procedure (Figure 1).

In 1895 the German physician Wilhelm Conrad Röntgen (1845-1923) discovered X-rays. The first radiograph in the world was of his wife Bertha’s hand. The discovery was announced in the press on 5 January 1896 and Röntgen was awarded the first Nobel Prize in Physics in 1901. 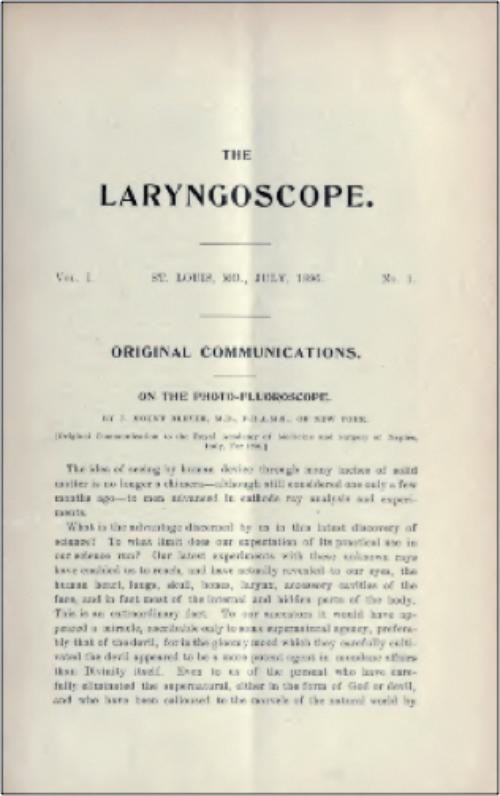 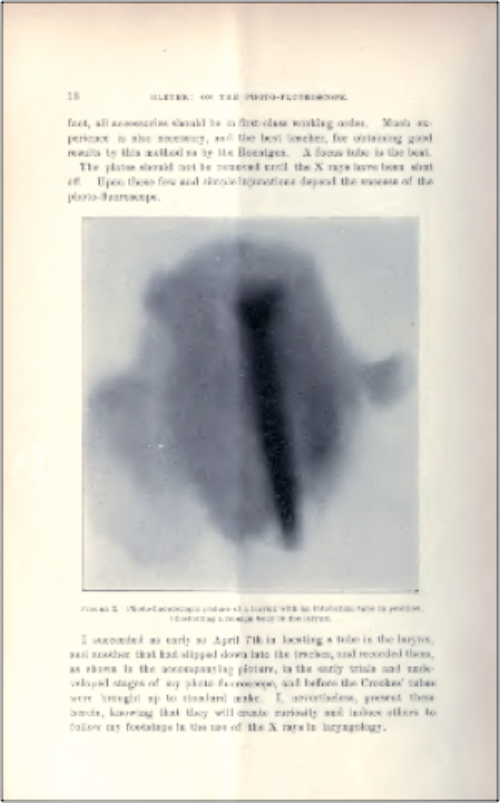 Figure 2: In 1896 the first edition of The Laryngoscope included an article,
‘On the Photo-Fluoroscope’ by J Mount-Bleyer with photos of X-rays of the larynx.

In 1896 the first edition of the journal The Laryngoscope included an article, ‘On the Photo-Fluoroscope’ by J Mount-Bleyer with photos of X-rays of the larynx (Figure 2). In 1897 in Berlin an article by M Scheier was published which recognised the value of the X-ray in the study of patients with pathology in the sinus. Eugene W Caldwell of New York wrote the first book about diagnosis and therapeutics with X-rays in 1903 and described the famous occipito-frontal incidence of the sinus known as Caldwell Incidence. The temporal bone, due to its complex structure and despite the urgent need to have the means for diagnosing its pathologies, such as cholesteatoma, was only X-rayed in 1905, when Arthur Schüller (1874-1957) of Vienna described the lateral projection of the mastoid.

The first photographic reproductions of the tympanic membrane appear in a book by Nikolaus Rüdinger (1832-1896) a German anatomist born in Bingen am Rhein, Atlas des Menschlichen Gehororganes, published in 1866. An American version of this atlas was published in 1874 by Black with the title Atlas of the Osseous Anatomy of the Human Ear. 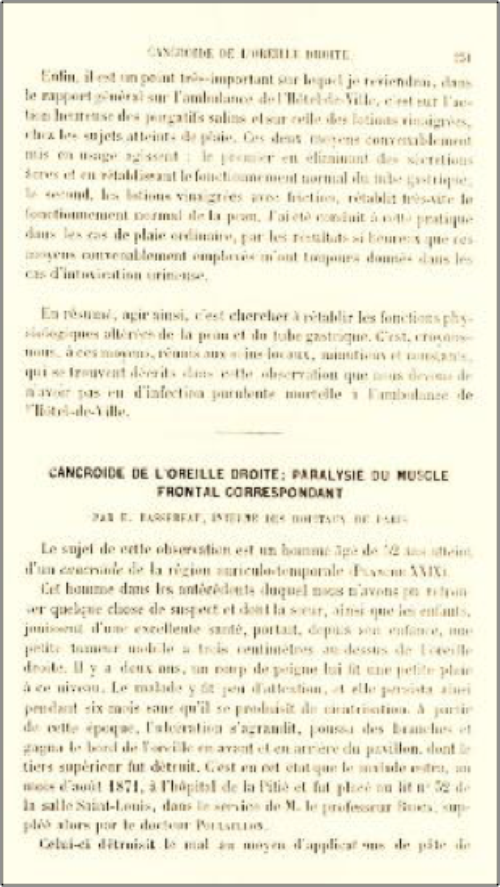 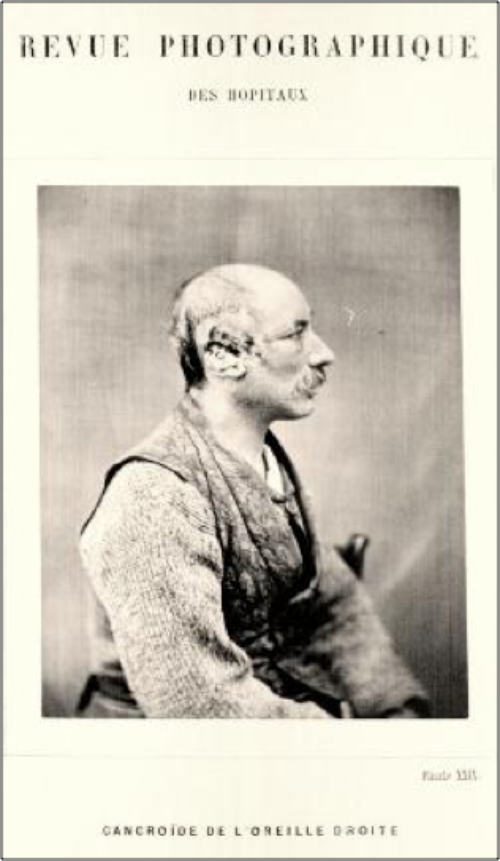 In 1873 ST Stein from Frankfurt published in the journal Archiv für Ohrenheilkunde an article describing a technique for the reproduction in vivo of a tympanic membrane and showed the apparatus used (Figure 4). 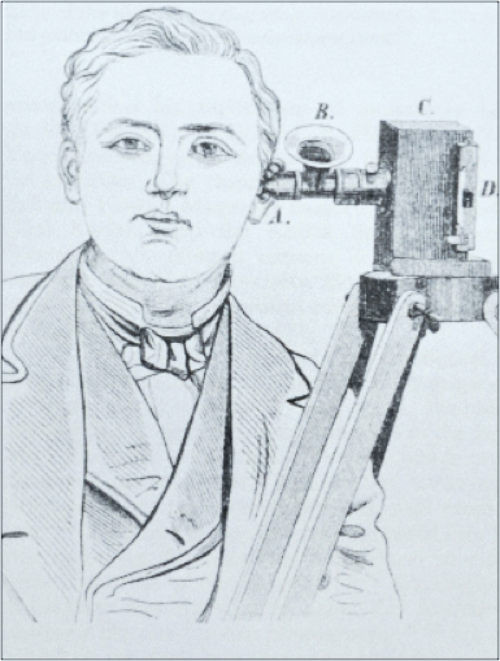 Figure 4: This illustration accompanied the text by Stein
published in 1873 in Archiv für Ohrenheilkunde.

In 1887 Alex Randall and Henry Lee Morse published the book, Photographic Illustrations of the Anatomy of the Human Ear, together with Pathologic Conditions of the Drum Membrane, with a portfolio of 25 albumin photographs mounted on boards (Figure 5). 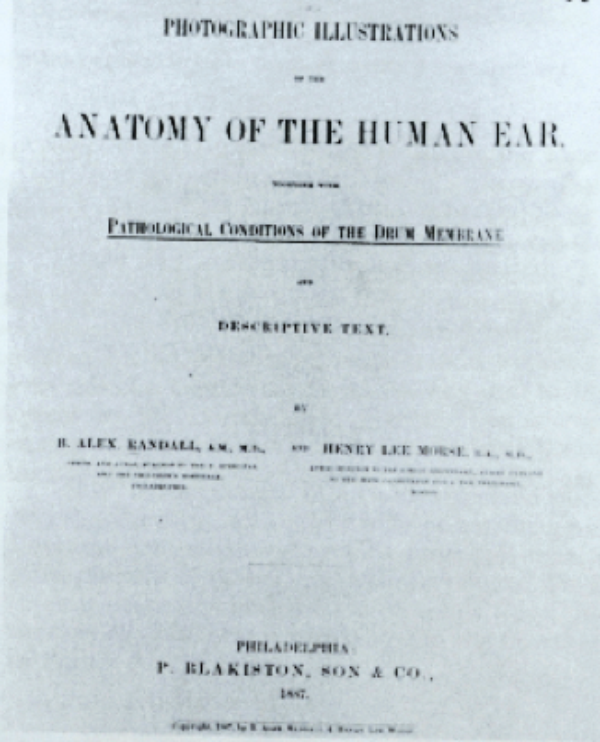 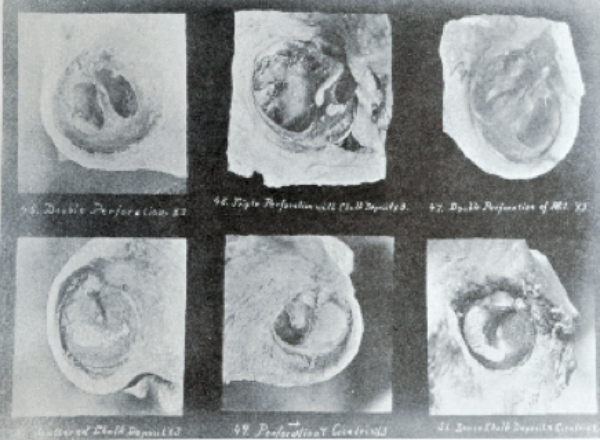 Figure 5: In 1887 Alex Randall and Henry Lee Morse published the book, Photographic Illustrations
of the Anatomy of the Human Ear, together with Pathologic Conditions of the Drum Membrane.

In his book, A Text Book of the Diseases of the Ear published in 1893, Joseph Gruber (1827-1900) published a photograph of a patient with a cavity in the mastoid (Figure 6). The translator Edward Law referred to having seen this patient in 1888 in the external consultation in Vienna and asked Professor Gruber to send him some photographs of the patient to publish in the English edition. 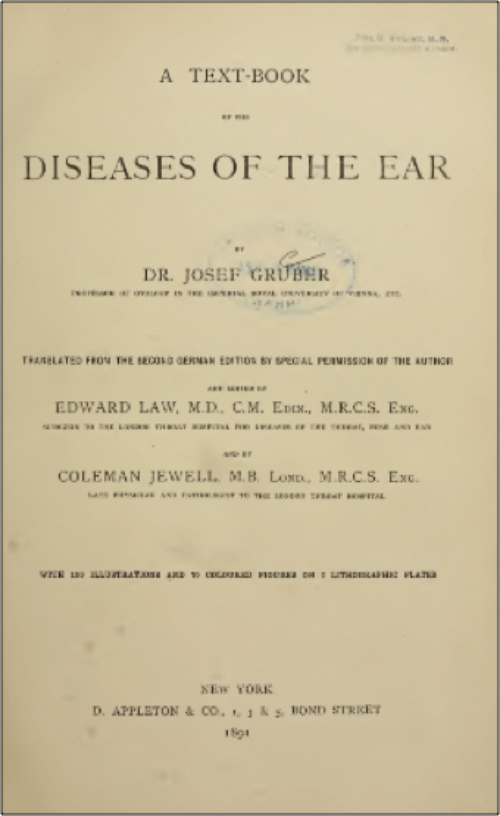 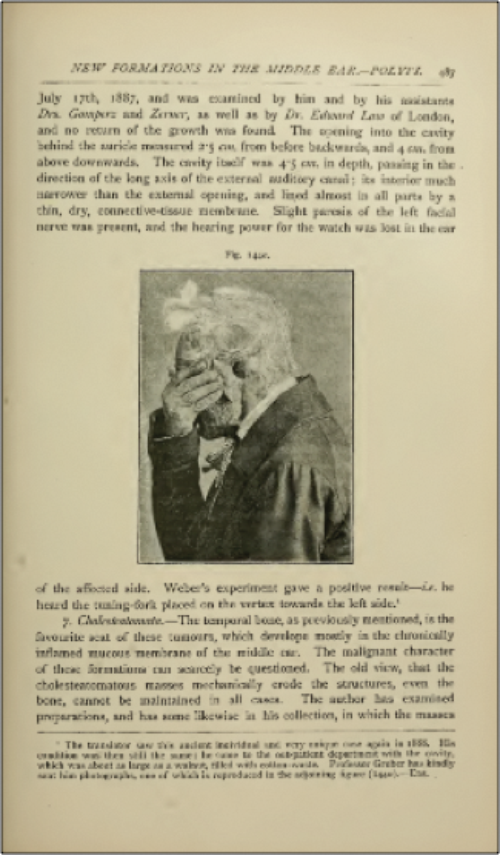 Figure 6: In A Text Book of the Diseases of the Ear published in 1893, Joseph Gruber (1827-1900)
published a photograph of a patient with a cavity in the mastoid.

Photography and the larynx

In 1861, the French newspaper La Science Pour Tous published a story about the physician MJ Czermák (the first physician to perform a laryngoscopy with artificial light in 1857), who had conceived the idea of applying photography to laryngoscopy. Working with well-known photographer Mr Lackerbauer, they placed a camera near a mirror in the place where the observer’s eyes usually lay, so that the images transmitted by the mirror focussed in on a collodion plate. Czermák wrote, “Although we haven’t managed to get a complete picture of the larynx we obtained images from the glottis, the vocal cords and the Morgagni ventricle, so there is no doubt that it is possible to obtain photographic images with laryngoscopy.” He referred to having also obtained relief images by the method of stereoscopy. In 1861 he presented this evidence at the Paris Académie des Sciences (Figure 7). 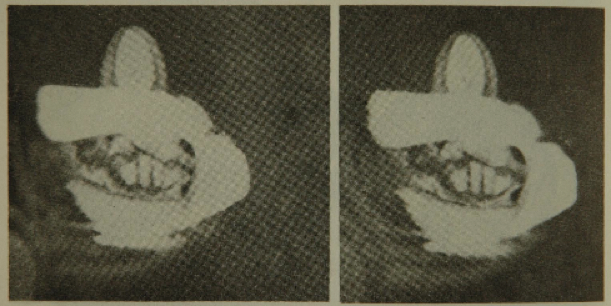 In 1876 William Pugin Thornton published On Tracheotomy, especially in Relation to Diseases of the Larynx and Trachea, where he presented three carbon prints of post-mortem specimens. The three photographs illustrated syphilitic cicatricial narrowing of the trachea, a portion of a tracheotomy tube lodged in the left bronchus and the cicatricial union of mucous membrane at the junction of the larynx and trachea following incision of the throat (Figure 8). The study of vocal fold movement was further aided by the introduction of stroboscopy in 1878 by Max Joseph Oertel (1835-1897). 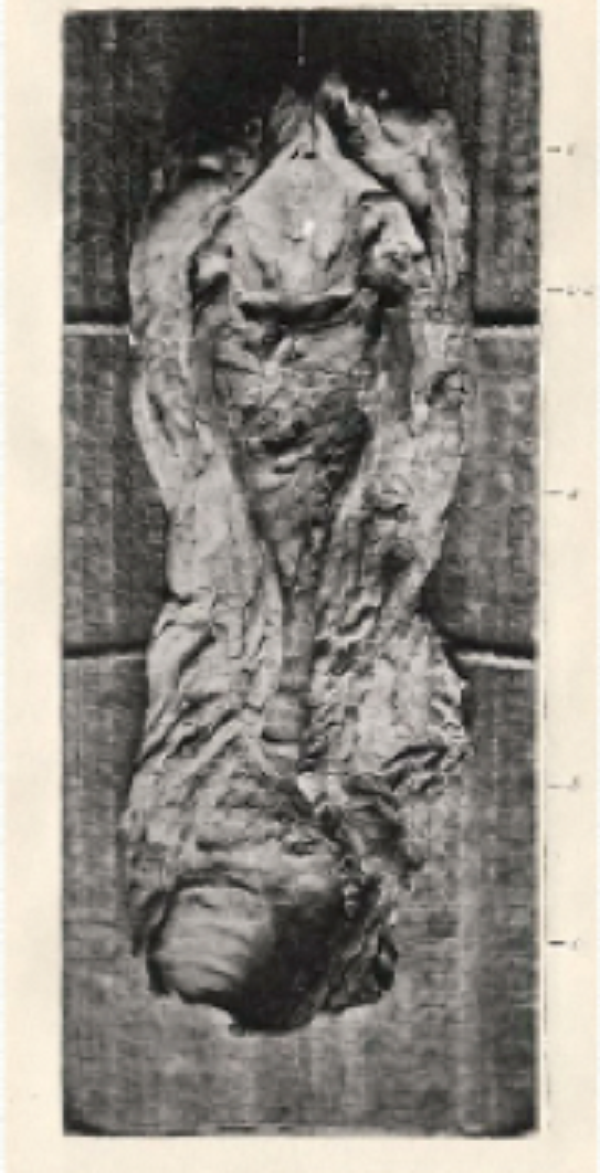 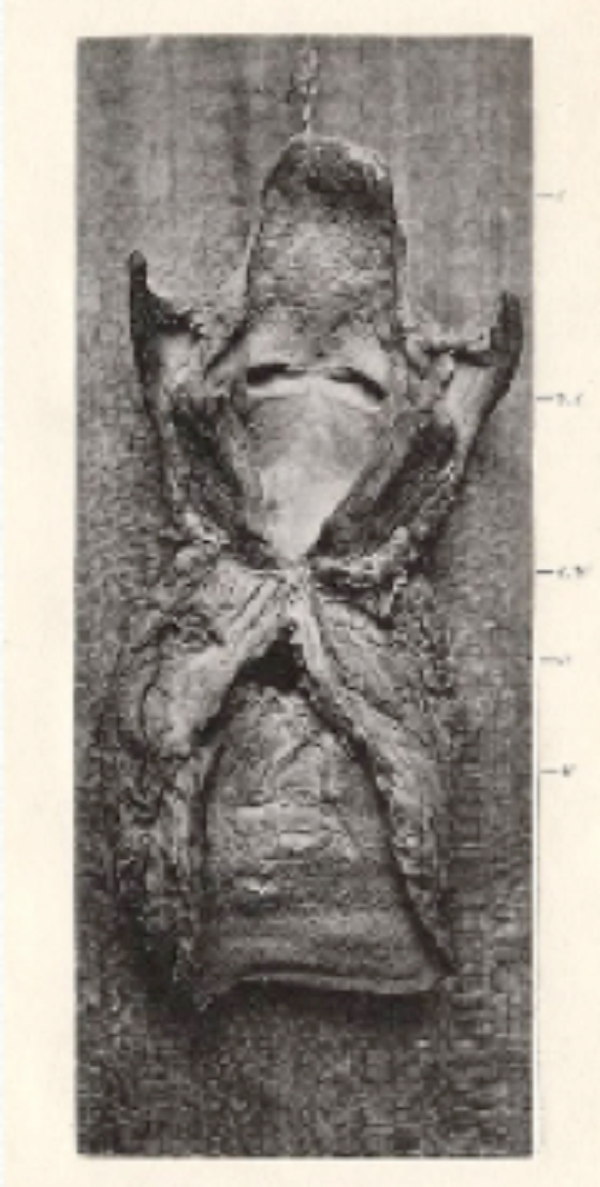 Figure 8: On Tracheotomy, Especially in Relation to Diseases of the Larynx and Trachea,
where William Thornton presented three carbon prints of post-mortem specimens.

The first entirely successful still pictures of the larynx were taken in 1882 by Thomas Rushmore French (1849-1929) of Brooklyn, and these photographs considerably enhanced the understanding of voice production.

In 1884 the laryngologist Lennox Browne (1841-1902) and the voice trainer Emil Behnke published A Practical Guide for Singers and Speakers from the Combined View of Vocal Surgeon and Voice-Trainer. In this book, the use of laryngoscopy is recommended and they illustrate their descriptions with photographs taken directly from the laryngeal mirror. They also present photographs from the inside of the mouth, showing positions of the soft palate during some singing notes. In 1890 Lennox Browne published The Throat and Nose and their Diseases with a chapter entitled Photo-Laryngoscopy that mentioned Czermák and refers to his own process for photographing the larynx (Figure 9). He explains how he tried to take photographs with Stein equipment without success, so he modified his own equipment. 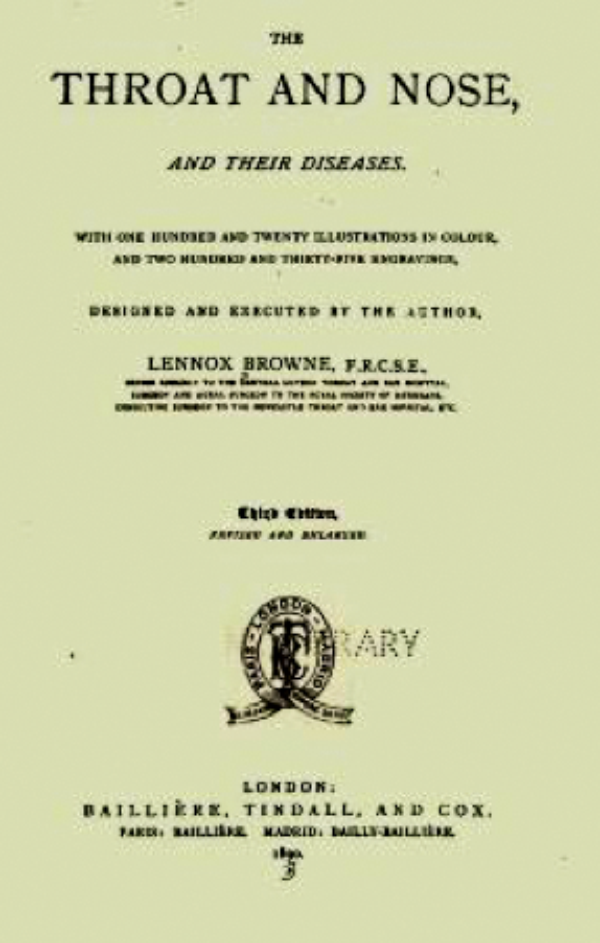 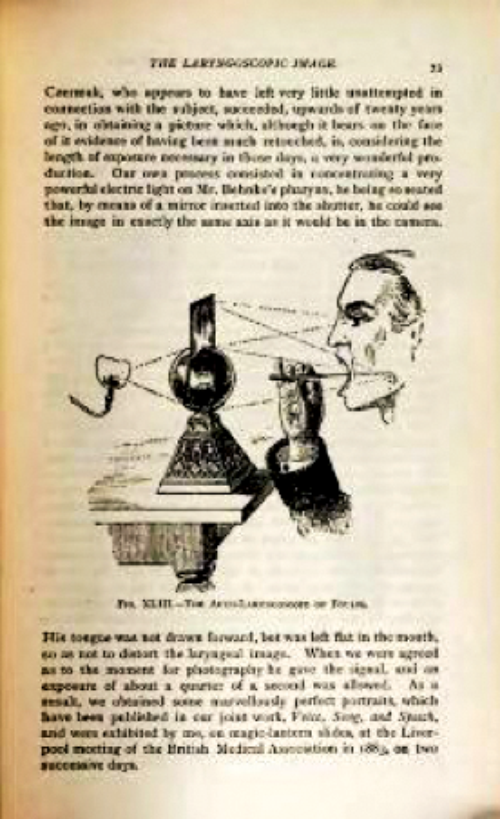 Figure 9: Photo-Laryngoscopy chapter in The Throat and Nose and their Diseases by Lennox Browne, 1890.

Eye, Ear, Throat and Nose Diseases for the Student and Practitioners by Arthur G Hobbs from Atlanta was published in 1886 and was illustrated with woodcuts and photographs. Figures II and III in the book showed an otoscopy examination and a laryngoscopy and posterior rhinoscopy examination (Figure 10). 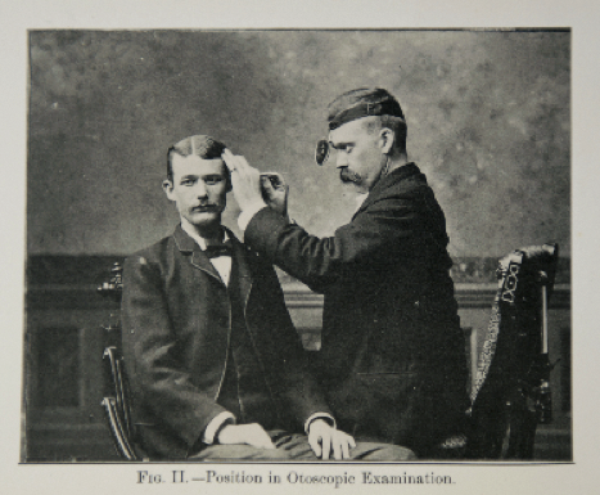 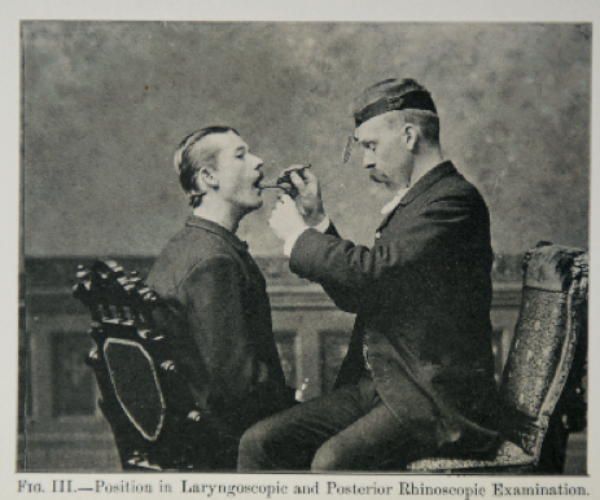 Figure 10: Images from Eye, Ear, Throat and Nose Diseases for the Student
and Practitioners by Arthur G Hobbs, published in 1886.

Today we couldn’t imagine rhinology without the advent of images, both radiological and endoscopical in real time, but in the mid 19th Century having images of rhinology was a rarity. The first images reported were in a book by Charles Hewitt Moore (1821-1870) of London’s Middlesex Hospital, Rodent Cancer: with Photographs and other Ilustrations of its Nature and Treatment, which included five photographs by C Heisch presenting the classic description of basal cell carcinoma (Figure 11). Towards the end of the 19th Century, in an 1870 edition of the bi-monthly Photographic Review of Medicine and Surgery, edited by FF Maury and LA Durhring, we find an image of a horny tumour described by Pancoast (Figure 12). 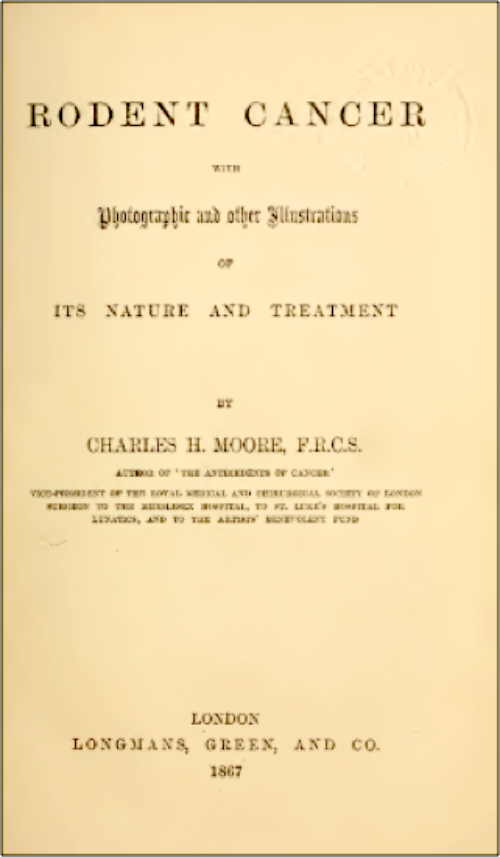 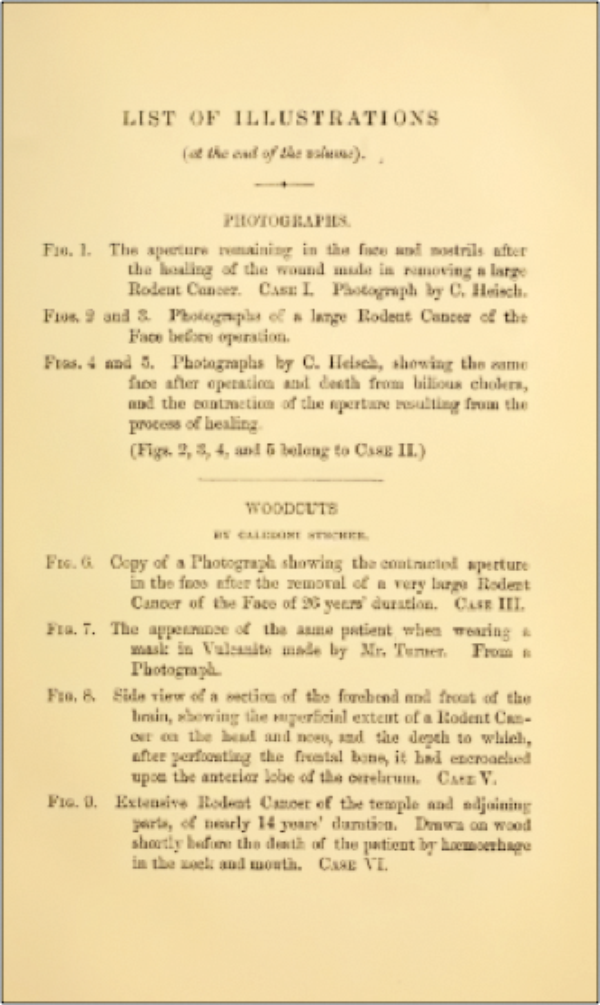 Figure 11: Rodent Cancer with Photographs and other Illustrations of its Nature and Treatment. 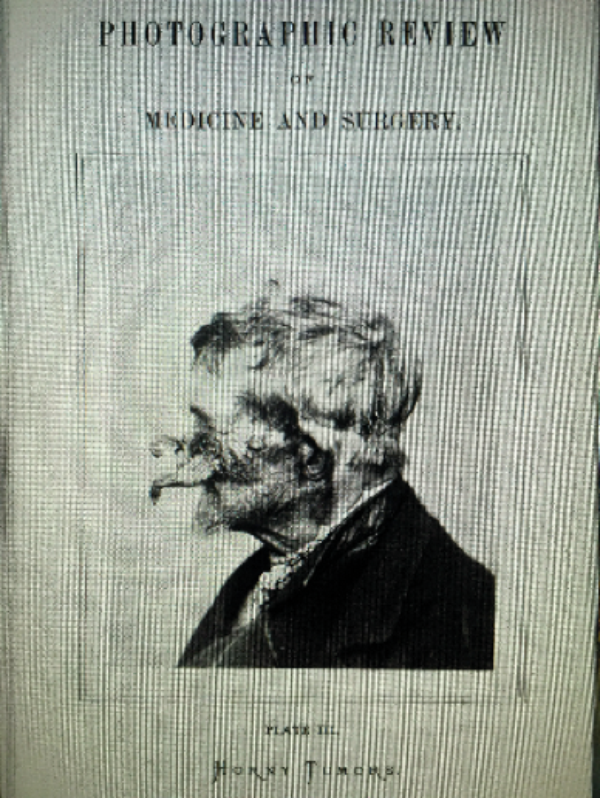 Today photography has spread in such a way, that it seems it has always existed, but its appearance has been slow and progressive. Doctors were amongst the first photographers and they tried to divulge this new method, that brought so much progress to the study of diseases. Otorhinolaryngology is no exception, and in this article we hope to have described the first steps and the first images in this medical specialty. 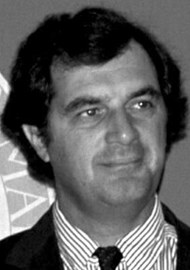