IEM – no noise is good noise!
By Deke Frickey

Whether you’re an active musician or a music-loving commuter, noise exposure via music is a very real concern. Musician, sound engineer and Puretone Sales Manager, Deke Frickey, looks at where the dangers lie and the best ways to overcome them.

It’s a scene from many a music-loving teenager’s dreams. You’re on-stage, maybe at Wembley Stadium or somewhere equally prestigious, with a full band behind you, performing your latest million-selling single to a screaming full capacity crowd. The multi-kilowatt PA system is delivering your emotion-drenched, finely-tuned vocals to the far reaches of the venue, while cigarette lighters (or more likely smartphones these days) are held aloft, swaying in time with the music.

It’s a romantic picture, but in reality a situation like this would bring many challenges, not least with regard to sound management and noise exposure. 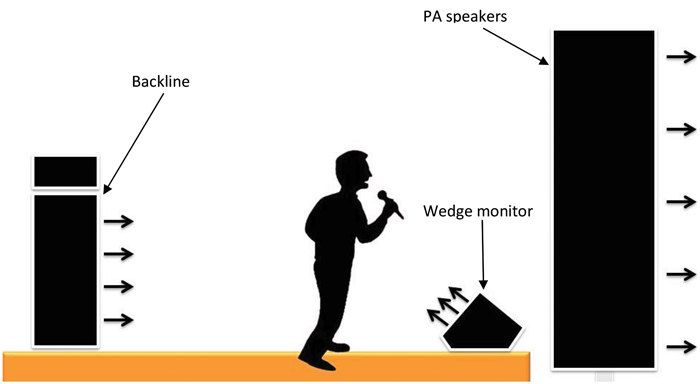 Firstly, the backline (individual amplifiers at the back of the stage for the electric instruments such as guitars, basses and keyboards) is pointing forwards towards the audience, and therefore towards you. Secondly, the PA system speakers - the ones that look after amplifying your voice - are also facing forward, but away from you as they are at the front. These issues, coupled with that 50,000+ capacity crowd all screaming your name in unison, mean you will seriously struggle to even hear your performance, let alone keep it in tune. And it’s all loud. VERY loud.

“How do we solve this problem? How can we reduce the ambient noise levels that musicians are exposed to without hampering their performance or disappointing the audience?”

Historically, this problem has been partially overcome using floor-standing wedge monitors. As the name suggests, these are wedge-shaped speaker enclosures that sit on the floor at the front of the stage and face back towards the performers, allowing them to hear what’s going ‘out front’. While these solve the problem of monitoring one’s own performance, the extra sound they deliver adds to the already potentially dangerous sound pressure levels (SPLs) at stage level. 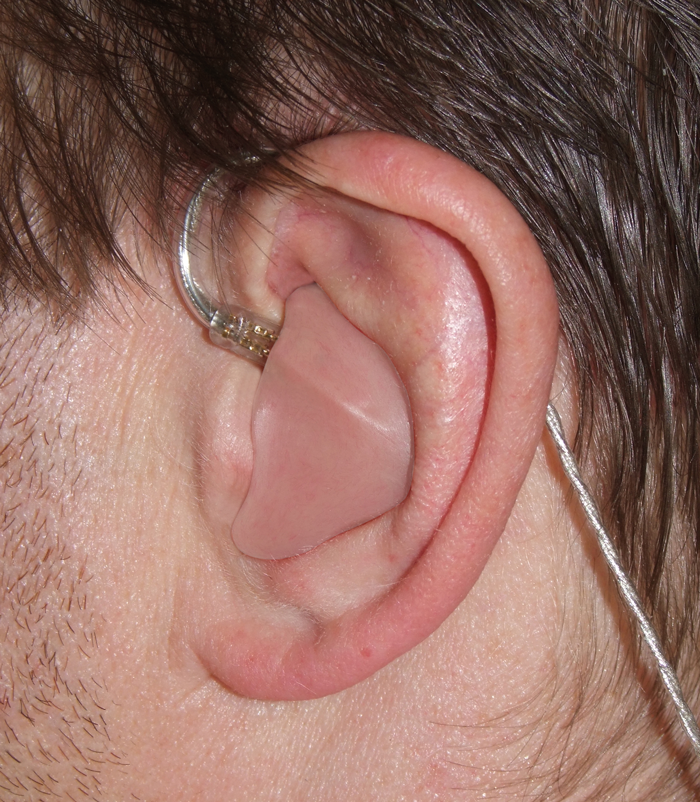 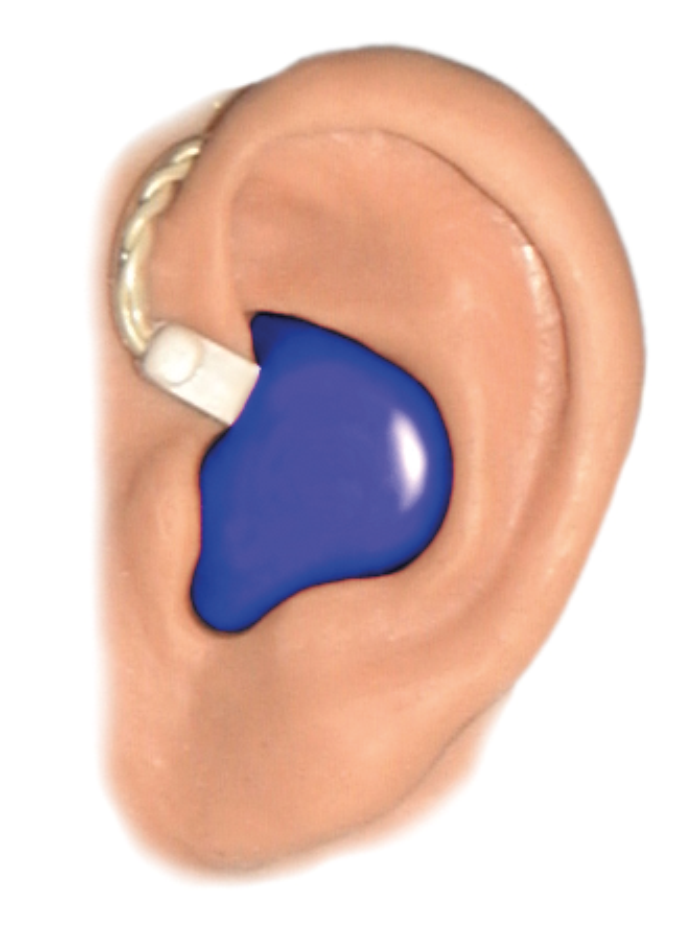 No longer confined to skin tones, IEMs are regularly made in a variety of colours.

So how do we solve this problem? How can we reduce the ambient noise levels that musicians are exposed to without hampering their performance or disappointing the audience? The answer lies in in-ear monitoring, or IEM for short.

The concept is a fairly simple one; rather than feeding a monitor mix to a free-standing wedge monitor, the feed is instead delivered to a radio transmitter. This transmitter broadcasts to a small battery-operated receiver mounted on the singer’s belt, into which are plugged a pair of custom-made, high-fidelity earpieces. This set up provides two distinct benefits over a more traditional, free-field monitor. Firstly, as the earpieces are almost always full-shell devices, they provide a substantial reduction of the ambient stage noise - a well-fitting pair of IEMs may offer as much as 30+dB attenuation. Secondly, as the mix is being fed directly into the user’s ears, it can be set at a considerably lower level than traditional wedge monitors. These two benefits mean the performer is at a greatly reduced risk of exposure to high levels of noise.

In-ear monitoring is not a new approach, and in the last 20+ years there have been many changes, both technically and visually. For instance, early IEMs tended to be skin coloured in an attempt to hide them, however IEMs are now regarded by many performers as a fashion accessory and are often produced in bright colours, sometimes to match stage wear or jewellery.

As the adoption of the new technology took hold during the 1990s, Puretone found themselves providing IEM earpieces for an ever-widening range of performers and musicians, including Kylie Minogue, Madonna, Take That and many others, and while IEMs are predominantly used by rock and pop musicians performing live, a similar device - the inductive receiver earpiece - can also been found within the performing arts.

“Many people who listen to personal music players are now turning to high-fidelity custom-made earpieces in order to enhance their listening experience and protect their hearing.”

In a similar way to the T position in a hearing aid, an inductive receiver (IR) will pick up the broadcast from an induction loop, and IRs have been used to great effect in the movie industry. During the filming of the dance sequences in the feature film version of Mamma Mia! the dancers were all equipped with Puretone IRs while the music was delivered via a fixed loop system. This allowed the sound stage to be free from loud noise so the director was able to clearly communicate with the dancers, cameramen and other crew. 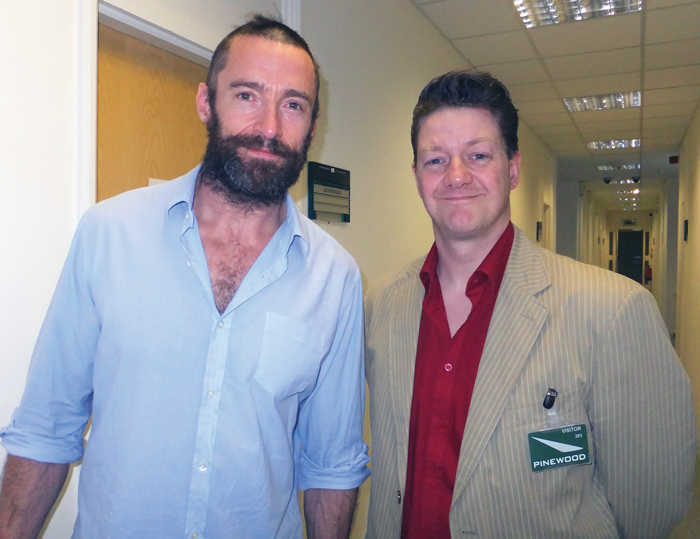 Deke with Hugh Jackman at Pinewood Studios for the filming of Les Misérables. 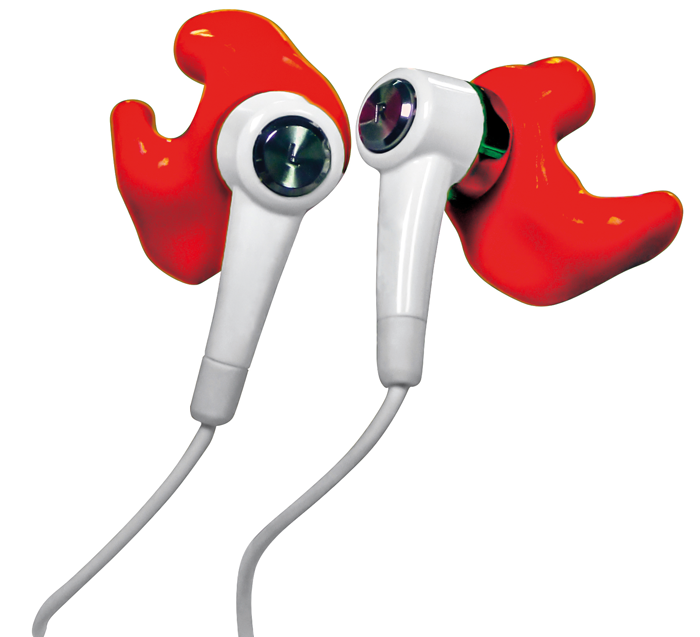 Custom-made sleeves can be added to off-the-shelf earpieces
to enhance sound quality and improve noise attenuation.

During the filming of Les Misérables both IEM and IR technologies came together for a groundbreaking new way to film a musical. When filming a musical it is common practice for the score and vocal performances to be pre-recorded and then mimed to during filming. Director Tom Hooper felt this approach would inhibit the actors and much of the spontaneity of the live stage show would be lost, so it was decided that the scenes would all be shot with the actors’ singing performances being recorded as part of the dialogue, while off-camera a live pianist played the score ‘silently’ via a combination of IEMs and IRs. The resultant footage then had the music scored to match the actors rather than the actors following the pre-recorded score. Sound recordists Andy Nelson, Mark Paterson, and Simon Hayes received an Oscar for this production.

And IEMs are not just for the rich and famous. People who listen to personal music players on a regular basis, such as commuters and gym-goers, are constantly exposing their ears to potentially damaging noise levels, and many are now turning to high-fidelity custom-made earpieces in order to enhance their listening experience and protect their hearing. For the budget-conscious it is even possible to convert universal fit ear buds with custom-made sleeves, so now there is no excuse for anyone to damage their hearing with music again!

Puretone Sales Manager Deke Frickey has been playing live music for over 30 years. In addition to his stage work he also has over 20 years’ experience as a sound engineer, in both the studio environment and live sound reinforcement. 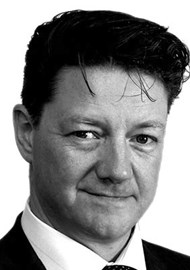