Medical and surgical management of performing vocalists
BY Steven Zettels

Dr Steven Zeitels is widely recognised as the foremost laryngologist of his generation. He has been at the forefront of innovation for 25 years, and has treated innumerable high-profile singers, most recently Sam Smith and Adele. Here, he gives us some of his pearls of experience gleaned over the years.

“I have no pretension to speak with authority as a musician or even a physiologist and in the following pages I do not profess either to teach singing or elocution, or to throw new light on the obscurer problems of voice production. Matters belonging to either of these provinces are dealt with only in their relation to the well-being and functional efficiency of the vocal organs. That is a subject which I may with less presumption claim a hearing. For a quarter of a century, I have been engaged in ministering to diseased throats… I have thus had very unusual opportunities of studying the conditions which affect the voice for good or for evil, and my own observation has been assisted and supplemented by the personal experience of vocalists of world-wide celebrity… I wish it, however, to be clearly understood that my point of view is throughout that of a practical physician.”

Remarkably, I had just completed a quarter century of caring for vocalists when Dr Costello invited me to write this piece reviewing my experiences and observations. The quote above, which was extracted from the preface of Mackenzie’s classic text, The Hygiene of the Vocal Organs, reflects my perspective and has guided my philosophy in caring for vocalists.

His text also served as a personal inspiration for designing innovative phonomicrosurgical procedures to enhance singers’ voices. I will focus on surgical issues herein, given the space limitations of this review, and the controversies associated with microsurgery in vocalists.

“It became clear to me that there was a regrettable paradox in managing laryngeal disease / disorders that exists even today in many institutions and regions of the world.”

Mackenzie’s academic engagement of the renowned opera maestro Manuel Garcia, portrayed the inextricable linkage between performing vocalists and laryngologists since the origin of the specialty in Europe in the late 1850s. Garcia’s presentation, ‘Observations on the Human Voice’ [2], to the Royal Society of London catalysed the formal initiation of the field of laryngology [3]. Today, many laryngeal surgeons continue this tradition of integrating medical and surgical management with those skilled in vocal arts, voice science and voice therapy.

When I began in earnest as a vocal surgeon in 1991, I had completed a head and neck surgical oncology fellowship and the majority of my work was focused on neoplastic diseases of the larynx, not unlike Mackenzie [4]. I immediately realised that in Boston, there was a large performing vocalist population of teachers and students at a number of conservatories and music schools as well as an active music culture in most genres. Remarkably, these singers received limited attention from the otolaryngology community. I viewed this as an opportunity and spent a great deal of time with them. I would teach them vocal anatomy and physiology formally and informally, and they would teach me about the art and craft of singing.

From these early experiences, it became clear to me that there was a regrettable paradox in managing laryngeal disease / disorders that exists even today in many institutions and regions of the world. While there was detailed and algorithmic disciplined treatment of vocal cord cancer, there was erratic disparate management of vocalists that was highly dependent on inhaled potions, as well as ingesting and injecting varied substances, such as vitamins, adrenergic agents and steroids. Consequently, vocalists were often cared for with great nuance but not typically managed by strategies that had been analysed scientifically or peer reviewed in the academic literature. It became clear that singers were vocal athletes who would be best served by a vigorous level of detailed vigilance. Conversely, vocal cord cancer patients would benefit from the nuance involved in the management of vocalists, which required deeper understanding of vocal physiology than was routinely provided in residency training. For this reason, I initiated a post-residency laryngeal surgery fellowship in 1996 with advice from the renowned Head and Neck Surgeon, Jatin Shah.

“Diminished suppleness and mucosal pliability is not unique to Dame Julie and is almost always the occurrence for vocalists whose phonomicrosurgery negatively impacts their voice.”

This integration of skill sets delineating innovative care of singers and glottic cancer patients through the 1990s culminated in a 2001 supplement to the Annals of Otology, Rhinology and Laryngology, which introduced a range of new concepts supported by scientific data [5,6]. Remarkably, the manuscript on phonomicrosurgical management of vocalists was the first large-scale study that provided substantial acoustic and aerodynamic data and provided surgeons with detailed images to understand the nuance required for successful phonomicrosurgical technique.

Of paramount importance was the understanding that vocal nodules [5,7], polyps [5,8,9], ectasias and varices [5,10,11] were subepithelial phonotraumatic lesions that should be treated by subepithelial resection similar to less commonly encountered intracordal cysts [12,13]. The subepithelial microflap approach with maximal preservation of normal superficial lamina propria was greatly facilitated by infusion of saline and adrenaline in the superficial lamina propria [3,14,15]. Since subepithelial resections require a higher level of technical skill, it has been adopted deliberately and steadily over the past 15 years.

Despite the surgical advances that had been achieved in the late 1990s, the looming case that attracted worldwide attention, leading to great fear in both patients and laryngologists, was that of Dame Julie Andrews. She had routine lesions that required a subepithelial resection. However, the normal superficial lamina propria, underlying the lesions as well as the overlying epithelium, were removed, leading to severe vocal deterioration. This incorrect surgical approach resulted in diminished pliability of the phonatory mucosa and the resulting voice loss. 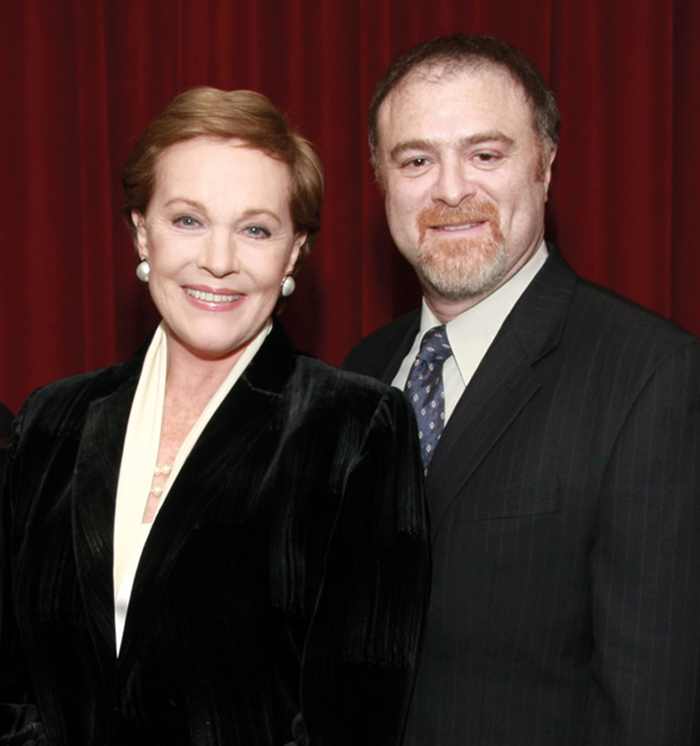 Diminished suppleness and mucosal pliability is not unique to Dame Julie and is almost always the occurrence for vocalists whose phonomicrosurgery negatively impacts their voice. I performed a subepithelial resection of the scar, which improved her voice; however, there is not yet a superficial lamina substitute that can fully restore her voice [16,17].

Another key innovation for managing bleeding in singers was achieved when we introduced angiolytic lasers for the treatment of ectasias and varices over a decade ago [18]. Prior to that, it was technically very difficult to remove microcirculatory angiomata with fine needles and picks without injuring the underlying superficial lamina propria.

I worked closely with Rox Anderson [19,20], who created the concept of photothermolysis to treat port-wine stains in children. The 585nm (yellow light) pulsed-dye laser and the 532nm (green light) pulsed KTP laser were well suited to treat varices and ectasias in vocalists. The KTP laser has proven to be much more reliable and precise [21]. I had gained substantial experience with selective photothermolysis treatment of glottic dysplasia and RRP in the late 1990s, which paved the way for creating office-based laryngeal laser surgery in 2001 [22,23] and a new style of vocal cord cancer treatment [24,25]. Inevitably, the crossover of treating epithelial neoplasia led to a very effective new treatment for treating vocal haemorrhage in singers, which had been greatly needed [18].

Pulsed angiolytic KTP laser treatment of vascular lesions in singers received wide attention when the Wall Street Journal covered the academic release of this work, and subsequently, when Steven Tyler allowed videos of his microsurgery to be incorporated in a National Geographic Channel documentary, ‘The Incredible Human Machine’. With proper training, microlaryngoscopic KTP laser photoangiolysis of varices and ectasias is safe and has been used successfully on a range of vocalists including Lionel Richie, Keith Urban, Sam Smith and Adele. 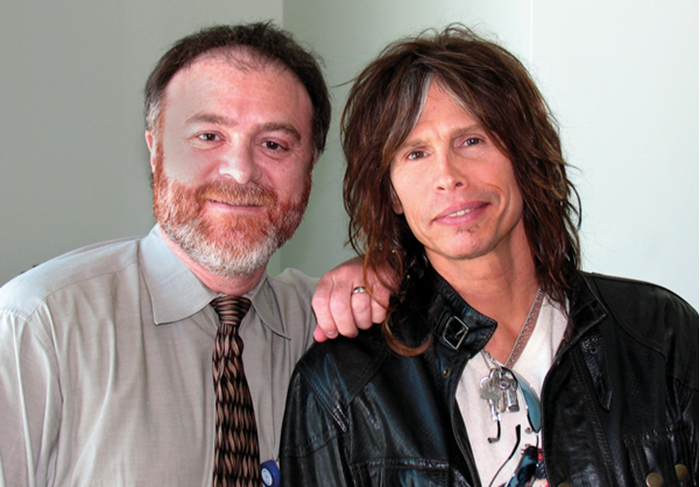 I estimate that I have performed over 1500 office-based laryngeal laser procedures since 2001 and I would strongly discourage the use of office-based methods in the treatment of phonotraumatic lesions in vocalists. One of the largest financial legal settlements in laryngeal surgery in our state occurred because of injudicious use of an angiolytic laser in the office for this purpose. Although it is technically easy to photocoagulate a polyp or other vascular lesion in the office, the method is not precise:

“Despite the fact that I performed successful voice surgery in a substantial number of singers from 2000-2010, phonomicrosurgery was still widely considered to be very risky.”

I am very concerned about the potential impact of injudicious procedures being used on vocalists, as mentioned above. It took over a decade to dispel the public view that voice surgery was dangerous after Julie Andrews’ voice was lost as a result of a poorly executed procedure. Despite the fact that I performed successful voice surgery in a substantial number of singers from 2000-2010, phonomicrosurgery was still widely considered to be very risky. However, the broad international attention on Adele’s voice restoration surgery not only solved her dysphonia and bleeding problem but it also recalibrated the general world view of the safety of these interventions. In fact, many vocalists who had been performing in an injured state, and who should have sought surgical care years ago, are now seeking phonomicrosurgery. This has been amplified by the fact that touring has become increasingly important to a successful financial roadmap.

It is my hope that this brief review of key personal experiences from the past 25 years of treating performing vocalists provides value to those of you who manage singers or aspire to do so. I have delineated a list of surgical considerations for performing phonomicrosurgery in singers and I hope that you will utilise this as foresight since this knowledge was acquired through painstaking hindsight [26].

Considerations for performing phonomicrosurgery in singers:

This work was supported in part by the Voice Health Institute, the National Philanthropic Trust, the Eugene B Casey Foundation. 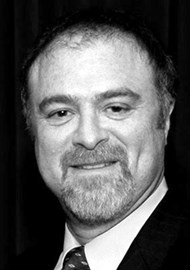