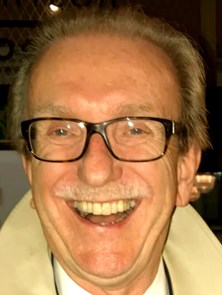 David Moffat, one of the leading Otologists of his generation, died on 18 March in Addenbrooke’s Hospital in Cambridge, the hospital to which he had devoted his professional life. Having survived cancer of the prostate, he succumbed to a second pulmonary primary. He was 72 years old.

David was born in Wales of Celtic stock. His mother was Welsh and his father Scottish. His family moved to London from Glasgow when he was nine years old and he went to school in Northwood. He studied medicine at the London Hospital, where he graduated MBBS in 1971, having been awarded a BSc in Biochemistry along the way. David developed his interest in otology and neurotology, as a registrar at the London Hospital, inspired by his mentor, Andrew Morrison, then Britain’s leading acoustic neuroma surgeon. 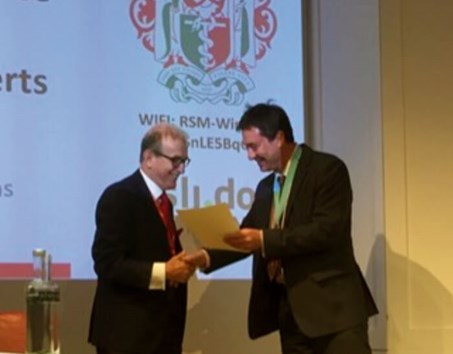 David Moffat receiving life membership of the Royal Society of Medicine from Gavin Morrison, President of the Section of Otology, 2018.

On completion of his training, he spent six months with Mansfield Smith in Palo Alto, and this was the start of a great affection for America, its medicine and an ever-increasing circle of friends in that country.

He was appointed to Addenbrooke’s in 1980 and set about creating one of the world’s finest centres for neuro-otology and skull base surgery. In collaboration with his neurosurgery colleagues, David Hardy and Robert Macfarlane he built up a large acoustic neuroma and skull base practice, with referrals from throughout the UK and abroad. He operated on 1800 skull base cases, of which about 1200 were acoustic neuromas. His survival figures for carcinoma of the petrous bone were the best recorded. 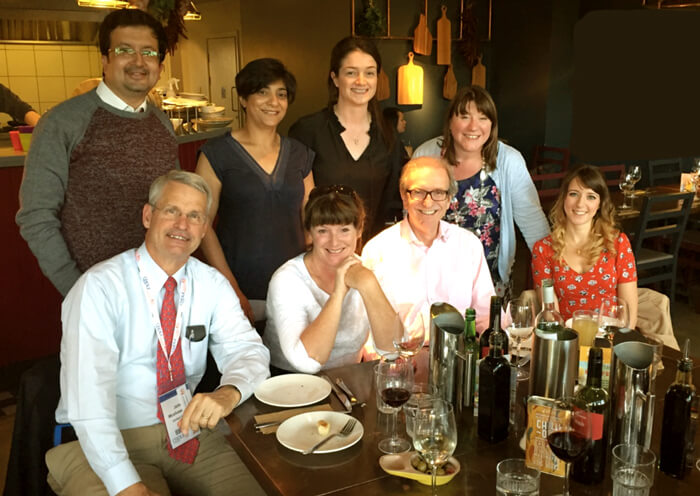 He had a lifelong interest in Ménière’s disease going back to electrophysiogical studies he performed as a registrar with Bill Gibson. He was also an accomplished middle ear surgeon and studied the evolution of cholesteatoma through the temporal bone.

He published widely in peer-reviewed literature, with some 250 papers and 30 chapters. He travelled extensively and was in great demand as a lecturer. His lectures were always beautifully prepared and illustrated, and before the days of Powerpoint, he was often to be seen staggering through airports weighed down by cases of carousels of slides. He taught on numerous ear surgery courses and was a founding member of the Combined Universities Course. He particularly enjoyed his annual trip to Nijmegen, not least because the University awarded him his PhD for his work on tumours of the lateral skull base. He was the recipient of many awards, of which the most prestigious was the House- Hitselberger Lifetime Achievement Award. 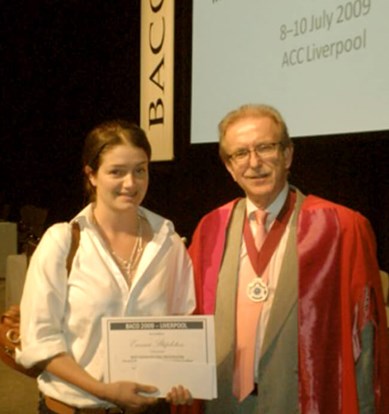 David served the specialty conscientiously. He was President of the Section of Otology at the RSM, Master of BACO, Member of the SAC, and Chairman of the Intercollegiate Faculty Board. He was awarded the IFOS Gold Medal for his contributions to otolaryngology.

These achievements say nothing about David the man. He was the most charming person, amusing, at times self-deprecatingly so, and he valued friendship above all. He was admired by the many fellows he trained and whom he regarded almost as an extension of his family. He was a compulsive skier and golfer, loved fast cars and good wine, but most of all he was a family man; his wife, Jane, his children, Simon, Claire and Mark, and his seven grandchildren, were the centre of his life.