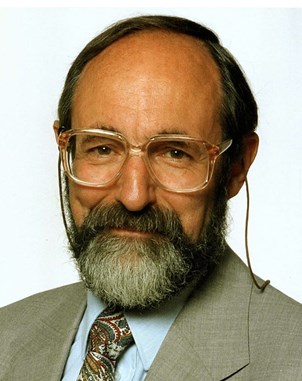 James Milner Robinson FRCS, formerly a consultant otologist to Gloucester and Cheltenham hospitals, died peacefully on 3 November 2021 at the age of 84 after several years of ill-health.

In keeping with his lifelong love of nature and care for the environment, he was interred in a woodland burial.

James was born into a medical family; his father had been a chest physician and died of TB when James was eight, a loss which was to influence James greatly. Educated alongside his younger brother on a scholarship at Epsom College, he did National Service as a physical training instructor before deciding to follow his brother into medicine. An indication of his determination was his attendance at a ‘crammer’ to do the necessary science A levels and he entered medical training in the footsteps of his grandfather, father and brother at St Bartholomew’s Hospital, qualifying in 1966. He decided early on a career in ENT surgery, encouraged by Mr Robin McNab Jones and Mr Alan Fuller. He moved to Bristol as senior registrar to complete his training and in 1975 was appointed to a consultant post in Cheltenham and Gloucester. He travelled widely in Europe and the USA to broaden his experience and before long took the then very unusual step of limiting his practice to ear surgery. He developed an outstanding expertise in the surgery of chronic middle ear disease; he published his results extensively and long-term in a precise and honest way, writing clearly and unambiguously. He was an invited speaker at many national and international conferences and courses; his high reputation as an ear surgeon was recognised by his being elected as president of the Section of Otology at the Royal Society of Medicine in 1995, a prestigious confirmation of his leading role in the specialty. He was one of the originators of the Combined Universities Advanced Otology Course, now in its 32nd year.

His talents and interests were wide. He was a youthful gymnast and later was an enthusiastic and skilful amateur racing driver with a Lotus Eleven, a serious racing car. He was passionate about the environment and the natural world. He had married Diana, a medical photographer, in 1965 and while living in their first house in Kent started a Foresters’ Group to manage and protect the local woodland. In retirement he and Diana moved to a small farm on the Black Hill in Herefordshire where he became an expert sheep farmer. He trained his sheepdogs himself to a high standard. Being James, he took courses in dry stone walling, hedge laying, green oak construction and the practicalities of sheep farming He re-roofed a medieval barn at the farm in stone. He was proud to be introduced to someone at the livestock market as ‘This is James, a sheep farmer’.

Their first home was a new build house in Kent but all subsequent properties were major restoration projects of old buildings to produce as eco-friendly a building as possible, and on the Black Hill farm he planted a small woodland of 4000 native trees, a fitting memorial.

Their final move from the farm was to a Colt house in the nearby village which he made into the ultimate eco-house with a beautiful garden.

Having dismissed in his younger days the idea of skiing, he became bitten around the age of 50 and learned fast. His agility and fitness had him skiing on and off piste with professional level racing skiers in a very short time and he was a natural teacher.

On his 80th birthday he took a flight in a Spitfire, including a Victory Roll over Beachy Head. 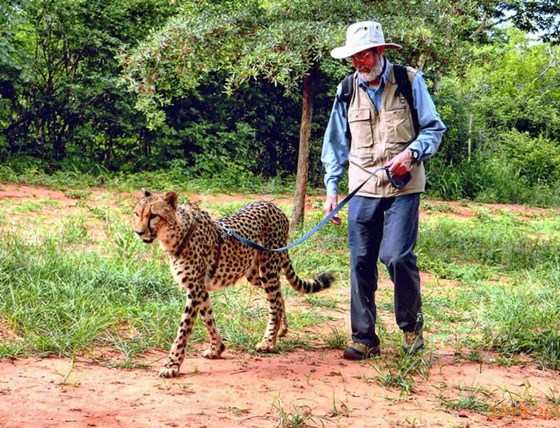 Following a visit to Africa, he had become very engaged in a research project on cheetahs in Namibia and did work on their skull morphology, analysing their ability to lock their jaws onto prey after a 60 mph chase and still be able to breathe. His findings were incorporated recently into a text book on the comparative anatomy of the cheetah. He returned each year to continue the work until his health started to fail.

He was a pioneer in otologic surgery, in natural history and in the environment. A consummate craftsman, he had a passion for gardens and wildlife and had an extensive and detailed knowledge of the natural world. Unconventional and of the highest integrity, he was quietly but determinedly influential in everything he did so expertly.