Ossicular reconstruction often yields disappointing results, even for the most experienced and skilled of otologists. John Dornhoffer and David Walker explain that the most important determinant of outcome is the patient’s middle ear environment, and offer some valuable words of wisdom on how meticulous clinical assessment can optimally prepare both surgeon and patient for subsequent surgical intervention.

Ossicular erosion is a well-known consequence of unmanaged chronic otitis media. Over the years, various strategies have been suggested on how to best reconstruct the damaged middle ear transformer. The earliest ossiculoplasty is credited to Matte, who proposed a relatively rudimentary surgical solution: couple the drum directly to the stapes superstructure [1].

Subsequent research remained focused on improving postoperative audiometric outcomes, with considerable attention paid to the properties of the prosthesis itself. The belief that a novel ossicular implant would result in improved audiometric outcomes was not altogether unreasonable. In the decades that followed Wullstein’s and Zöllner’s work, medicine experienced unprecedented advancements in technologic innovation. For the vast majority of surgical disciplines, this had enormous implications. Numerous surgical specialties saw improved patient outcomes, largely as a direct result of improved implant design. However, in the field of otology, newer generations of ossicular implants did not necessarily ensure improved audiometric gain.

“The ultimate audiometric outcome is determined, at least in part, long before the patient ever enters the operating room”

Today we know that, despite garnering significant attention within the field, the qualities of the modern prosthesis are of subordinate importance to the other reconstructive considerations [4]. In fact, the ultimate audiometric outcome is determined, at least in part, long before the patient ever enters the operating room. This process begins with a comprehensive clinical evaluation, including audiometric assessment of both ears, a thorough history, and comprehensive physical examination. Done well, this evaluation not only helps guide surgical planning, but also helps frame preoperative expectations for patient and surgeon alike.

Key points within the history include a timeline of the disease, previous surgical interventions, and smoking status, as well as the presence of chronic rhinitis or other sinonasal inflammatory process. The audiogram is then examined with a discerning eye. Pure tone averages should agree with speech recognition testing, and word recognition scores should be assessed in the setting of the sound level (SL) at which they are presented. Moreover, the results should be correlated with both Weber and Rinne tuning fork tests, especially when a masking dilemma is present. If the audiogram and tuning fork exam do not agree, surgery should not be performed until this discrepancy is reconciled.

Binocular otomicroscopy of both ears remains the cornerstone of the physical examination. Careful cleaning of the ear canal as well as the lateral surface of the tympanic membrane is often required to yield sufficient data. Key findings from the exam include, but are not limited to, the presence or absence of cholesteatoma; the depth, extent and location of retraction pockets; the presence or absence of active infection; the Sadé classification, and the location and size of any perforation. The information obtained upon microscopic exam should be correlated with the audiogram, which can often provide information regarding the status of the ossicular chain.

While numerous factors influence the final postoperative result, the most important determinant of long-term hearing outcomes is the environment of the middle ear. Unfortunately, this is also the most difficult concept for most otologists to grasp. For many ear surgeons, both experienced and novice, the realisation that surgery itself is not the most formative variable in ossiculoplasty outcomes is a surprising revelation. Nonetheless, the status and functionality of the Eustachian tube will impact surgical outcomes significantly.

There is no consensus on the optimal way to reliably assess its function. Albeit a non-physiologic test of tubal patency, auto-inflation using the Valsalva or Toyenbee maneuver is helpful. The clinical status of the contralateral ear can likewise provide insight into tubal maturity and function in the diseased ear. As part of the Eustachian tube evaluation, the nose should be examined so that allergy, adenoiditis, and rhinosinusitis can be treated in an effort to promote optimised tubal function.

“For many ear surgeons, both experienced and novice, the realisation that surgery itself is not the most formative variable in ossiculoplasty outcomes is a surprising revelation”

When completed properly, no one aspect of the preoperative assessment is viewed in isolation. On the contrary, data obtained in the history, physical exam, and audiometric evaluation should be viewed in concert, which ultimately helps formulate the operative plan.

Once the preoperative evaluation is complete, a few general rules should be applied to surgical candidacy. First, one should avoid elective surgery on an only-hearing ear as much as is reasonably possible. Second, when bilateral disease is present, surgery should be undertaken on the worse-hearing ear in the absence of any other compelling reason to do otherwise on account of underlying disease. Finally, special consideration should be given to the timing of surgery in the paediatric patient.

The aforementioned discussion should draw attention to the complexities of preoperative risk stratification in patients with chronic otitis media. However, it is not meant to suggest that the surgery itself is perfunctory. On the contrary, a certain level of technical dexterity and appropriate attention to detail is needed to achieve satisfactory ossiculoplasty outcomes. In addition, a firm understanding of normal anatomic relationships, as well as how those relationships are changed in the setting of a chronic inflammatory milieu, are paramount to achieving success in ossiculoplasty. 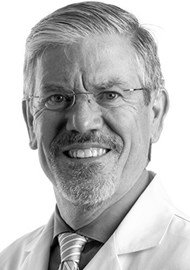 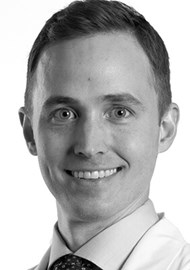