Although China was late to establish head and neck surgery in comparison to other areas of oncological surgery, with the persistent hard work of head and neck surgeons nationally, it has progressed significantly during the last two decades. Yueying Ma and Liangfa Liu discuss this development. 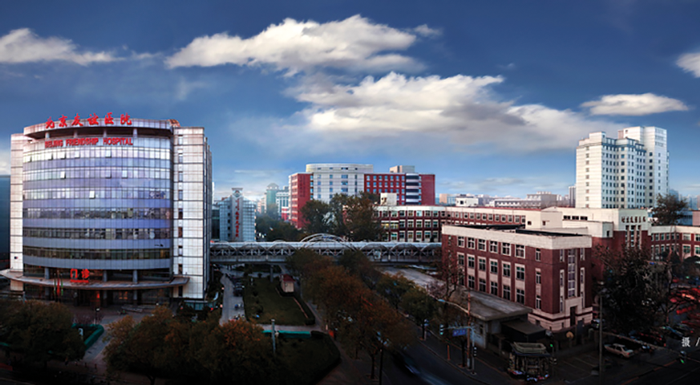 Based on the death survey data of 2008 from the Cancer Hospital of Chinese Academy of Medical Sciences (age-standardised incidence rates) head and neck cancer was in the top 20 cancers estimated in China in 2008 including: esophageal cancer (fourth in male and seventh in female); nasopharyngeal cancer (11th in male); laryngeal cancer (14th in male); and thyroid cancer (13th in female) [2]. Based on the data of the latest cancer statistics in 2015 from the same hospital, 477,900 new esophageal cancers and 90,000 new thyroid cancers were estimated in 2015 [3]. This shows that currently laryngeal, thyroid and esophageal malignancies are still the main focus of head and neck surgery.

“Like in the west, transoral laser microsurgery for early laryngeal cancer has been adopted widely at different head and neck centres in China.”

Radical surgery for head and neck cancer has often resulted in organ dysfunction, morbidity and disfigurement but with increasing economic prosperity, patients now aspire to better quality of life. The head and neck surgeons have to pay more attention to preservation of function and reconstruction of organs, along with radical resection. Surgery with laryngeal preservation and functional reconstruction is being practised for advanced laryngeal and hypopharyngeal carcinomas. Orbital preservation and function has to be taken into account in paranasal sinus cancer operations. Reconstruction of the maxilla and mandible with flaps and dental implants are widespread in maxillofacial oncological surgery.

Multi-centre studies have shown that open laryngeal surgery, laser microlaryngeal surgery and primary radiotherapy have similar survival rates for early glottic cancer in our country. Like in the west, transoral laser microsurgery for early laryngeal cancer has been adopted widely at different head and neck centres in China [4]. For T2 glottic laryngeal cancer, vertical partial laryngectomy could get about a 90% five-year postoperative survival rate and an 80-100% decannulation rate [5]. Supracricoid partial laryngectomy (with cricohyoidoepiglottopexy) could get an 88-90% five-year postoperative survival rate and a 98-100% decannulation rate [6]. Some laryngeal preservation surgery for advanced laryngeal cancers has also achieved good outcomes.

Radial forearm free flaps and free anterolateral thigh flaps have been used to repair supraglottic structures for laryngeal preservation after partial laryngectomy in patients with advanced hypopharyngeal carcinoma [7]. We have reported a number of cases in which repairs of non-circumferential defects were carried out with a submental island flap after hypopharyngeal carcinoma ablation, and got satisfactory results [8]. For early hypopharyngeal carcinoma, there are also some attempts of coblation applications [9].

In recent years, transoral robotic surgery is establishing itself internationally as a new tool in performing complex resections in head and neck surgery, and some hospitals in our country have also developed this new technology as an application in thyroid gland, oropharyngeal and hypopharyngeal surgery [10], and received satisfactory outcomes.

In rhinology, endoscopic sinus surgery has been applied for benign disease of the nasal cavity, paranasal sinuses and skull-base for nearly three decades in Europe and North America. In recent years, surgeons in our country have tried to use endoscopic sinus surgery in most paranasal benign tumours, including sinonasal inverted papillomas, nasopharyngeal angiofibroma, and even some localised intranasal and sinus carcinomas. Endoscopic skull base surgical resection and reconstruction has also developed over the last decade with excellent outcomes. In some large tertiary head and neck centres, image-guided systems are used in conjunction with endoscopic sinus surgery to recognise and preserve important structures, reduce complications, ensure good tumour excision margins, and improve total resection rate along with reduced postoperative morbidity [11].

Three-dimensional rapid prototyping is a new technique which has been used and developed in many medical fields and is especially popular in maxillofacial head and neck surgery, including operation planning, simulated operation and making individualised implant prosthesis. In China, Sun first attempted to reconstruct the maxilla and mandible with supplementary three-dimensional rapid prototyping, and has reported more than one hundred such procedures so far [12,13]. 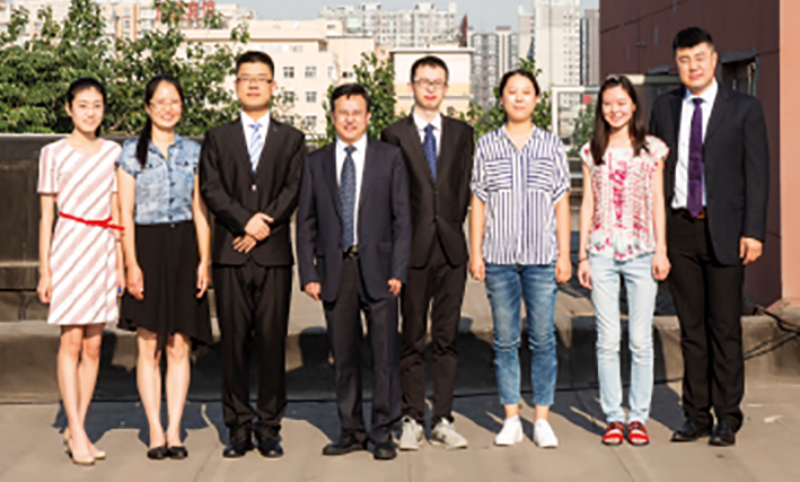 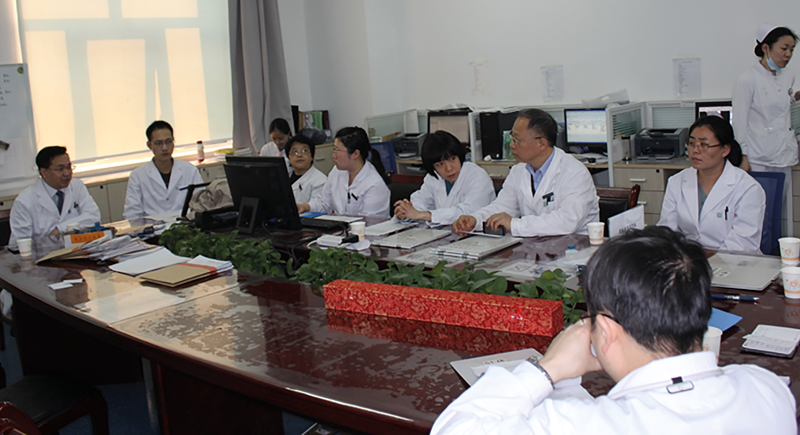 “In China, Sun first attempted to reconstruct the maxilla and mandible with supplementary three-dimensional rapid prototyping, and has reported more than one hundred such procedures so far.”

The history of radioactive seed implantation in treatment of cancer is more than 100 years in Europe and USA. Our scientists developed iodine seeds (model 6711) and applied them in clinical practice over the last two decades. The application and approach of radioactive seed implantation in head and neck surgery has also been applied selectively. In 2006, Zhang and colleagues treated 36 cases of oral and maxillofacial malignancy with CT-guided iodine, seed implantation and followed for 6 to 36 months, with no recurrence founded in target region [20]. In 2010, Qiao et al treated 45 cases of oral and maxillofacial malignant tumours (47 lesions) with iodine125 seed implantations under ultrasound-guidance, and the application was generally very accurate [21]. In 2014, Feng and colleagues first implanted the iodine125 seed with the guidance of a three-dimensional printing model for a patient with a maxillary sinus tumour. Compared with CT or ultrasound guidance, the three-dimensional printing model meant less operative time and improved accuracy with better effects [22].

The management of head and neck malignancy needs multidisciplinary cooperation, and improving survival rate and pursuing quality of life at the same time is our ultimate objective. At present in China, most of the head and neck centres have set up multidisciplinary consultation procedures, that utilise multiple current management modalities (including surgery, radiotherapy, chemotherapy, bio-immunotherapy, gene therapy and Chinese traditional treatment) comprehensively in a planned way, in order to improve cure rate and quality of life markedly [23].

In conclusion, with progress of new sciences and techniques, head and neck surgery in China is developing steadily and aspiring to provide a world class service. 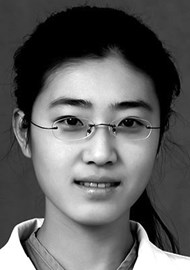 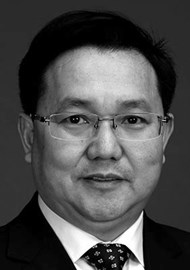