Shooting for Gold: ENT surgery and the Commonwealth Games
By Parag Patel

What are the secrets to success in your career, sports and life in general? Sharp-shooter Parag Patel hits the bullseye again.

I write this article following a wave of summer sporting brilliance, from the record Great Britain 67 medal haul Olympic success to Andy Murray’s triumph at Wimbledon.

Within the ENT world, we have been blessed with so many talented sportsmen and women; Rupert Obholzer (Olympic Bronze 1996), Steph Cook (Olympics Gold 2000) and Abi Walker (Olympics reserve 2012) to name a few. Apologies to those that I have left out, but we should be equally proud of those that highlight our specialty in different arenas, not just sport.

It is not only ENT doctors that tend to have that other interest, but doctors as a whole. This is a sign of varied interest but firm commitment, which is vital in sports and so often called upon during our careers. I suspect much of this is self-selection; why else do university sports teams predominantly consist of medical students studying for five or more years? So having been asked to write about the similarity between sport and medicine with my own success in mind, here goes… 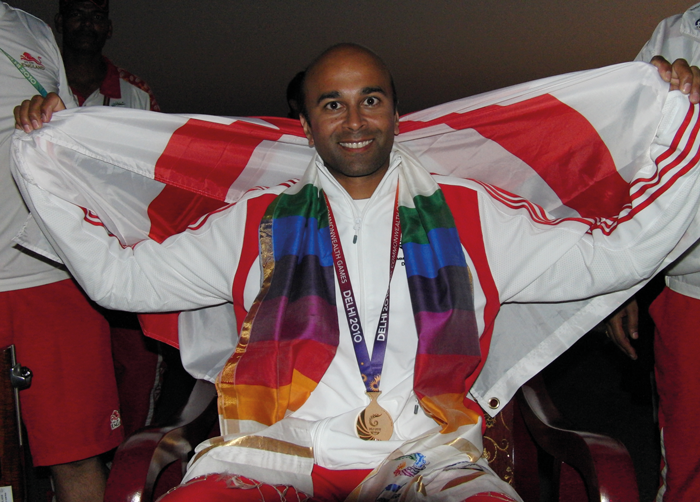 “The benefits of sports training reach across to medicine. As a junior, I recall watching the senior A&E registrars run trauma calls with slick professionalism, despite the significant distractions around them.”

Orlick et al (and I promise my only reference) once asked 100 elite athletes what it took to be the best. The answers were collated in to seven areas: belief, commitment, full focus, distraction control, mental readiness, constructive evaluation and positive images. I will elaborate upon a few…

Having been fortunate enough to have worked with the same sports science team from Manchester during my three Commonwealth Games, I have learned a thing or two about belief. I don’t mean they sat me down, Paul McKenna style and brain washed me into believing I was going to win. But over the many years of learning to control the controllable and not worry about the rest, I got to the point before each games that I started to feel that the result was just inevitable. How arrogant that sounds on paper! But the sports science team worked hard with us to train for every eventuality down to the smallest detail. If we were able to perform at the highest level in all conditions such as wind, rain, thunder and dark, alongside significant distraction, then we would rise above the rest.

The benefits of such training reach across to medicine. As a junior, I recall watching the senior A&E registrars run trauma calls with slick professionalism, despite the significant distractions around them. This is something I was terrible at, mainly due to my lack of experience. However, it was apparent that these registrars would break down their management into small controllable parcels of work that they could separate in order to bring the whole event together.

Only last week, I was walking down the corridor with my registrar discussing how to perform a particular kind of operation - granted a fairly uncommon procedure – and his concern as to how he would ever be able to do it. In all honesty, in this situation, belief comes from repetitive movement and the kind of learned muscle memory that we talk about in sport. 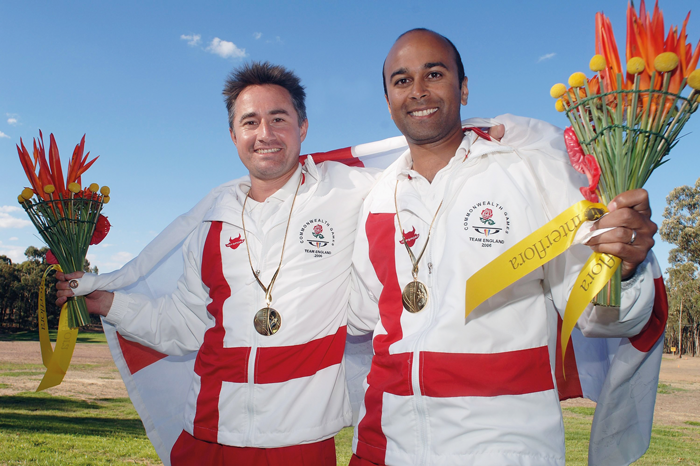 The junior doctor strike, to my mind, is a great example of just how committed our doctors are to patient safety during these difficult times. Whilst there is no doubt the NHS will inevitably move to a seven day a week elective care model, the currently stretched staff resources that deliver five elective care days need to be expanded to match this political mandate. It is encouraging to see my junior colleagues show such commitment to their beliefs; this is the sort of commitment that demonstrates the sort of ownership that is seen in sport. Carl Lewis was once asked what it took to be an Olympic Champion. His answer: “Decide what you want, work out the cost involved and pay the price.”

In all forms of elite sport, video recording is the mainstay of constructive evaluation. I have had the dubious pleasure of being recorded from hundreds of different angles during training sessions, to allow computer software to accurately predict which shots might give me higher scores. In Manchester University’s sport science department, we spent time with the same Vicon machines used by international bowlers; the idea being that repetitive and consistent movements would obtain consistent results. We see this with Hawk-Eye replays during cricket matches.

Having ‘grown up’ with this technique in the sporting arena, I recall spending many hours as a junior doctor with my laptop, watching recorded operations that my consultant had performed, and comparing their movements against my own. The differences I observed would allow me to improve my technique. It is now great to see theatre equipment advances leading to video recording becoming common practice, which will only improve training opportunities. 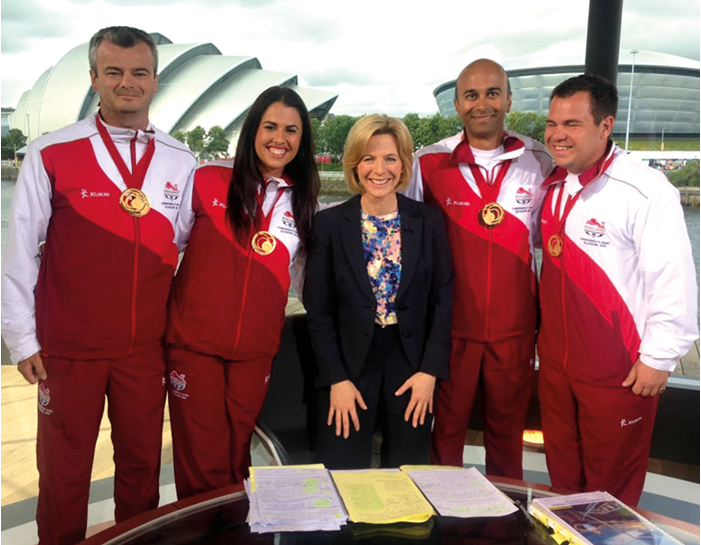 At the US Open this year, Andy Murray lost his focus during a sound system malfunction, which arguably affected his mental strength throughout the remainder of the match.

This is no different from medicine. From an early stage in training, we are repeatedly called upon to manage multiple complex patients across different parts of the hospital, all of which require our undivided attention. This is a cause for distraction which then affects our ability to focus on the patient in front of us.

“The junior doctor strike, to my mind, is a great example of just how committed our doctors are to patient safety during these difficult times.”

Prior to the Melbourne 2006 Commonwealth Games, our distraction training would consist of having a radio playing loudly and a phone ringing regularly whilst we were shooting at long distance. The answer for me is to narrow my attention span down to short periods of time, to be able to perform a specific task to the best of my ability. Some might call this ‘being a man’, but ‘one task at a time’ comes to mind! 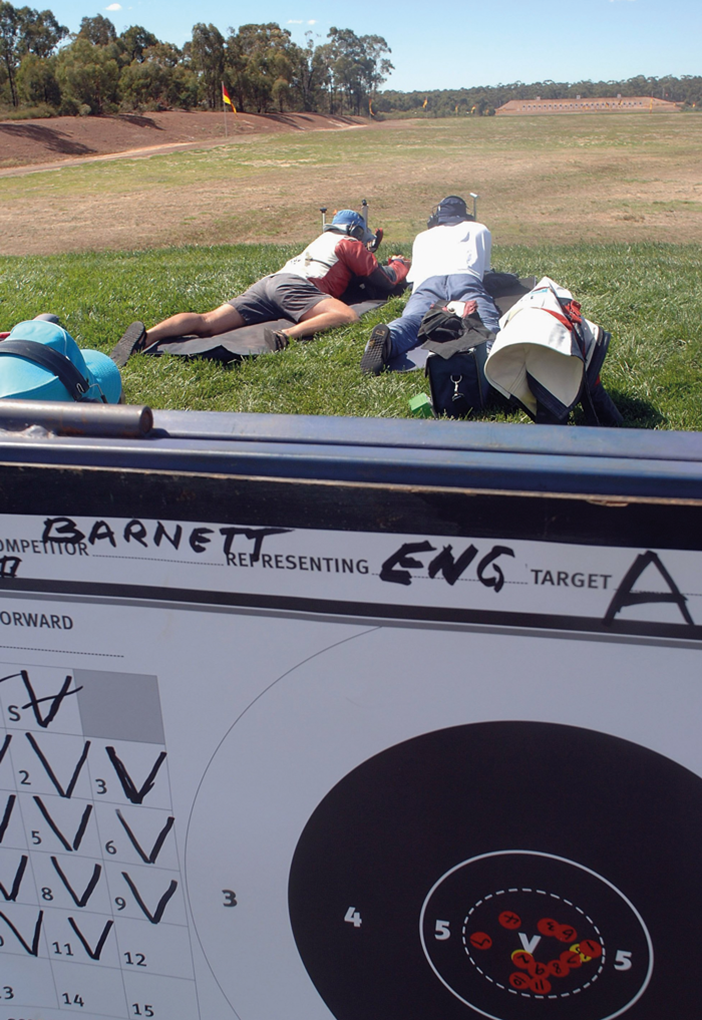 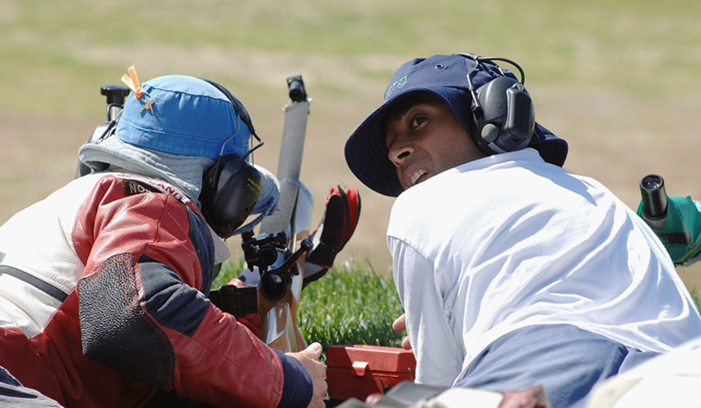 Whilst Orlick’s work focused on the individual athlete, there is no doubt that the highest rewards are found in team sports. My sporting discipline is no different. During the Commonwealth Games, my team mate and I would get to a point of understanding that we would no longer need to use verbal communication; instead, just a look or a nod. We had been over every eventuality in training and just needed to deliver under pressure on stage.

There is nothing quite like the teamwork involved in hospital medicine. Whilst on fellowship in Brisbane, I wondered why the junior doctor mess was the size of a large ward. There was enough seating and free food to cater for all of the hospital’s medical staff. These lavish surroundings were the result of recommendations made, following the investigation of a serious incident. The SI panel reported that the cross-fertilisation of ideas would be strongest if different specialties had the ability to meet, sit down and share thoughts. This could significantly improve patient care and ease the ability to cross-refer. This is something that the UK NHS could learn from.

These are a just a few of the many similarities between medicine and sport, which are, in fact, common across all aspects of life. As my Commonwealth Games shooting career draws to a close, I find myself creating other challenges in my working career that hold my attention. I intend to go about my medical career in much the same way as I did my sporting career; with specific measurable, achievable and realistic targets, and maybe just a little more time spent at home!

Mr Patel is a Consultant ENT Surgeon based at Kingston and St George’s Hospitals Medical School, London. In addition to general adult and paediatric ENT, he has a special interest in otology and skull base surgery. He began his medical career in London, qualifying from Guy’s and St Thomas’s Hospitals Medical and Dental Schools. He then undertook basic and higher surgical training in King’s College Hospital, Guy’s Hospital and St George’s hospital.

After finishing his training, he went overseas to Brisbane to work under the guidance of Professor Bill Coman and Associate Professor Ben Panizza to perform head and neck skullbase surgery. He then returned to the UK for a further skull base and cochlear implant fellowship and locum consultant position in Addenbrookes Hospital Medical School, Cambridge.

He has now returned to his roots in London and mainly practices general ENT with otology and skull base surgery. 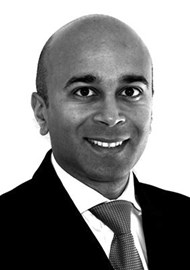