Singing after laryngectomy: Shout at Cancer
By Thomas Moors

Thomas Moors is an ENT junior doctor with a background in music and singing. Combining these interests, he has set up a charity to help patients who have had a laryngectomy. He has achieved considerable public attention, and he tells us about the project.

Shout at Cancer is the only charity in the world that implements singing and acting techniques in voice rehabilitation for patients following a laryngectomy. We try to support the patient and family through different psychosocial mediums. We use concerts and other social activities to engage the public and educate on the layered impact of this invasive surgery. The hole in the neck and the change in voice is just the tip of the iceberg.

“I became particularly intrigued by voice problems after laryngectomy and the difficulty these patients face in their emotional expression. I wondered, would singing techniques make a difference?”

Surgery affects the quality of life in many different ways. Patients have to overcome changes in smell, taste and swallowing. They also suffer from altered neck movement and difficulties in building up abdominal pressure; both compromise static exercises and the latter complicates the opening of the bowels.

As a junior doctor in ENT and with my experience as a chorister (singer), as my interest in voice pathology grew, I became particularly intrigued by voice problems after laryngectomy and the difficulty these patients face in their emotional expression. I wondered, would singing techniques make a difference? 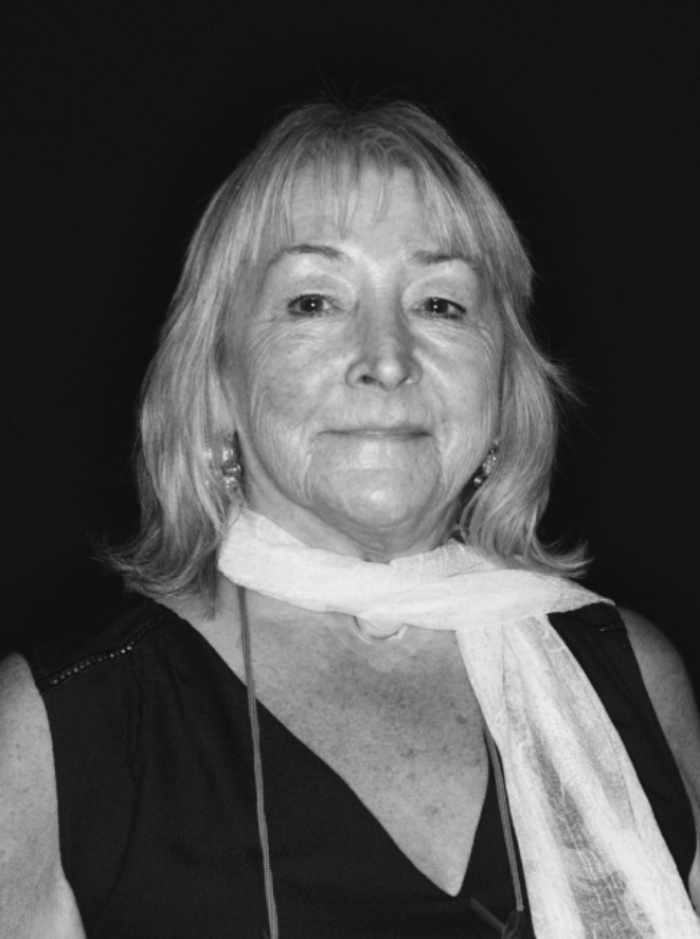 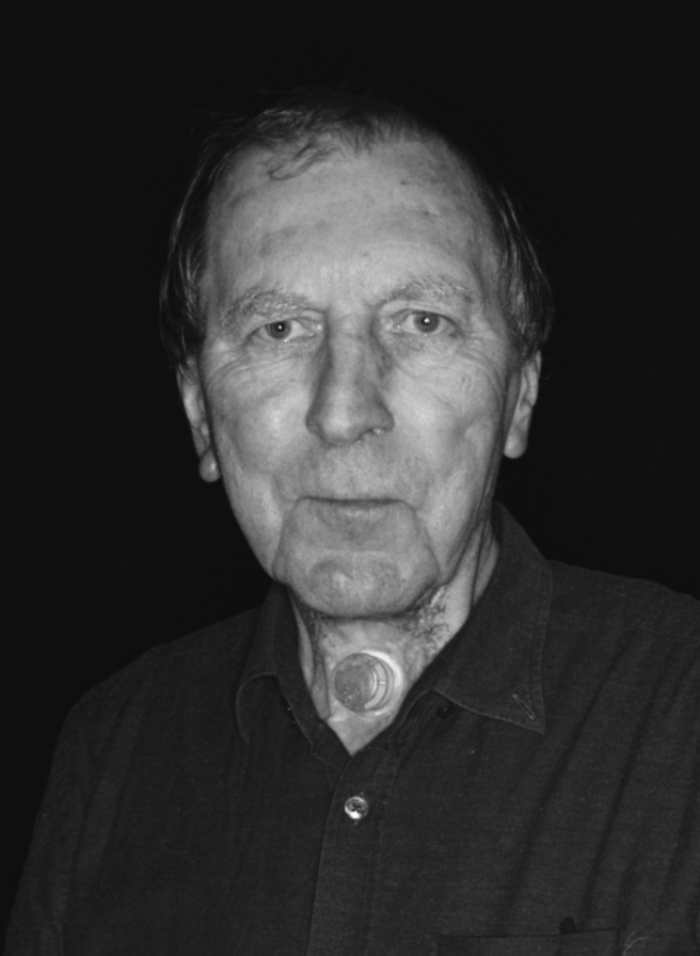 Laryngectomy patients have to deal with significant psychological distress. The combination of all previously mentioned factors makes postoperative coping difficult and challenges social reintegration. They have to manage the fear and anxiety that comes with the diagnosis of cancer. Then, the change in physical appearance - a hole in the neck - and the change in voice are the most obvious difficulties to cope with.

Even though most patients are hoarse preoperatively due to their laryngeal malignancy, the permanent loss of their normal voice has a negative impact on their self-esteem, and the effort involved in speech makes communication difficult. It does not come as a surprise that they often fall prey to mental health issues and social isolation [1]. This further complicates treatment and negatively influences their quality of life. However, systematic review has shown that the use of music may improve general health and reduce anxiety, depression and mood disorder [2].

Both the anatomical change of the airway and stoma breathing have an important impact on respiratory function, a key component in voice production. However most laryngectomy patients have not only postoperative, but also age and smoking-related changes in respiratory function. They have to learn how to maximise the use of their limited lung function and how to apply it in their speech. 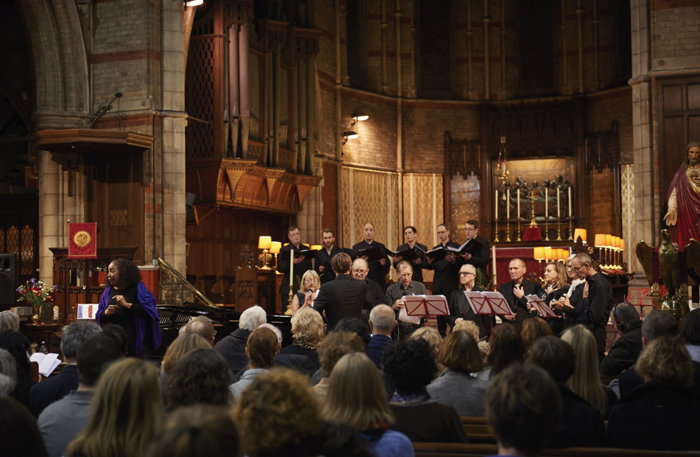 Music is powerful; it facilitates intrapersonal contact, which is a basic human need [3,4]. Music appears to play a role in social functioning on different levels and participation in musical activities may have a health-protective role: music has a strong effect in bonding, making interindividual differences in emotional states more homogenous [5]. From early on in our lives, music is present: for example, it is partly through musical communication in child-parent singing that social ties are created and emotions are regulated [6].

Singing together demands more concentration and adjustment of the voice to the other auditory inputs around you. Patients are forced to control their breathing and voices even more; they end up more efficient in phonation and intonation. This project intends to take it to the next level and aims to get patients socially interactive in a creative way. Music is a powerful tool for bonding, as it leads to increased social cohesion of a group [5]. Getting patients interactive in a choir is a social activity that really boosts their confidence.

It is for these reasons that, together with a team of singers and actors, I have established the charity, Shout at Cancer. We introduce singing and acting techniques to laryngectomy patients to help improve their speech. The effect of breathing and specialised voice exercises helps them to explore and control their voice, and combining it with music and poetry has an uplifting effect on their mood.

In our first year as a charity, we’ve held successful musical concerts in Cambridge’s Christ College Chapel, the Emmanuel Church in West Hampstead, London and the Belgian Embassy in London on invitation by his Excellency, Mr Guy Trouveroy, the Belgian Ambassador to the UK. At these events, the laryngectomy patients sang before a large audience (up to 400), accompanied by a choir, pianist and opera singer. Our sessions are attended by a group of people sharing similar vocal and health issues. Attending rehearsals and sharing the same goal in learning exercises and music is very motivating and supportive. Taking up the challenge to perform together on a stage is a big thrill.

One of our members, Annie Humphries, was a live guest on Saturday Live on BBC 4 radio and she has even performed extremely well on Countdown, a prime time game show on ITV national television.

We have pushed our boundaries even more and have been working on a song in view of the upcoming Paralympic Games. How better to symbolically support everyone who is participating in this inspiring event than to cheer for them with the voices they’ve had to work so hard to regain? Although the song hasn’t yet been released, we thought we’d give the honour of the first publication of the lyrics to ENT and Audiology News.

Together we shout louder

Champions, that’s what we all are
Strength, courage and will power
That’s what got us all this far

Together we shout louder

Now you go for gold, tomorrow for acceptance,
Breaking limitations and overcoming expectations,

We thought we had lost our voice,
But now our message is clear and strong:

Don’t let the small things be the hardest,
Together we shout louder!
Louder!

The lyrics are written by one of our group members, Sara Brading. She has been subjected to months of silence due to valve problems and reconstructive surgery, so it is as if the group has become the voice that communicates her words.

“In singing, patients are forced to control their breathing and voices even more; they end up more efficient in phonation and intonation.”

The aim of our project is to encourage participating patients to become involved with the rehabilitation of others who are less accomplished in their speech, and to create opportunities to perform in art. These activities are not only important to increase awareness and improve public education, but also in fundraising for investment in further throat cancer research and to improve voice rehabilitation and social reintegration after laryngectomy. It is a unique project where patients can take part in the care of others, whilst they are still improving and maintaining their own communication techniques.

Voice training also becomes an important free time activity. At the same time, participants contribute to research, the outcome of which ultimately affects them directly.

Declaration of Competing Interests: The author is the Director of the charity, Shout at Cancer.

Dr Thomas Moors is a junior doctor in otorhinolaryngology with a special interest in voice pathology. Driven by his passion for music, he has gathered a team of opera singers, actors, speech therapists and laryngectomy patients. Together they incorporate music, acting and art into post-laryngectomy rehabilitation and social reintegration. 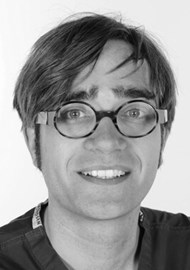